Serving as an important stepping stone towards Arma 3 Apex – a major expansion coming in 2016, Bohemia Interactive today released the Nexus Update for Arma 3. Highlights of this major new update include the improved and expanded End Game multiplayer mode, refinements to core game mechanics such as 'stamina' and 'personal protective equipment', as well as the option for Arma 3 content creators to define 'mod dependencies', which enable the automatic installation of mods that require other mods on the Steam Workshop. 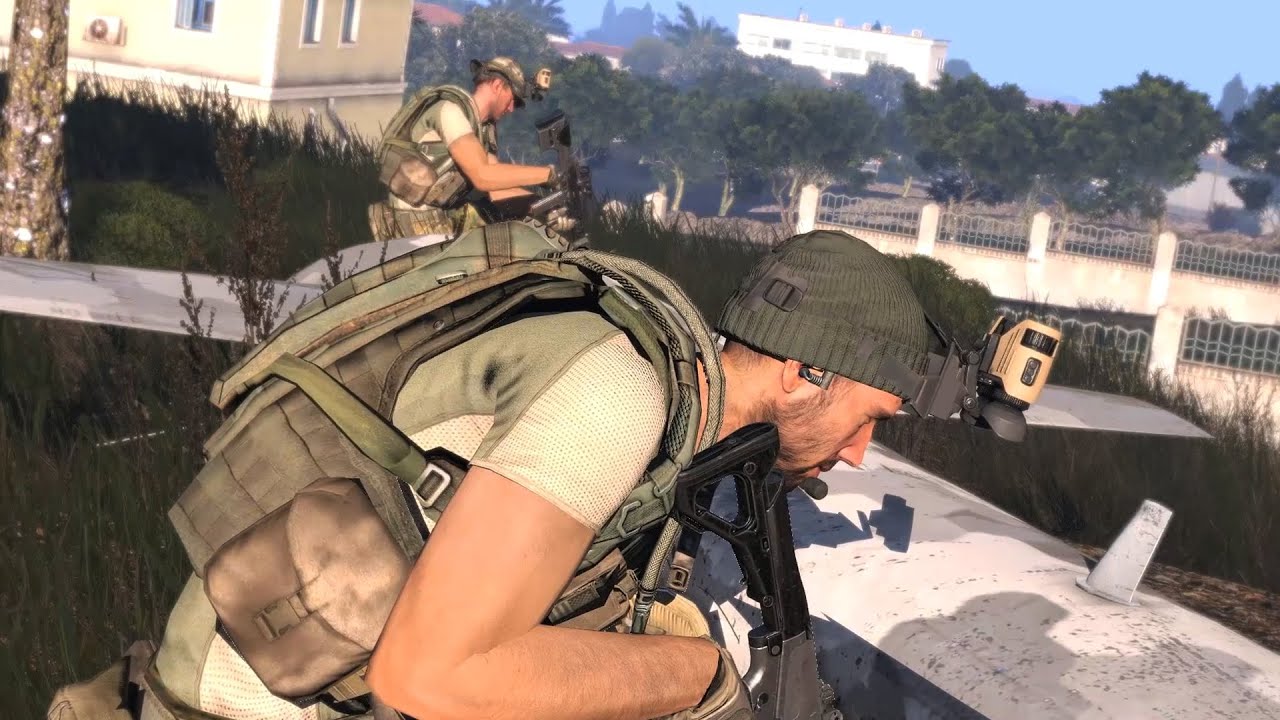 First and foremost, the Nexus Update adds two additional instances to End Game (Feres & Zaros), and improves the already available Kavala scenario. Each of the three scenarios has a distinct gameplay focus, ranging from small-scale infantry engagements to more long-distance (vehicle) warfare, with player counts between 8vs8 up to 16vs16. Besides the additional and improved End Game scenarios, the Nexus Update adds a brand new multiplayer system in the form of 'Spectator Cam', which, as the name implies, allows players to join a lobby as a spectator. The Spectator Cam system is designed to be modular. This means that, even though it has been purposefully developed for End Game, it can also be applied to, and modified for, community-created game modes.

What is End Game?

End Game is a relatively new multiplayer mode in Arma 3, which was first introduced in the free platform update that accompanied the Arma 3 Marksmen DLC. In End Game, two sides compete to locate and secure valuable schematics, featuring a combination of PvE/PvP gameplay across three phases. In the first phase, each team has to establish a Forward Operating Base (FOB) by clearing out AI-controlled enemies. Then, in phase two, both teams need to download intelligence by completing small objectives. The team that completes phase two first, triggers the third phase, and receives the location of valuable schematics. To win the game, these End Game schematics need to be delivered to a designated upload site, while the other team fights them for possession.

Besides End Game, a key focus of the Nexus Update is to refine core game mechanics related to movement and shooting. With the implementation of a new stamina system, the game provides a more logical and better communicated way of determining a player's ability to sprint and, subsequently, their aiming precision. The new system factors in a player's current loadout and other elements like terrain, meaning that those who plan and move thoughtfully are more likely to remain combat effective. Another important change comes in the form of a refined 'hitpoint-based' damage model for characters. This enhances the lethality of shots to unprotected parts of the body, rewarding marksmanship skills and making personal protective gear more meaningful.

Alongside the Nexus Update, Bohemia Interactive today also deployed the Foundation Release of 'Arma 3 Units' - a web-based service for connecting Arma 3 players with Arma community groups. In essence, Arma 3 Units could be described as an online catalog of Arma community groups (referred to as 'units'), and a promotional/recruitment tool for new and existing groups/clans. While the initial launch of the website delivers the core components of the service, namely the browsing of units and registration of new units, Bohemia Interactive intends to add more features later on. The development plans for the service are further explained in a special post on the Arma 3 dev blog.

Last but certainly not least, in support of the Nexus Update, this Saturday Bohemia Interactive will be hosting the final match in the official Arma 3 End Game Tournament. In this tournament, 8 teams – composed of Arma 3 developers, community groups, and other special guests – faced off for the glorious title of Arma 3 End Game Champion. Similar to the Quarter- and Semi-Finals, which were already covered in live streams throughout November, the Final match (Arma 3 Ambassadors vs RG Task Force) will be live streamed to www.twitch.tv/arma3official on Saturday December 5, starting at 18:00 UTC, with commentary by community shoutcasters Mic One and Stardog. More information about the End Game Tournament rules, teams, and streams can be found here.

If you want to learn even more about the Nexus Update, be sure to read this new dev blog by Creative Director Jay Crowe. The complete changelog for the Nexus Update (1.54) is available for further examination at http://dev.arma3.com/post/spotrep-00049.