The ’90s represented a big leap forward in the gaming industry. Desktop computers were gradually entering households, and with them, the demand for content grew. At least that's what the western market looked like, where video games have long been a well-established item that has earned its place in the sun among other parts of the entertainment industry with every technologically advanced title. In the Czech Republic, however, the gaming industry had most of its story ahead of it. Many of its chapters were written by brothers Marek and Ondřej Španěl, who set out on a long journey to Bohemia Interactive since their first acquaintance with computers in the ’80s, as did their longtime partner Slavomír Pavlíček.

Games in the Czech Republic had, of course, been already created in the ’80s during the totalitarian regime, but they were not even remotely similar to western titles. Few people had access to computers, so it was rare to be able to work with them or even to program. It was no different in the case of Marek Španěl, who got his first computer in the mid-’80s. Before that, however, he had the opportunity to come into contact with video games for the first time. In 1983, he saw Space Invaders and Battlezone with his own eyes, and although he could only watch at the time due to the price of games, he was enchanted at the age of ten. 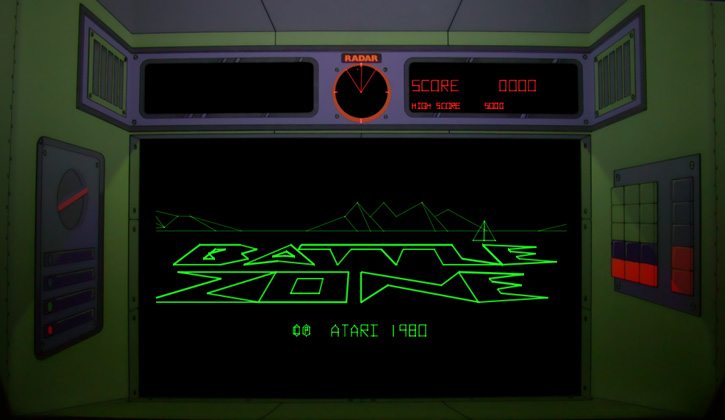 Just two years later, in 1985, luck smiled on him and his brother Ondřej. "The oldest brother Patrik traveled to the Physics Olympiad, and because he was very skilled, he was able to win prizes there, so we were economically able to obtain computers, which was nothing to sneeze at the time," recalls Marek Španěl in an interview with Echo. It was during his trip to Sweden that Patrik Španěl bought an 8-bit Texas Instruments without a cassette player, display, or software. Even so, it was a great rarity, although it was a relatively old piece of technology from 1979 and was not very widespread in Europe.

Nevertheless, this precious piece of hardware aroused great interest amongst the Španěl brothers. Marek himself dates back here, to the mid-1980s, his decision to devote himself fully to games. Thanks to this, he was able to start writing his first simple programs and games in BASIC. "There was no way to save them, so we had to rewrite them every time we shut down the computer," Marek recalls in an interview with LEVEL magazine. It was one of the reasons he felt compelled to create his own home-made hardware, something that was common in the Czech Republic at the time. As Marek recalls, they put together a floppy drive at home.

None of the brothers were discouraged by the Spartan conditions because, following the example of many game developers and visionaries, Marek believed that quality titles could be made at home from scratch without the backing of game companies. His first attempts were in the style of Space Invaders, and as Marek recalls, the game was basically just catching falling eggs from castle battlements. 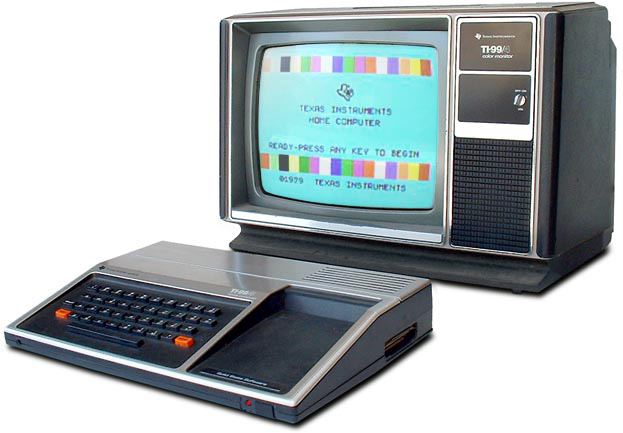 For anything else, the BASIC programming language was starting to be insufficient, and it was time for the Španěl brothers to switch to a new computer. Therefore, there was nothing left to do but to buy a new machine, which turned out to be an 8-bit Atari computer, on which they learned to program new and more demanding games. "Sometime in the late 1980s, my brother Ondřej visited a programming camp where the News Archive was being filmed, and to this day I can see him standing in front of a blackboard saying, 'The future belongs to the C programming language,' and then he went back home and we continued programming in BASIC,” laughs Marek Španěl. But it took a good five years for the brothers to get to program in C, because until then, despite Ondřej Španěl's visionary outlook, they mainly used BASIC or Pascal. 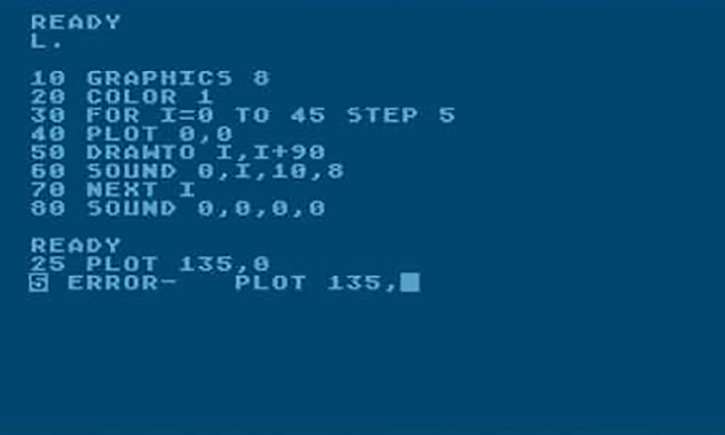 An example of BASIC code

At the same time that Marek and Ondřej Španěl began to get acquainted with programming in BASIC, Slavomír Pavlíček also got his first computer. “In 1985, I bought an 8-bit Atari XL computer. At first, I played games on it, gradually started programming static calculations for school, and only then did I start creating games with other friends,” Pavlíček recalls in an interview for lidovky.cz. Atari was one of the popular platforms at the time, so it is no wonder that the Španěl brothers and Slavomír Pavlíček got to it independently of each other.

As Slavomír Pavlíček recalls for idnes.cz, right after the purchase of his first Atari XL in 1985, he was at the birth of the cell of the Atari club in Prague-Strahov. These clubs were established in the 1980s in Czechoslovakia, mostly at the Socialist Youth Unions or Svazarm (Union for Cooperation with the Army). The clubs made it possible to organize activities and, above all, these associations were among the few to have access to computer technology. Despite the fact that the clubs were connected to the state apparatus of the time, they encountered various bureaucratic snags and, according to sources in Jaroslav Švelch's work, Eight-Bit Seduction. In other words, the beginning of the culture of computer games in Czechoslovakia was also threatened by StB espionage in otherwise apolitical organizations.

The Strahov cell of the Atari club was established under the banner of Svazarm and "focused on the production and sale of accessories for these home computers," Pavlíček adds.

Like Slavomír Pavlíček, the Španěl brothers also bought the Atari XL. They tried to create simple games on it, which they then followed up with their first 3D game, B.L.O.U.D., in which the goal was to get a bulldozer out of a maze. As Marek recalls, it was not a marvel from a designer’s point of view, but the game excelled on a technical level. But there was no chance that he could make a living by developing games before the Velvet Revolution. The Communists did not support private enterprise and everything else was heavily regulated.

At that time, Ondřej Španěl nevertheless developed his own assembler for the Atari XL, which was to serve as a simple and effective editor for working on the Atari. The Španěl brothers wanted to get it beyond the borders at the time, because it was better than all similar tools. "But it was not possible without state-controlled organizations like Svazarm," Marek recalls in LEVEL magazine.

Entrepreneurship for the demanding

The conditions for the authors themselves were difficult. The chances of making some money were zero, so all that remained was to continue writing their own games and software at home, learning, and waiting. As the fall of totalitarianism approached, it also eased regulations in the field of entrepreneurship, which Slavomír Pavlíček immediately decided to capitalize on. In 1989, therefore, he co-founded JRC under the auspices of the Socialist Union for Cooperation with the Army. Jiří Richter, the author of the Turbo 2000 system for Atari, whose name the company also bears, was also at the birth of the company (JRC is an abbreviation for Jiří Richter Computing). It was from him and two other partners that Slavomír Pavlíček later bought the company and kept the name. "No one here knew what an original game meant and that they should buy the game. From one store at the Strahov dormitories, JRC gradually grew into a network of retail stores and became the largest Czech retailer, which did not escape even foreign investors,” Slavomír Pavlíček explained to lidovky.cz.

Entrepreneurship was very demanding at the turn of the eighties and nineties, and individual entrepreneurs often had to adapt their range of products not only to the area in which they wanted to do business but also to active demand. The law required to offer an original range of products in combination with a new offer, and so JRC became an interesting combination of classic stationery and a modern island of technology. The company first sold publications, accessories, and software for Atari, then later began importing computer games. During the 90’s, JRC even became a partner of Sony’s and distributed the PlayStation console in the Czech Republic.

A major turning point for both Slavomír Pavlíček and Marek Španěl occurred in 1992 when Marek joined JRC as a salesman. "I enjoyed the games so much that I wanted to do something with them and selling them made more sense than continuing to study at the Faculty of Mathematics and Physics," Marek recalls for the LEVEL magazine. Following in the footsteps of his brother Patrik, Marek spent a year studying physics, but it intuitively drew him into the world of video games. 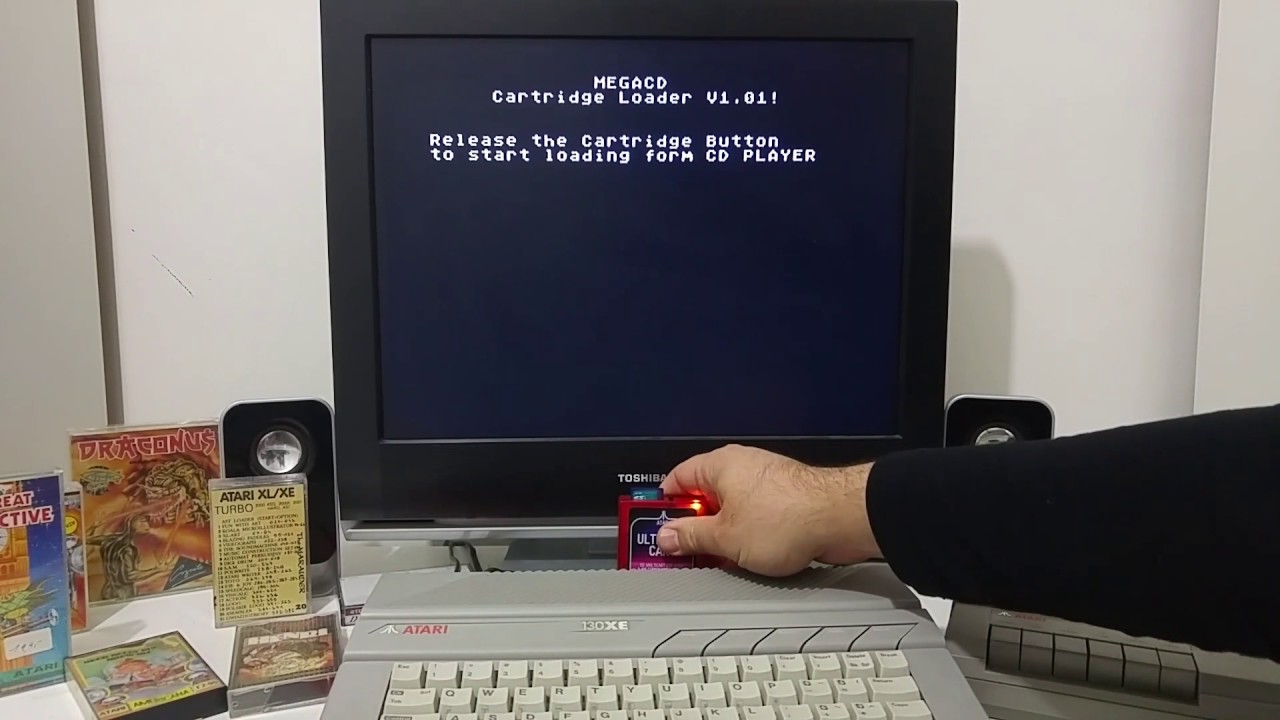 At that time, JRC stores were gradually worming their way across Prague. After the first branch at Strahov, it founded its second branch in the form of a market stall, where 8-bit computers were sold and games were on cartridges. "It was really meager. The stall was the size of a table in an old town market next to vegetables. These were the beginnings," Marek Španěl explains. The PC Shop branch was established as the third one after that.

Very few people could afford games at the time. As Marek Španěl and Slavomír Pavlíček remember, it was really built from scratch in all respects. "It was magical that one could experience something like that. It was a rare coincidence: a field that developed rapidly and at the same time the country was changing profoundly; those opportunities arose at the time,” describes Marek Španěl for Echo.cz. Thanks to this, JRC managed to establish itself not only among retail chains but also among game importers. “At one point, we were by far the most important company on the Czech gaming market. At that time, the development of games, which was still a marginal part of the business, could not be done full time on a professional level,” adds Marek Španěl.

Nevertheless, he managed to release the first full-fledged game in collaboration with Slávek Pavlíček. It was Invasion from Aldebaran for the Atari ST, for which the two-man team of the Španěl brothers received an advance of a then incredible five thousand Czech Crowns, with the promise that any profit from sales would then go into their pockets as well. For Marek Španěl, it was a huge motivation, which convinced him to continue devoting himself to games. The title of the game is based on the short story of the same name by the Polish science fiction author Stanisław Lem, in which a pair of aliens explore Earth and prepare a breeding ground for invasion. It is not for nothing that the name and content of the game adhere to the alien invasion. While the name refers to a short story, the game itself is a clone of the arcade cabinet legend Space Invaders, in which players fight enemies which gradually swoop down. 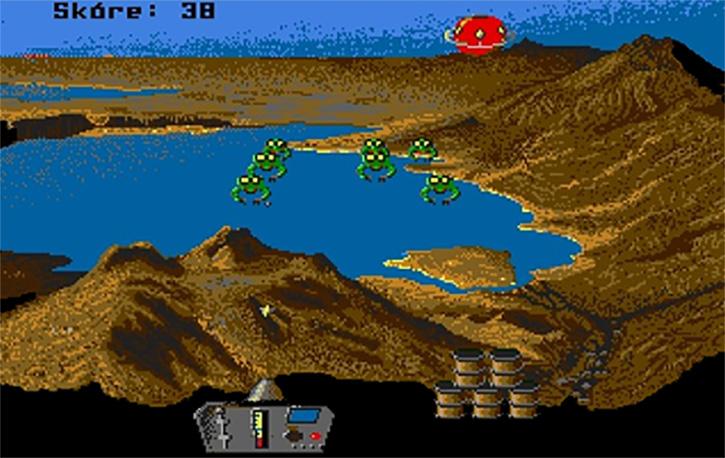 Invasion of Aldebaran was a boost for Marek Španěl and motivated him to continue working on games. He also decided to continue to maintain a beneficial relationship with Slavomír Pavlíček and JRC. Soon after Invasion, another game for Atari - known as Gravon - followed, laying the groundwork for a game that became synonymous with Bohemia Interactive. But we will talk about that next time.

As we turn a new page in the story of Bohemia - powered by our new Enfusion technology, we decided to invite Czech journalist Pavel Skoták to cover our 21-year history in a series of articles.