Bohemia Interactive, creators of the award-winning Arma™ series and DayZ™, today announce their first planned DLC for Arma 3: Arma 3 Zeus. Made available in the second quarter of this year, the free Zeus DLC delivers a new form of multiplayer, in which players can take on the role of Game Master and curate the online battles of other players. The concept is further introduced in the DLC’s reveal trailer.


Improvisation is the ultimate key to success in Arma 3 Zeus. Inspired by popular tabletop games such as 'Dungeons & Dragons', a limited number of players can assume the role of Game Master, and influence the multiplayer experience of those with boots on the ground. Watching the battlefield from a bird's-eye view, wielding an intuitive real-time editor, Zeus can create, manipulate or expand mission content to generate new stories and a flow of challenges. The result is incredibly dynamic, unscripted combat gameplay - and multiplayer sessions which are filled with unexpected, challenging, and creative events.

The Zeus multiplayer concept works across all familiar multiplayer game types, such as Team Deathmatch and Sector Control, where players can either work with or go up against Zeus. The most distinctive game type in Arma 3 Zeus, however, is ‘Zeus Game Master’. Here, Game Masters are entirely free to create objectives, spawn units, and steer players across Arma 3’s massive Altis and Stratis terrains. 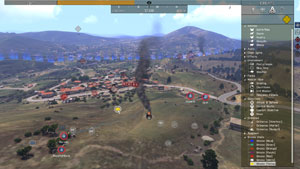 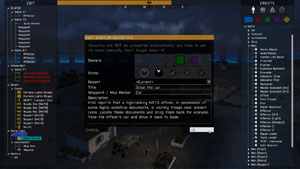 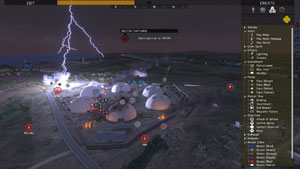 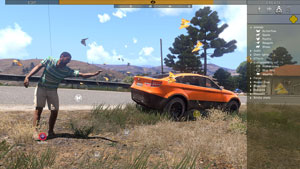 On top of the diverse range of official Zeus scenarios that will be available, Arma 3 Zeus can also be implemented into player-created multiplayer scenarios.

"The best thing about Arma 3 Zeus is how naturally it fits within the game. Dynamic combat, massive islands, and editing features - it was all there. But now we've added an interface which gives players full control over the multiplayer experience", said Zeus’ Design Lead Karel Moricky. "The Zeus system is pretty modular too, so community creators can easily use it in their missions. Or take it apart and turn into something completely different. There are no rules, only those you make yourself.”

While the reveal trailer already gives a taste of what to expect, the Arma 3 development team will also be hosting an official ‘Arma 3 Zeus Gameplay Reveal’ livestream this Saturday, February 15th, at 17:00 UTC. During the livestream, Zeus’ Design Lead Karel Moricky and Arma 3’s Creative Director Jay Crowe, alongside other core members of the Arma development team, will be giving a one-hour demonstration of how it is to play as Zeus and what it’s like to be one of Zeus’ subjects. The session will be streamed live from Bohemia Interactive’s HQ in Prague onto Arma 3’s Twitch.tv channel.

For more information about Arma 3 Zeus, please visit zeus.arma3.com. Also be sure to keep track of the Arma 3 social channels (Facebook, Twitter) and stay up to date of all the latest developments.