So this vacation period of the year is called the silly season. Or cucumber season, here in the Czech Republic. Why? Well, because it’s silly to imagine a cucumber on the chair of your vacationing colleague. But enough about gardening, you want to know what happened last month and we want to tell you.

We Bohemians love to help people in need, so it gives us incredible joy to share with you that we managed to sell over 52.000 bundles during Bohemia Interactive Humble Bundle 2020 and raised a significant sum of money for charity purposes. This announcement is not only this month’s Top Tweet but it’s also our top boost. I mean the stats speak for themselves.

Attention all you that love our cool merchandise, a new layout is being cooked up, so stay tuned for more announcements.

Last but not least, a little heads up: If you see Ivan running around your country taking pictures of buildings, rivers, even sole rocks, don’t be surprised, he does that sometimes, he’s also interesting in so many other aspects, read more about our grandmaster class creative director in the new Meet the Bohemians: Ivan. 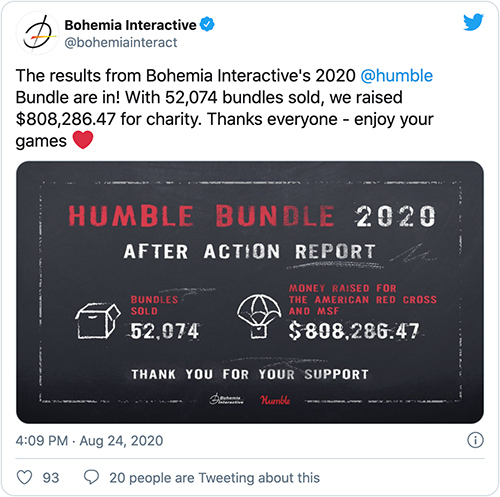 Covid-19 stole our chance to meet the Vigor fans at Gamescom in person, but we still used the opportunity to announce THE BIG NEWS during the digital gamescom. Vigor is coming to PlayStation platforms this fall. PS4 version will release on November 25 and PS5 version will follow during the Holiday season 2020. We've also announced the release date for Nintendo Switch Free-to-Play version which will be available on September 23. Watch the announcement trailer and wait for the details, mainly about PlayStation versions launch.

Yes, go dust off your tomato egg timers, because update 4.1. has been released for Vigor, making improvements to the spectator mode in Encounters, but also adding new things such as the possibility to earn Battle Pass XP for simply exploring the map, an option to buy the premium tier of Battle Pass with additional levels at a discount (that will come in handy, because there are +25 more levels to progress), and more! Go read the blog post and watch the Dev Stream.

But believe it or not, that isn't the end of the big news for Vigor this month. Vigor had a birthday and celebrated its 1st Anniversary. While celebrating we hosted an Anniversary week (learn more about it in this blog and stream) and we announced a Community contest which we encourage you to engage in. You’ll find all you need to know about participating on our web page.

For those of you who can’t get enough of Vigor news, be sure to check out the new Community spotlight, our brand new TikTok page or a Mixer Refugee Partner showcase video. 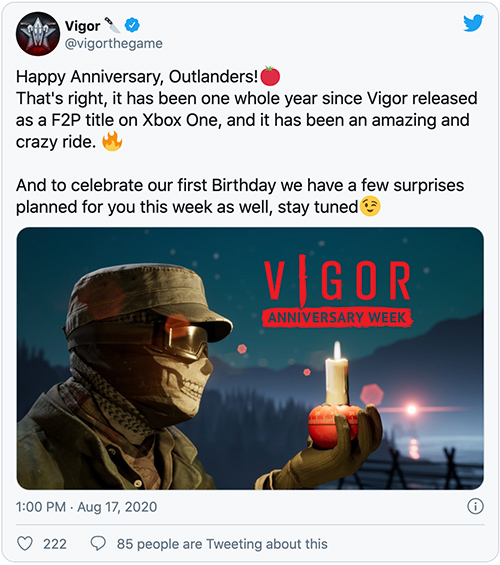 There's a great thing on the horizon. It’s update 1.4! Just a few more days and it’ll dock in your port and revolutionize the way you go about creating. Until this boat gets here however, there’s stuff to check out:

First off, we introduced a neat little segment we call Naru's Corner. In it, our in-house Editor Genius Naru shows off his skills and teaches creators how to create some spectacular effects and game features. He'll be posting a video every two weeks, so look out for that.

We’ve also celebrated one year since Adam became our Community manager, and in his sentimental moment Adam produced a video thanking all of you for making this community his family.

And finally, we’ve also launched the Ylands Experimental Build, so you can test out the latest build and let us know what needs a bit more tweaking. 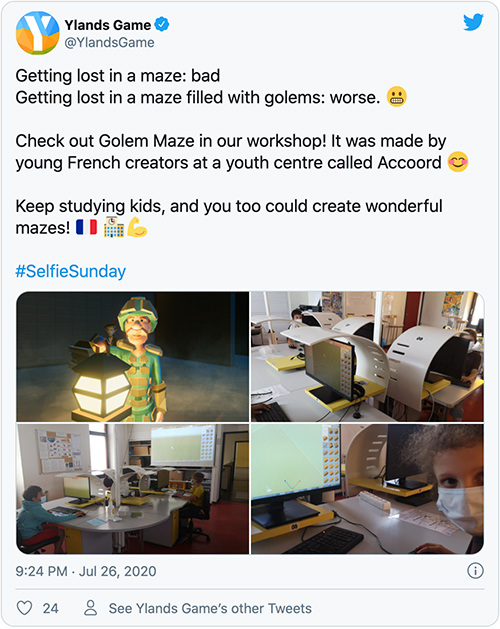 If you’re not afraid to experiment (I know, as a DayZ player, you can’t be afraid!), join our experimental server in testing the next update 1.09. Plus, there’s more than just testing going on. With the experimental update we’re also kicking off a #Dayzbasebuilder challenge. Be known throughout Chernarus by winning your own Flag in-game! 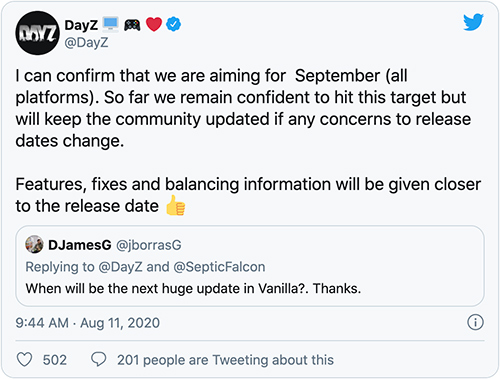 We Bohemians love to support charity, so the Arma 3 Art of War competition is a big thing for us. We announced the winners on #WordHumanitarianDay on August 19. Let us remind you that the related charity DLC is expected this year and all the revenues from the fundraising period will be donated to the ICRC. Also, at the end of 2021, that DLC will become available for free to everyone. See this page for more.

Like every month, our Community Manager Nillers was scanning for cool, new player content. It seems he was successful. Let him convince you by reading Community Radar #17. 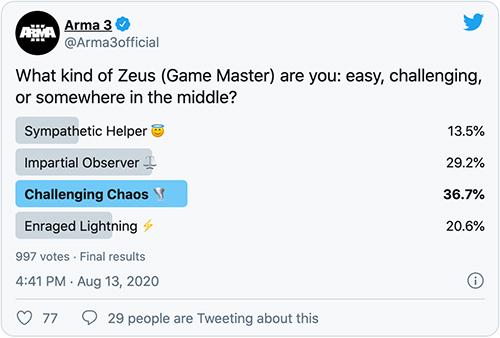 That concludes August Recap. See you on our Facebook, Twitter, Instagram, and LinkedIn, where you will always be informed on what's happening here at Bohemia. Good luck to those going back to school and mainly: Stay calm and play games!