We're now officially halfway through the year, and can look back on our busiest month of 2020 so far. Nearly all of our live games received a significant game update, and a lot more goals were accomplished behind-the-scenes. So, without further ado, it's time for a Recap of our public highlights in June:

In the very beginning of June we were surprised to see the false rumor that Bohemia Interactive had been acquired by the Chinese multinational Tencent. While Tencent is a valuable partner for us on Ylands, we have always been, and still are, a privately-owned, independent company. Our CEO, Marek Španěl, posted a short message on the Bohemia forums to confirm that the news is not true – but it seems that he might consider offers that would allow him to retire as an Old Man on Tanoa ;-)

For our latest Meet the Bohemians interview, we checked in with our young design/scripting veteran, Josef Zemánek – who is also the creator of Arma 3's official Warlords multiplayer mode, among many other things. Read the full interview to learn more about what he does, likes, plays, scripts, designs, reads, and more. 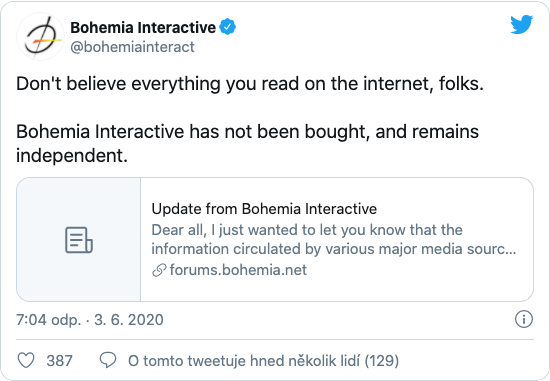 On June 17th, we released Vigor update 4.0 on Xbox One, which kicked off Season 4: "Warlords". It added four new weapons, two distinct uniforms, two helmets (with many variants), gloves, backpacks, various gas masks and goggles, plus the possibility to wear face paint. We've also listened to community feedback and made some changes to the premium Battle Pass, which is now less expensive and comes with more Experience Boosters.

But that's not all. Season 4 features a new experimental 5-vs-5 game mode called "Elimination", in which you either need to eliminate the enemy team or capture an objective to win the round. Meanwhile, we've added more tactical options to "Encounters" by introducing two new tools, namely the Jammer and Mortar Strike. And the Shelter has gone through some renovations as well. You can now find your crafting table in the all-new Armory Cellar, where you can also see your collection of weapons and blueprints on display.

Find out more about Vigor Season 4 in our developer's blog post and watch the trailer on YouTube. Also be sure to add Vigor's latest Dev Diary video to your watch list, in which we talk more about Season 4 and briefly discuss the upcoming Nintendo Switch version of the game. 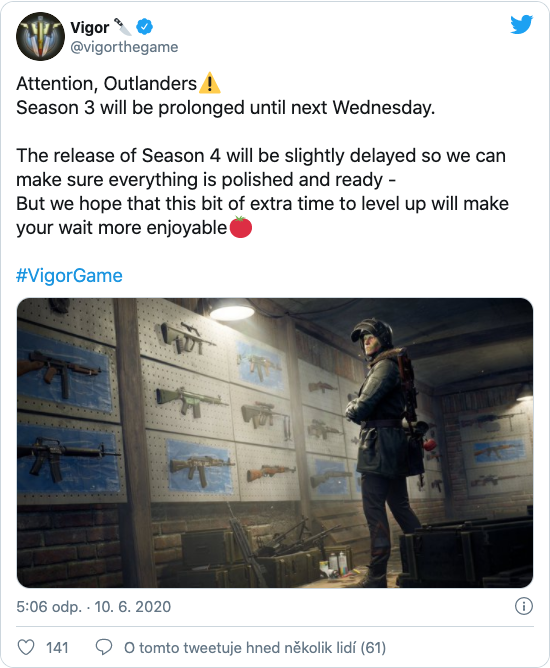 Our cheerful sandbox game Ylands received a major upgrade in the form of Update 1.3 (codenamed: "Watery Water"). As the name implies, one of the highlights of this update is deep sea exploration using scuba gear. Plus, Creators can use the new water volume tool in the Editor to make their very own puddles or lakes. Another highlight is that every existing creature can now be tamed, ridden, and some even 'harvested' (for wool, for example). The update also delivers new terraforming tools, as well as new basic shapes available in the Editor. Do watch the update video to see what else has been added or changed. The full changelog is available for examination on the Ylands forums.

The Ylands team has already started to work on the next big update: 1.4. This will see the release of the Creators Club, which will bring our Creators together in a game-creating machine. Before that's ready, however, we'll already be rolling out our first asset update, that we’re calling a Goodie Pack. These Goodie Pack updates will be released between major updates and will contain cool assets for Creators and Explorers to enjoy, while they wait for the ‘next big thing’. Our first Goodie Pack will be very wacky indeed, with a Pump-action Corngun and a Banana Pistol being added to the arsenal (among other weapons) and funny sunglasses and sticker assets for Creators to use. These updates will also serve as a chance to hot-fix urgent problems that might arise from major updates. Check out Ylands' Dev Diary #134 for the first Goodie Pack reveal.

Meanwhile, our Ylands team wishes to take more inspiration from the community itself and what they feel should be added/improved in the game. Our team started by asking the community to share their thoughts on the UI (User Interface) of Ylands and there's been some really useful feedback. We then also sent out a survey to uncover the most pressing changes that players would like to see. You can read more about this in our Dev Diary #132 and Dev Diary #133 and you're all most welcome to share your suggestions there as well. 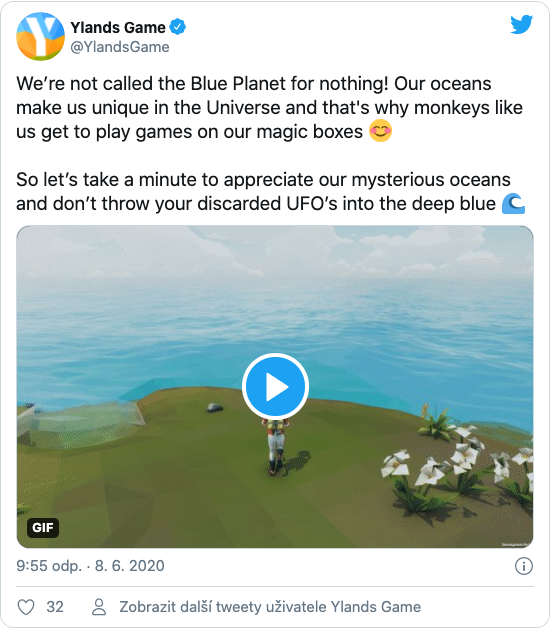 Just before the release of update 1.08, we updated DayZ's branding with some new key art and a trailer. You can see the new art in its full glory here and the trailer was uploaded to the DayZ YouTube Channel. We hope you like it!

But the main event in June was of course the release of the much-anticipated 1.08 update itself, which is now available on all DayZ platforms: Steam (PC), Xbox One, and PlayStation 4. This update made some significant changes to how a base can be raided, and specifically to how their defenses can be destroyed. Tents and storage items such as barrels and crates can now also be destroyed by using standard melee attacks, firearms, or explosives.

We've also made changes to fireplaces, weapon sway, and the effects of holding your breath. Plus there were various tweaks to vehicles, including how they spawn into the world, their brake power behavior, and we've added the new ability to pull dead bodies out of a car. Furthermore, there is a new weapon (Sporter 22) and several other new items, and we've added new locations in Chernarus. The update implemented lots of fixes and tweaks as well. You can watch the update teaser video on YouTube, and the full 1.08 changelog was posted to the DayZ forums.

As always our team will continue to monitor for potential issues following the 1.08 update and address them as soon as possible. Game crashes are best reported to our Feedback Tracker. Thank you! 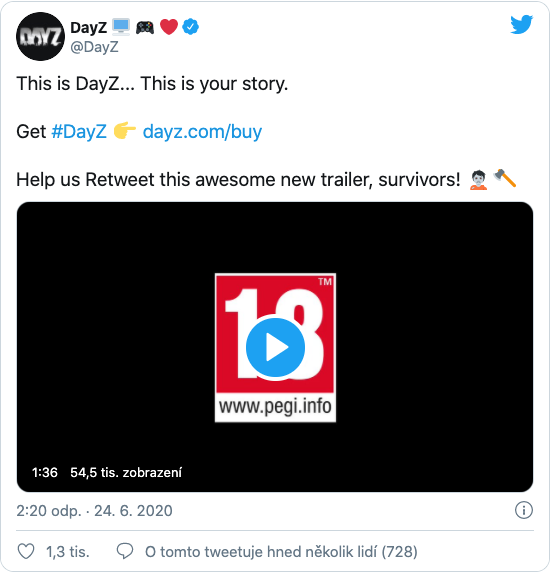 The first Arma 3 Creator DLC, Global Mobilization - Cold War Germany, was released over a year ago, but that didn't stop its third-party developers (Vertexmacht) from adding new free content to what was already a very impressive package. Update 1.2 was released on June 23rd, and added 3 helicopters (+ 15 variants), 2 airplanes (+ 2 variants), 1 ground vehicle (+ 2 variants), 4 weapons (+ 3 variants), various clothing and gear, and more. It also implemented lots of fixes and tweaks. Watch the trailer on Arma 3's YouTube Channel and check out the update changelog on the Bohemia forums. If you haven't already, now's really a great time to jump into Global Mobilization's Cold War Germany.

The Arma 3 Art of War contest is well underway and we still have two weeks to go until the submission deadline on July 15th. Responding to requests from the community, we've decided to allow regular game screenshots in the 2D art category (but they should still follow the theme of "International Humanitarian Law in future conflict"). We also created a new bonus Screenshot category for screenshots on any theme or subject. The 3D asset categories (Props, Accessories, Clothing) remain unchanged. So, if you want to win some splendid prizes, contribute to a charity DLC supporting the International Committee of the Red Cross (ICRC), and build your portfolio with a listing in the Arma 3 developer credits, then head over to https://arma3.com/artofwar right away!

Last but not least, we recommend you to scan the latest Community Radar #16 to see what the Arma community has been up to recently. For more intel on Arma 3's development, take a look at the SITREP posted at the start of June. 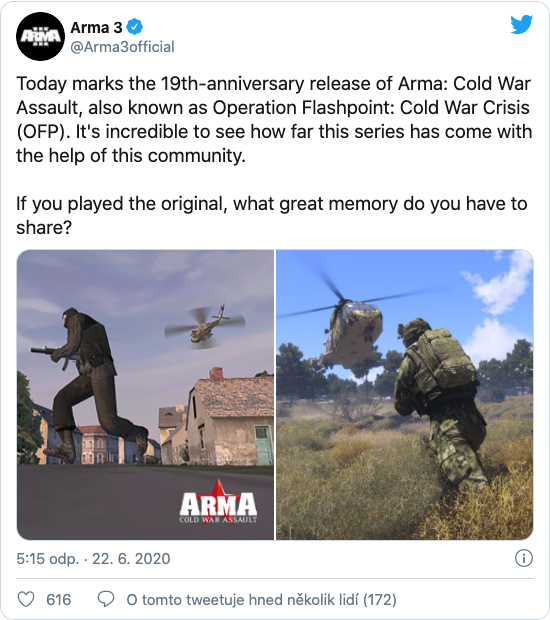 For those who missed it, at the time of posting this Bohemia Recap, you can get some great discounts on Bohemia games and DLC in the Steam Summer Sale. The deals are available until July 9th, so be sure to visit our Steam Publisher page to secure your savings! If you're not a PC player, then you might be happy to know that you can currently pick up DayZ with a 40% discount on both the Xbox Store (until July 6th) and PlayStation Store (until July 8th).

Other than that, we'd like to remind all job-seekers out there that we're still actively hiring for more than 30+ positions. We even have an opening for Copywriter & PR Content Manager, so be sure to apply via our Careers website, and perhaps you'll be the one helping us write a Bohemia Recap one day! Speaking of roles in our Publishing team that we'd like to bring to your attention, we also have openings for a Community Manager for DayZ and Marketing Content & Community Specialist on Ylands.

Alright, that about covers our June 2020. As always, do make sure to follow us on Facebook, Twitter, Instagram, and LinkedIn to stay on top of all the latest Bohemia news. For now, stay safe, and have a great rest of your day! Over and out.