Welcome one and all to another edition of the Bohemia Recap!

June was one of the busier months we’ve had so far this year – one that was filled with interviews, two notable updates, an experimental phase, a fun-filled staff party, and a hugely successful anniversary that commemorated twenty wild and wonderful years of our franchise series ARMA.

The biggest news in June, of course, was the 20th anniversary of Bohemia’s internationally renowned franchise - Arma. We celebrated the momentous occasion with tasty cake, cool coffee mugs, and swanky beige t-shirts. There was also an amazing live stream featuring Marek, Ivan, and Niles, which was a smashing success. For those of you who couldn’t catch it live, you can access it at your convenience here.

Joris-Jan Van’t Land has been an invaluable asset to the Bohemia team for the better part of two decades. If you haven’t done so already, do yourself a favor and read his highly entertaining interview in the latest installment of our Meet the Bohemians series.

Speaking of interviews, Filip Šťastný spoke about Vigor and its new charity pack with vortex.cz, Slavomír Pavlíček was interviewed by Euro magazine, and Marek Španěl gave an interview to Ekonom magazine.

And if that wasn’t enough, Slavomír Pavlíček also attended the GDA Press Conference, while Bohemia was present at Anifilm, an international festival of animated films held in Liberec.

Oh yeah, and there was an epic Open-air Early Summer Party on Friday, June 11th that was full of food, drink, and fraternizing with fellow Bohemians. A great time was had by all, even if some peoples’ memories of the event may still be a bit hazy.

Don't forget to check out the Arma birthday stream. 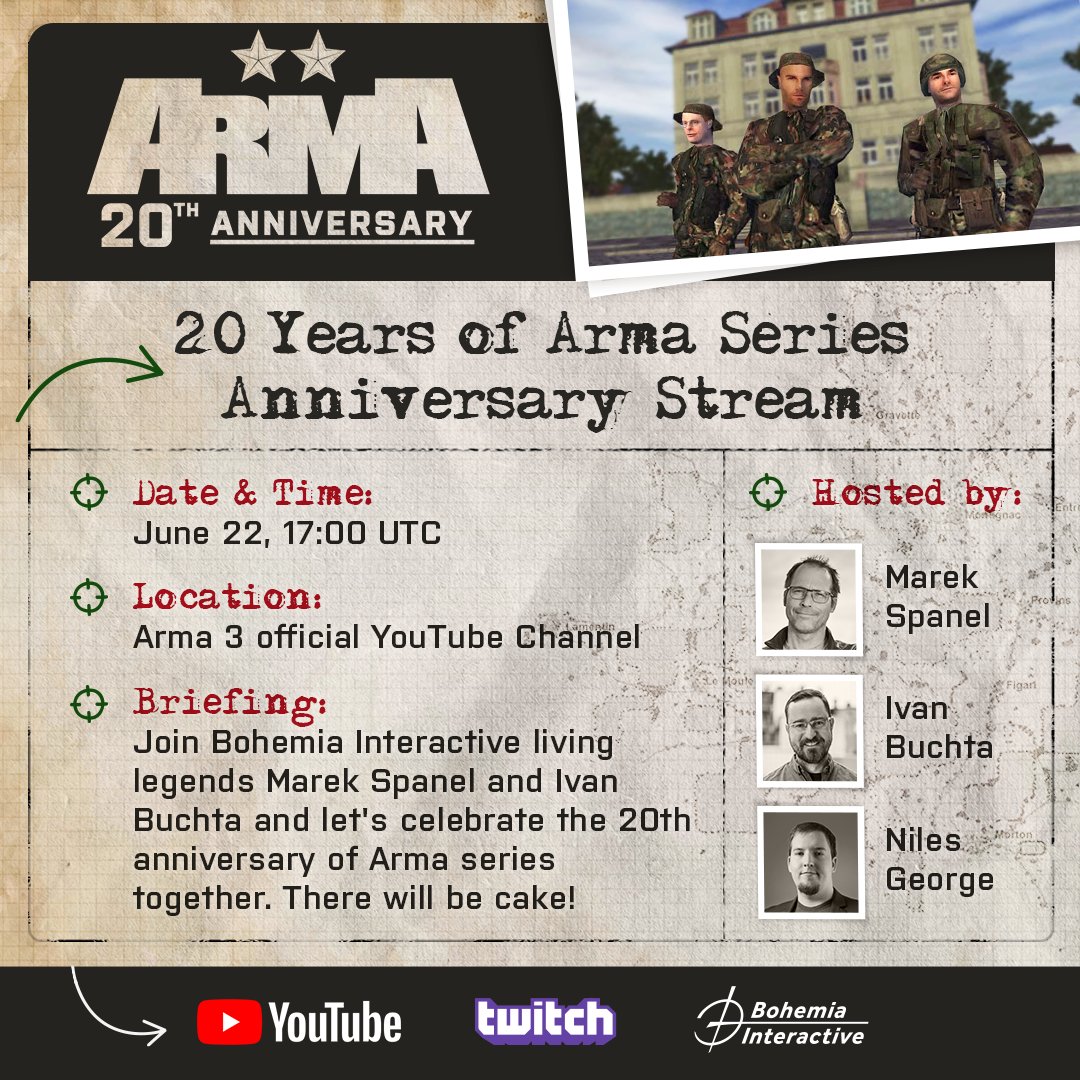 We experienced some server issues at the beginning of June, but we resolved them all quickly and are now back in the saddle with almost no crashes to speak of. And because our community means the world to us, we compensated players who were affected by the issues by offering them 150 crowns each on June 17th.

Another member of the Vigor team was interviewed in June. This time it was our QA Tester Filip Daňhel.

Our bi-weekly streams continued at a steady pace. While the streams are packed with helpful answers and valuable information, we know that time is precious and not everyone can enjoy them in their entirety. That’s why we started doing Dev Stream summaries, which you can find on our website.

In other news, our partners got the chance to share details about Update 8.1 in advance, the community got to participate in a Season 8 survey while one of our partners covered it, and we teased the release of Update 8.1 which introduces Legacy Season 1: Preppers. The update rolled out on June 30th, so prepare yourself and live up to the legacy! 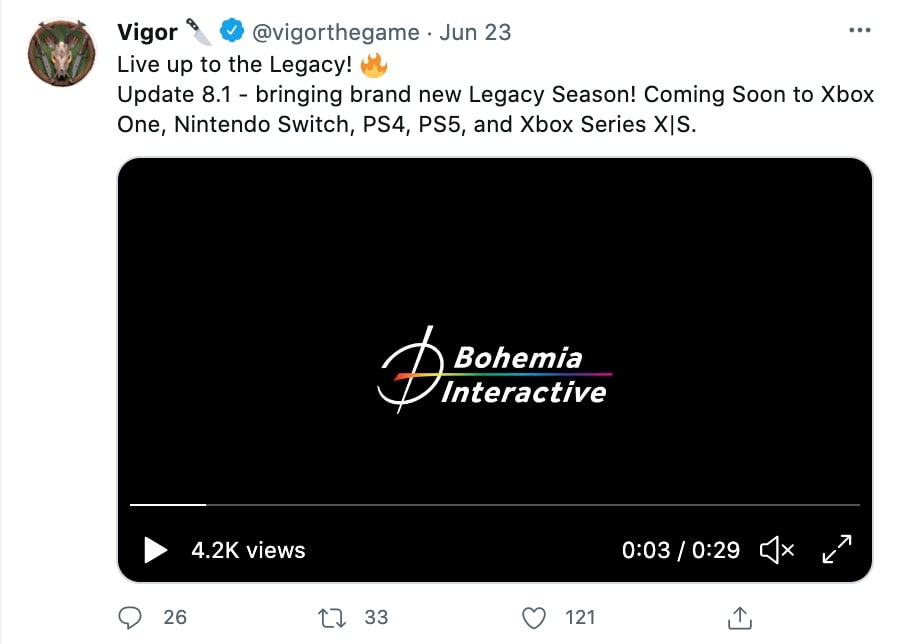 The Ylands team is hard at work as the 1.7 update - Marvelous Mysteries - is coming out soon! The update is jam packed with new features, which we’re very excited about. Aside from new things, we also focused on fixing certain parts of the game, as well as making several quality-of-life improvements. We will be doing a live stream to introduce the new features. Care to join us?

The streaming game is strong with our community, as we’ve been seeing more and more players stream Ylands on Twitch and YouTube. We can't wait to see what these streams will look like after the upcoming update.

Creativity is at the core of Ylands, which is why we announced another round of the Creator Competition. This time we’re encouraging our players to create their very own Random Encounters and Mystery Ylands. 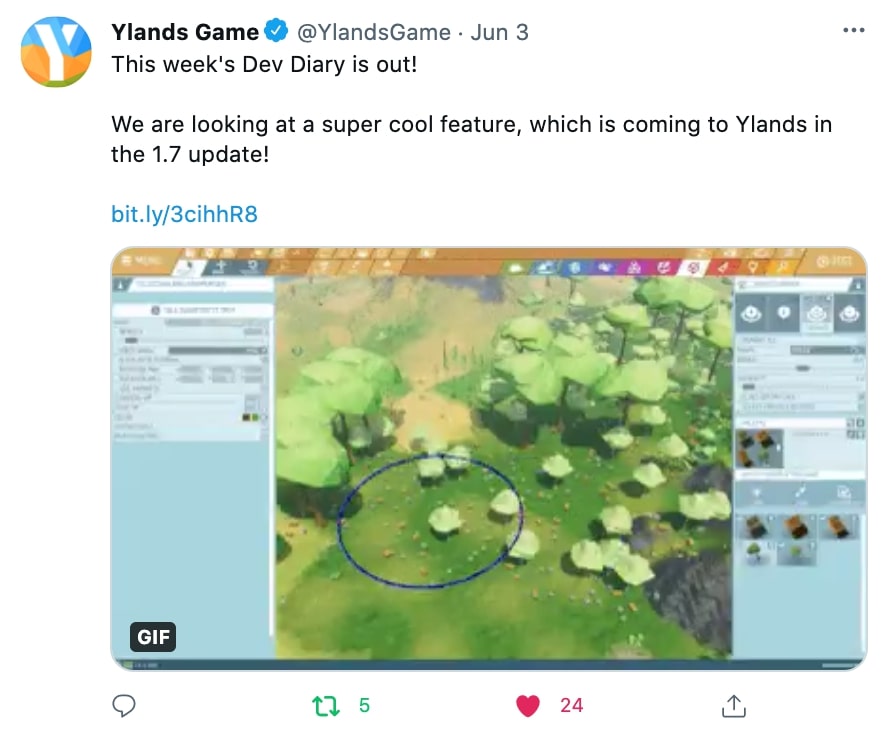 Our amazing community has spun its magic once again. We’re talking screenshot challenges, amazing videos, trailers, and a whole lot more! Make sure to check out the Community Spotlight for June to see what our fans have been up to.

We’re well into our 1.13 Experimental Phase and DayZ is heating up as it prepares for its summer update with the addition of the brand new M16-A2 rifle with supported burst fire mode. Other items worthy of being highlighted include:

You can read all about it in our supporting article and patch notes.

As mentioned in a previous article at the start of the year, update 1.13 will come with fresh Loot spawns on Official. That means we’ll be conducting complete wipes (all characters, items, vehicles, bases, etc.) on our official servers on release day. Like the previous wipe, we'll be increasing the occurrence of helicopter crash-site events with high-tier loot on all official servers in the days leading up to the wipe. This will start on July 2nd and run until the update is released. 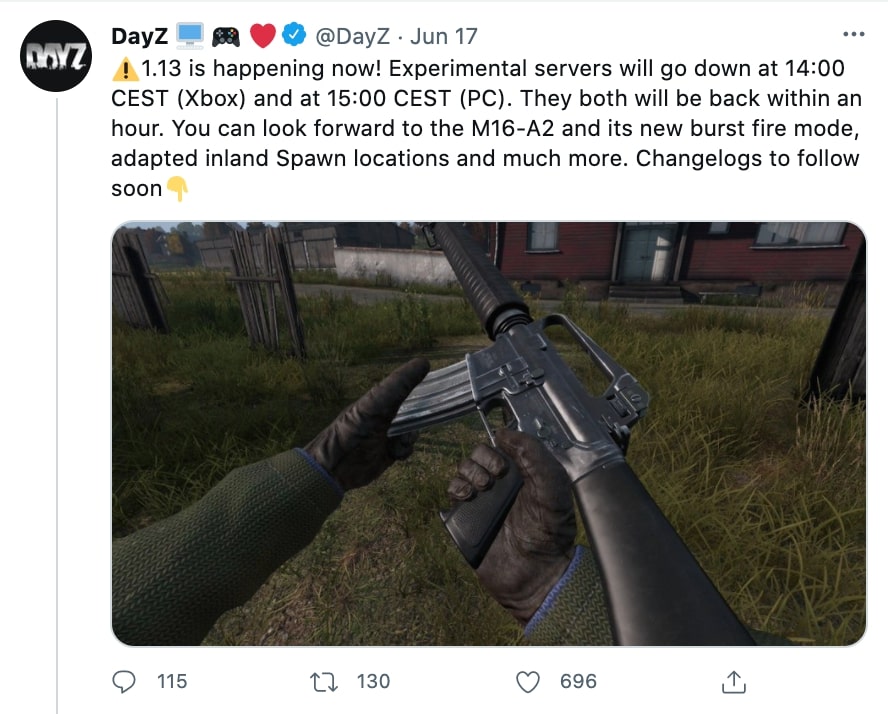 The biggest news in the Armaverse was clearly the 20th anniversary of the Arma franchise. It’s been one heck of a ride and we can’t wait to see what the next 20 years will bring. As mentioned at the top of the recap, we held a 20th Anniversary Live Stream which was a resounding success and can be relived at your leisure here.

Wrapping things up, Joris gave an illuminating interview for our Meet the Bohemians Series, and #20DaysofArma began to celebrate Arma’s 20 years of success with gifts for fans, a free copy of Cold War Assault on Steam and GOG, and a few surprises to boot. 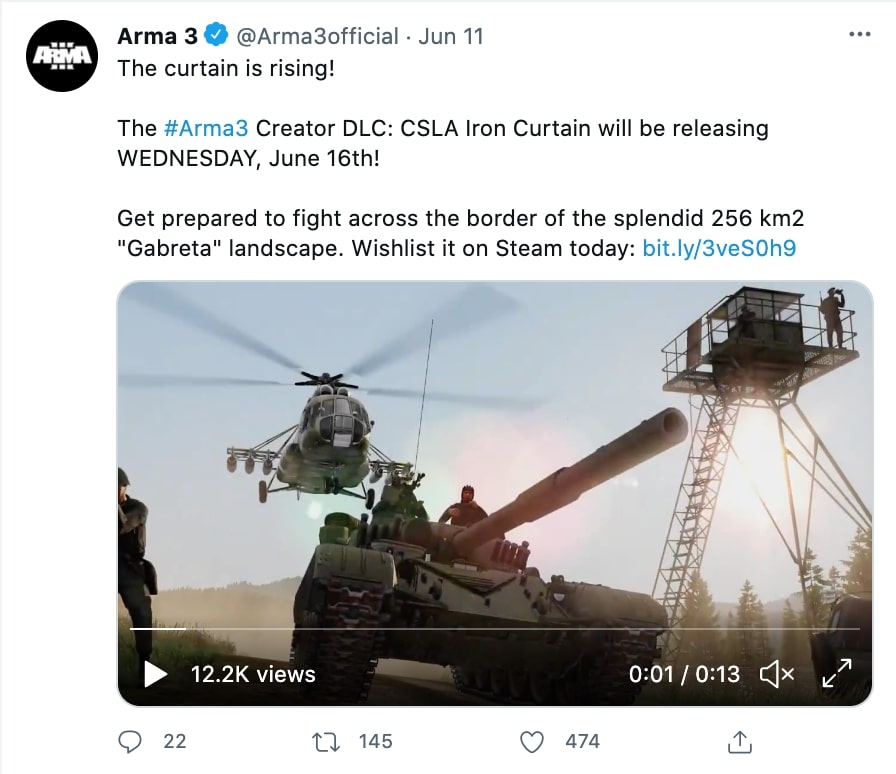 Well, folks, the day finally arrived and 1.0.0 was released! Check out the trailer, play the game for free on Android or iOS, and read all about the successful release in our detailed blog post!

For those of you who can’t wait to learn more, the update features: 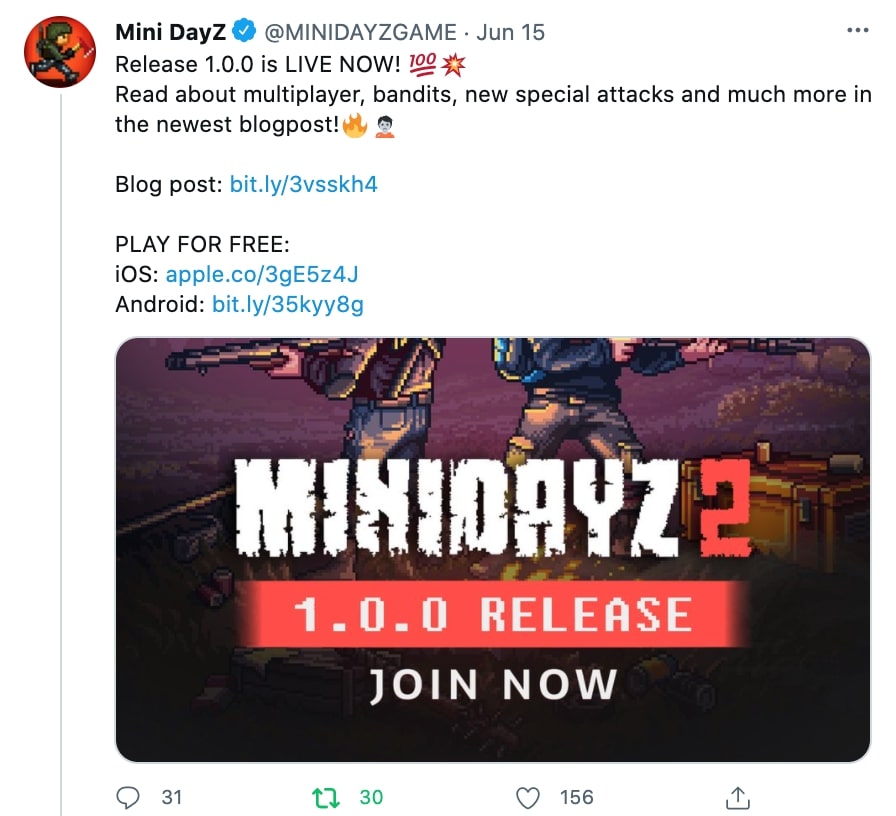