There are a lot of things going on in post-war Norway, I don't even know where to start. We took our time and listened to community feedback, trying to extract the wishes and interesting points to improve the Outlander experience. There are many requests to show off the military fantasy, and we considered if we are ready for organized armies. Definitely not yet, so instead, we opted for militias and their representation. 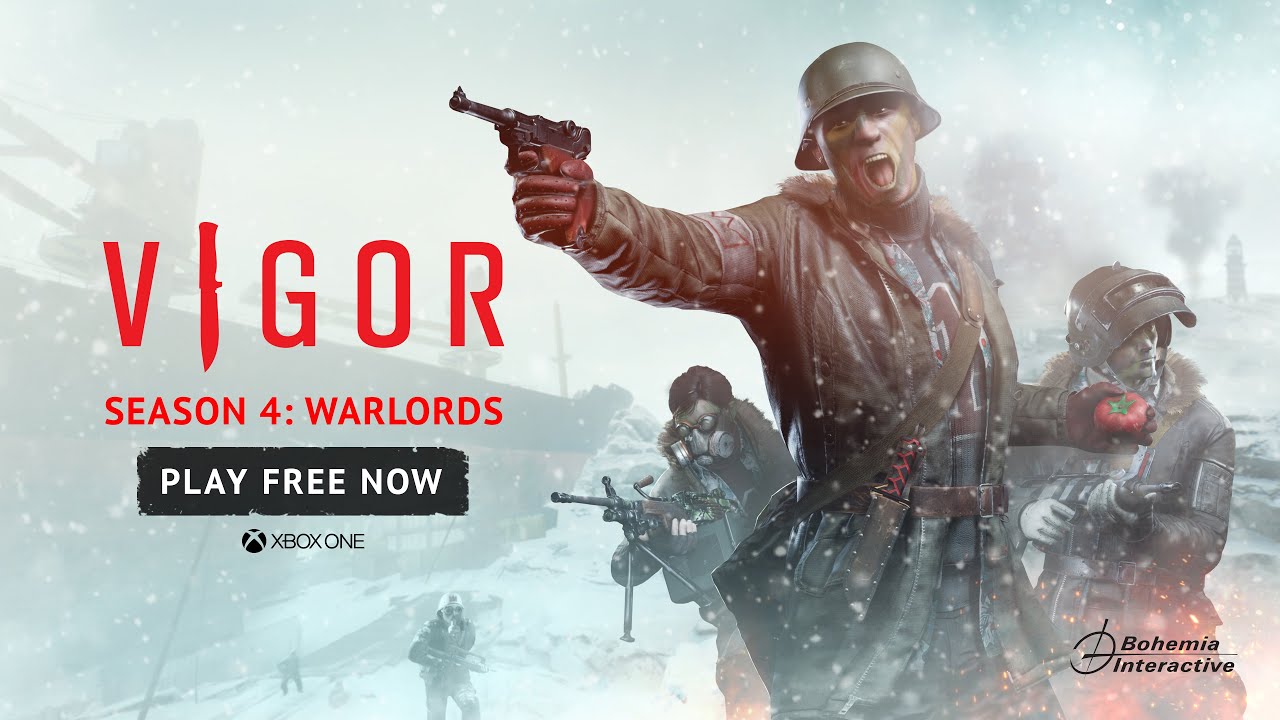 The fourth season showcases the Warlords. These Outlanders gathered their equipment from the remnants of previous conflicts, collected tons of weapons, and are not afraid to spread their opinions in over 800 rpm. They come with four new well-known weapons – two LMGs (UK vz. 59 and M249), a famous assault rifle Bugle F1, and RM14 knife. Add two distinct uniforms, two kinds of helmets in many variants, gloves, backpacks, various gas masks and goggles, and the package already seems tempting. That's not enough for us, so we decided to add a possibility to cover your faces with facepaints – be it camouflage patterns, or famous cultural hits. Based on our data we decided to increase the number of Experience Boosters in the Premium tier of Battle Pass to make it easier to get all these cool customizations, as well as all the Crowns. And we listened to the suggestions to make Premium Battle Pass less expensive as well – while we kept 900 Crowns in rewards for finishing it, the Premium Battle Pass price will go down to 690 Crowns instead. 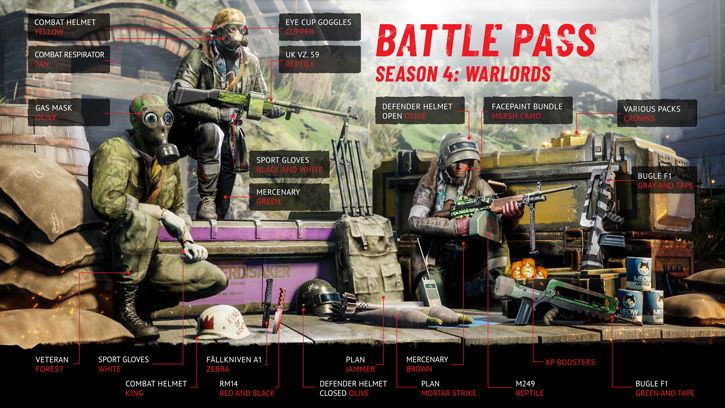 The same way we experimented with Shootout in the Rivals season, we decided to show a new game mode in the Warlords season as well. You asked for a team version of Shootout and we did something like that, with a few twists as usual. Elimination is a new game mode showcasing parts of a new map – Islands. Frozen North has several areas designed for 5 vs. 5 combat, with two simple victory conditions – you either eliminate the enemy team or capture an objective to win the round. The first team to reach a certain amount of round victories wins the match. To spice it up a bit, we added pre-selected loadouts for both teams – your five crossbows against the same number of crossbows facing you, for example. We are well-aware that this game mode would be great if you are able to join a team, yet that's something we still have in progress. We decided to gauge the interest in team versus team game modes first and gather as much feedback as possible. That means Elimination may feel a bit out of place with artificial objectives and user interface – let us know what you think. We may dig deeper into the team fights if it proves to be something you are interested in. Added to that, we decided to keep Shootout available even after the Rivals season ends, at least for now. 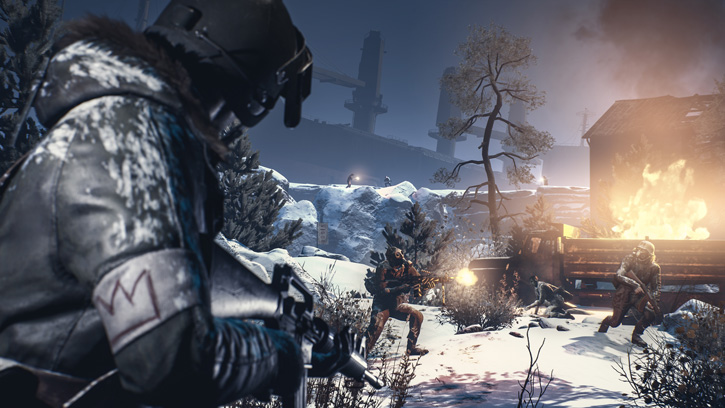 Even as we add new game modes, Encounters continue to be our primary focus. Warlords bring two new tools that are going to affect the Encounters experience: Jammer is causing loss of all signals in a limited area; you won't be able to spot anything on your map nor on your compass if you are too close to the Jammer. On the other hand, Mortar Strike is an offensive tool to call artillery support into the selected visible area. There are numerous ways to use both new tools and I guess the Outlanders are crafty enough to come with some creative uses. There are multiple tweaks in the HUD, like showing Your weapons and so on. All these things are meant to streamline the experience in Encounters and to allow some additional complexity. We utilized that to overhaul the Comm Station – it used to change the location of the Air Drop before, but now you have a wide choice of actions. There are multiple Comm Stations on each map, which means more actions are possible to be selected by different Outlanders. There may be additional goodies in the Air Drop, or it may be radioactive, for example. Are you going to risk taking the drop directly or rather check the stations first? It's all up to you. Added to that, we heard complaints about the Daily Challenges – the system on the background was reworked to prevent prioritization of newly added challenges (e.g. kill X Outlanders using weapon Y) and to try to have more diverse challenges available. Speaking of a challenge, if you use the phone booth to duel someone, you are going to get some extra XP for that and even more for winning the duel. 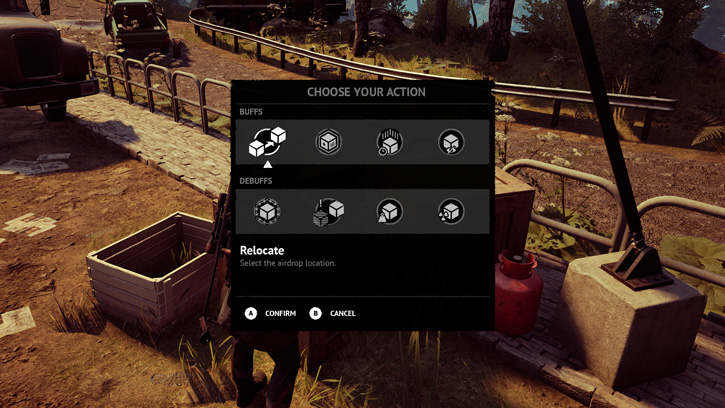 The Shelter itself got some love as well. After the success of Troll Mementos, we added a second collection – Lighters. They are a bit harder to find as they don't giggle, and they provide an additional minigame in finding them all around the Shelter once you collect them. And the most obvious change is the opening of the mysterious doors in the Shelter, leading to an Armory Cellar. Your Crafting table is now in the cellar, as well as an exhibition of all the blueprints and weapons in their actual skins that you obtained. You can easily recognize your progress by collecting all of them. We know a lot of Outlanders like their guns and you can boast by showing off your collection. 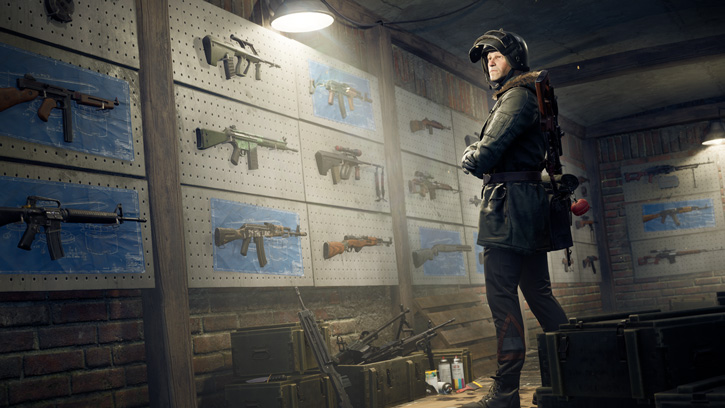 These are the main features we added with the start of the Warlords season. There's a ton of fixes and tweaks as well, for example, a new selection of archetypes at the start of Tutorial for the new players. That reminds me, we are going to release the game on Switch soon, so you may see an influx of new Outlanders to post-war Norway. Thanks a lot for enjoying Vigor and if you happen to have any feedback, please, just let us know. We are happy for any feedback as it helps us to drive Vigor forward.