We really wish we didn't have to cancel Update 5.1, but we had to shift our focus temporarily to ensure Vigor remained stable. That’s because we had an amazing influx of new Outlanders following our release on the Nintendo Switch. We also plan on releasing to additional platforms, so we needed to make sure the game’s foundation was solid before we started adding a bunch of cool stuff for you.

Long story short – it’s been a while since we had something new to offer post-war Norway. But we hope the wait was worth it because we’re bringing you a sixth season with a much bigger update than we’d originally planned. 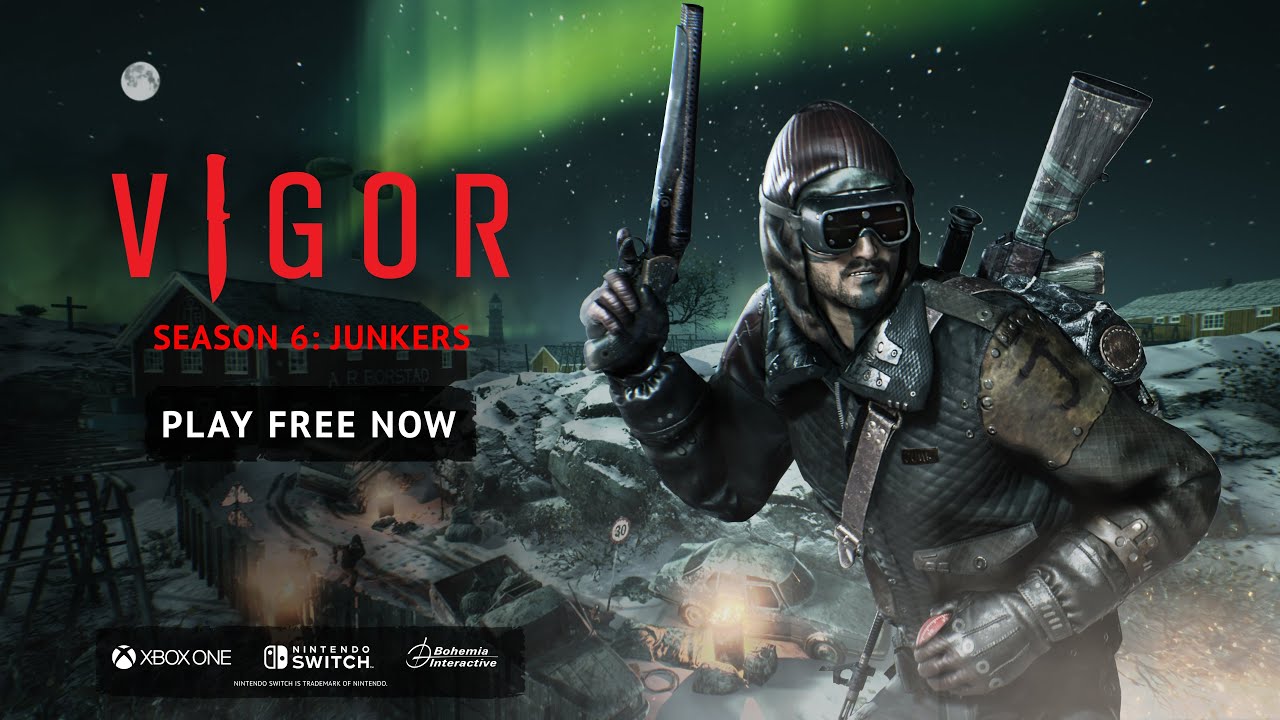 You asked and we delivered. Say hello to Junkers!

Inspired by classic cult movies, these new Outlanders won’t be satisfied until they turn post-war Norway into a post-apocalyptic wasteland. They wear face masks, backpacks, makeshift gloves and helmets. Weapons of choice include a sawed-off shotgun, a rapid-firing RPK, and sniper variant ZA M76. Add two new tools to the mix and you’re in for a nasty surprise should you ever cross their path.

Use the decoy option if you need a clever distraction or check out the armor plate to increase your chance of surviving the duels. There are even new titles and ash-born face paints you can choose from and brag about in the lobbies. Don’t forget though – one well-aimed shot can take you out, no matter how much sweet gear you’re sporting. 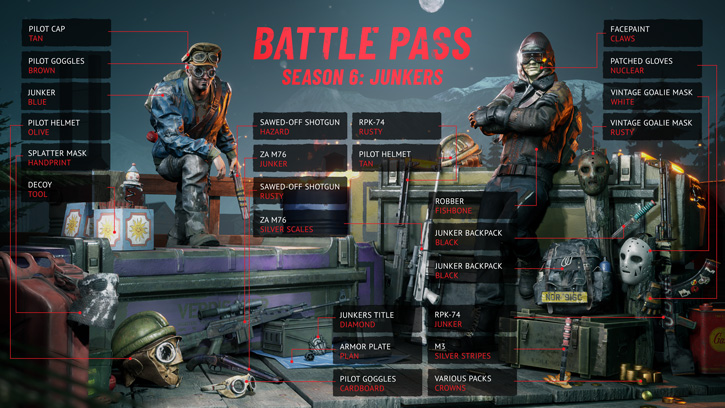 When The Outlands Go Dark

You know Anikken as the Islands map from Elimination, right? Well, we’ve expanded and finalized it for Encounters! And seeing as it’s located in the far north, it would be a total waste not to enjoy the Aurora Borealis while you’re there.

We also decided to follow the stellar example set by one of our Vigor Partners, Boaby Sanchez, and created night presets for every map using “cinematic light”. This will allow Outlanders to see things via moonlight, and it’s different on every map.

We got so into updating the maps that we also decided to add map dynamics. What are those, you ask? How about bees stinging any Outlander who gets too close to their hive, or car alarms going off whenever a car is hit? There are a few more we added, but rather than spoil the fun, we’ll let you find those out for yourself.

And just in case you start to feel overwhelmed with so much info on your maps, just use the Disruptive Tower and problem solved. FYI - the tower works like the portable jammers, but in a much bigger area that eventually gets smaller the longer it’s online. 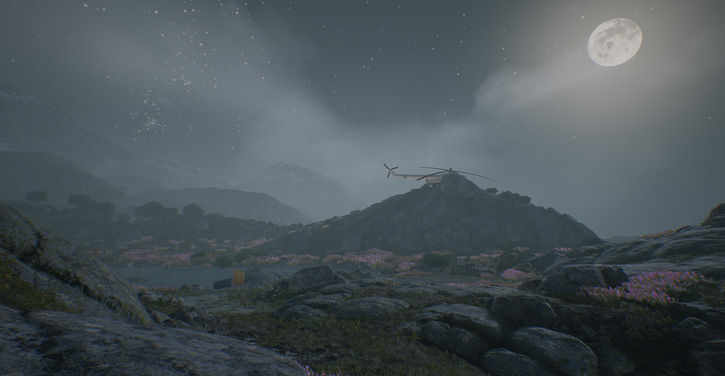 Another area we wanted to give plenty of love to is the Shelter. The first thing we did was put the Scrap Bin in the weapons cellar where it belongs. You can also save your loadout preset now, which should make it easier to replenish after an Encounter, whether that means clearing your bags or getting back into the action faster if you wind up dying.

We also added a couple of features that a lot of you have been asking for. The first is a music player that lets you choose the music you want to hear. This cool new addition is tied to our latest mementos which are vinyl records created by our musically-minded devs. You’ll find these records scattered around the Outlands and you can play the ones you collect in the Shelter whenever you need a tune to lighten your spirit.

Our other big update to the Shelter is the fact that it’s way more interactive now. Need a break from shooting and looting? Why not play a relaxing game of Tic-Tac-Toe on the arcade machine found on Shelter level seven? Or just pick up a guitar and belt out a few chords to relieve some of that pent-up stress. 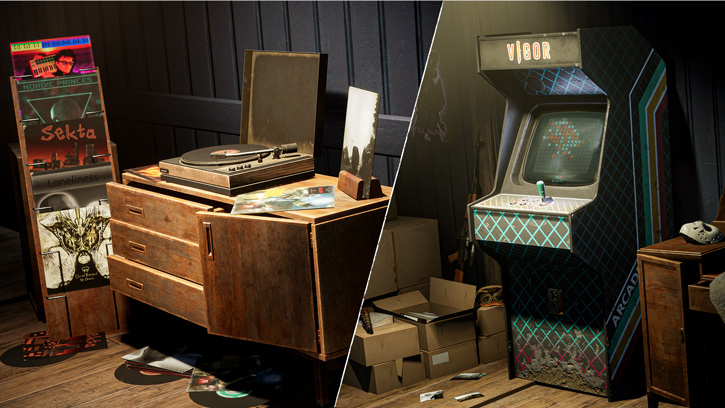 Achievements, Encounter and Trios, oh my!

If you’re out hunting for new mementos, you might notice a new tab in the Shelter UI for Achievements. This is to help you track your progress and even share it with Outlanders on the Nintendo Switch. You’ll also receive a proper notification anytime you earn a new achievement or title.

While it might not be all that visible, we wound up tweaking the map rotation as well, which allows us to showcase specific maps during various events. Daily challenges have also been improved and now offer a completely new rewards system that awards new crates full of weapons and resources. 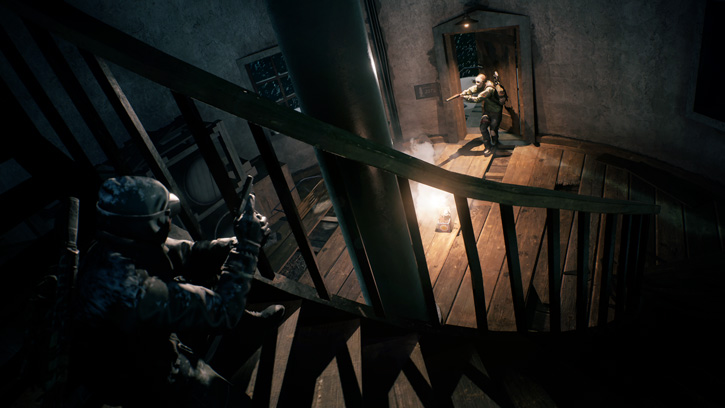 We also made some improvements to Encounters. First off, we returned the rules to the loading screens and adjusted the music volumes for your listening pleasure. One of the bigger improvements we made was including the possibility to heal fellow Outlanders on your team with consumables. It’s a feature many of you have been asking for and is literally a lifesaver.

Another request many of you had was the ability to open windows from the outside. It takes a bit longer but allows for more ways to reach your destination. And as an added bonus, now you don’t have to lock eyes with your killer should you wind up dying. Finally, you can now switch to different players if you like, which also works well in Trios.

Speaking of Trios, if there happens to be at least one of them in the Encounter, an additional crate will be added to the air drop. This was another thing the community requested, and we couldn’t be happier to oblige. 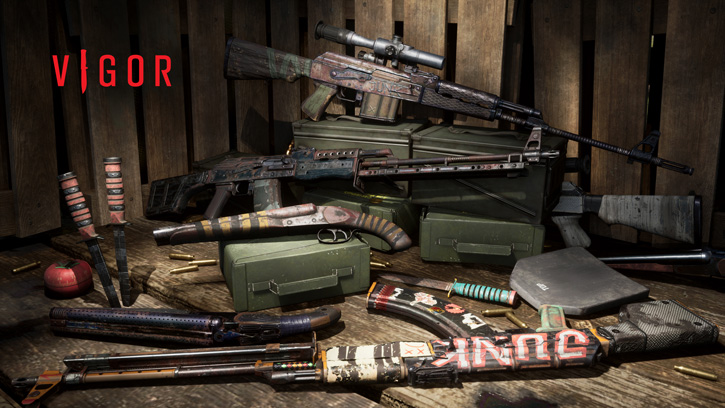 The Next Generation of Outlanders

While gearing up for this update, together with Vigor’s PlayStation release, a few unfinished features had to temporarily fall by the wayside. The future is very bright, however, with two huge features being tested internally at the moment, which we hope will be available in the next update.

Meanwhile, Xbox Series X/S will be released to the public and Outlanders will be able to enjoy the game’s dynamic resolution while keeping all their progress. Furthermore, Vigor’s PS4 release is just around the corner. Ditto the PS5 version, which we expect will be available the same day.

We really hope you’ll enjoy all the new additions and can’t wait to hear what you think. Your constructive feedback keeps us inspired and helps drive the game to newer and greater heights.

That’s it for now. See you in post-war Norway! 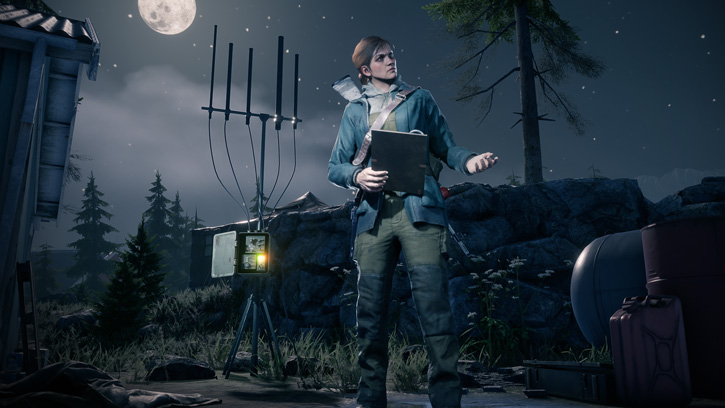