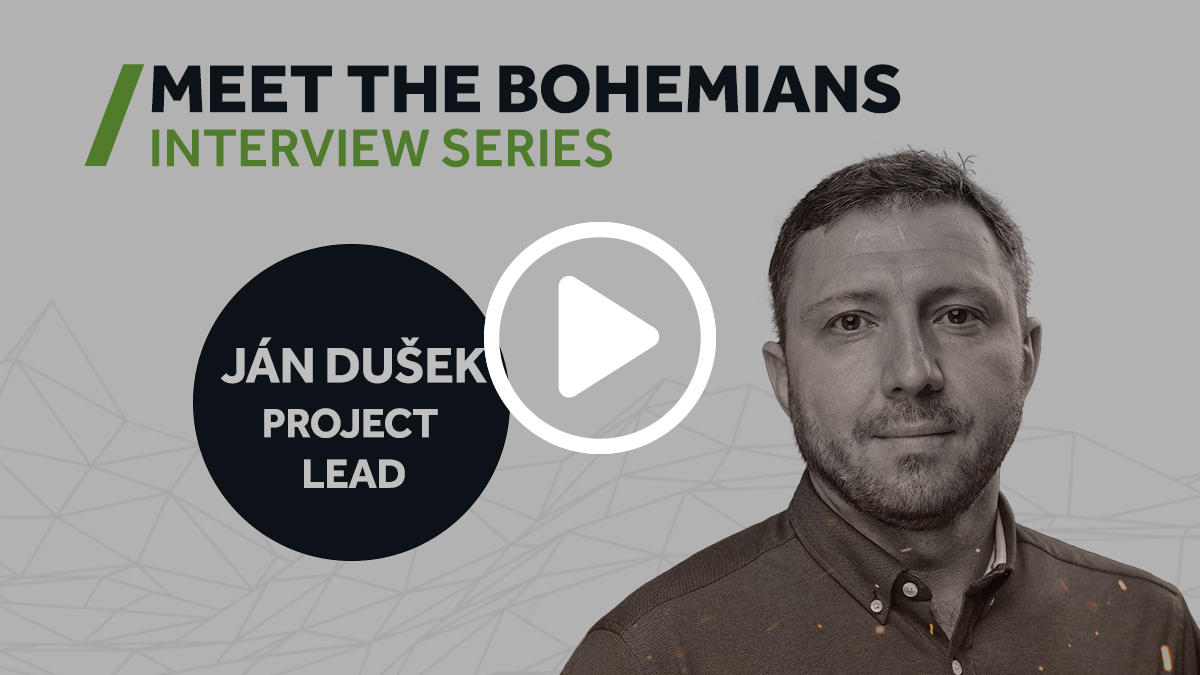 1) Hey Honza! Can you introduce yourself...

Hello, my name is Ján Dušek, and I've been with Bohemia Interactive for around 15 years. I joined as a sound designer and, over time, became the project lead on our newest game in the Arma series - Arma Reforger.

I have a background in physics, math, and also art and music (classical guitar), but my heart has always belonged to games since my childhood, especially sound design and music, but not only that!

It all started when I was 8 (1987) and got my first 8-bit computer (Didaktik Gama, a Czechoslovak clone of the ZX Spectrum). It totally consumed me. I immediately (apart from playing games) started to investigate how it all worked, ending up with my own small games written in assembler. Later my parents bought me an amazing Commodore 64, which I still own! That was when I discovered game music for the first time, so I started composing the first little tunes on a SID chip, 3 voices generator.

A combination of my skills, interests, and huge curiosity inevitably led me into professional game development, the area where Renaissance people feel at home because they can fully use their potential and develop in more than one field. So I smoothly entered the industry - but note for younger readers - it was all about pioneering! Back in the day, we were simply inventing ways to do things because there weren't many people developing games at the time. Yes, there was a time when the Internet didn't exist. 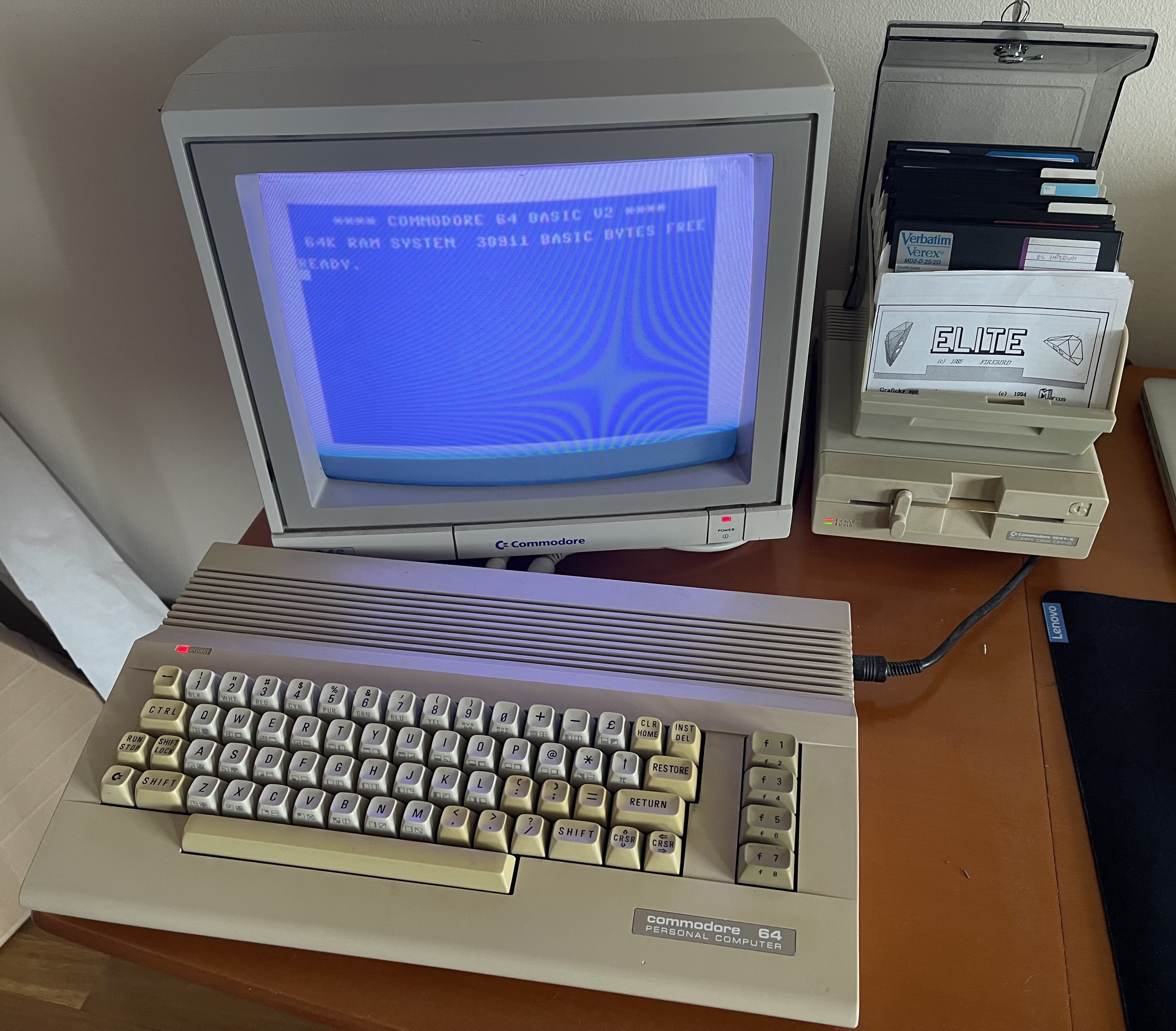 So I'd focused on my biggest passion, which is audio. Over the years, I worked on 100+ projects, composed 1,000+ tracks, and delivered tons of sounds, but I also did a lot of video editing, game design, scripting, and used my knowledge of physics during cooperation with programmers on audio engine development, etc.

To have a little bit of fun here, I've prepared a short excursion through my musical evolution from early experiments in the '90s up to recent compositions.

The tracks are specially selected to cover different genres and interesting arrangements to motivate young composers to not be afraid of anything. If it inspires at least one person, I'd be happy! 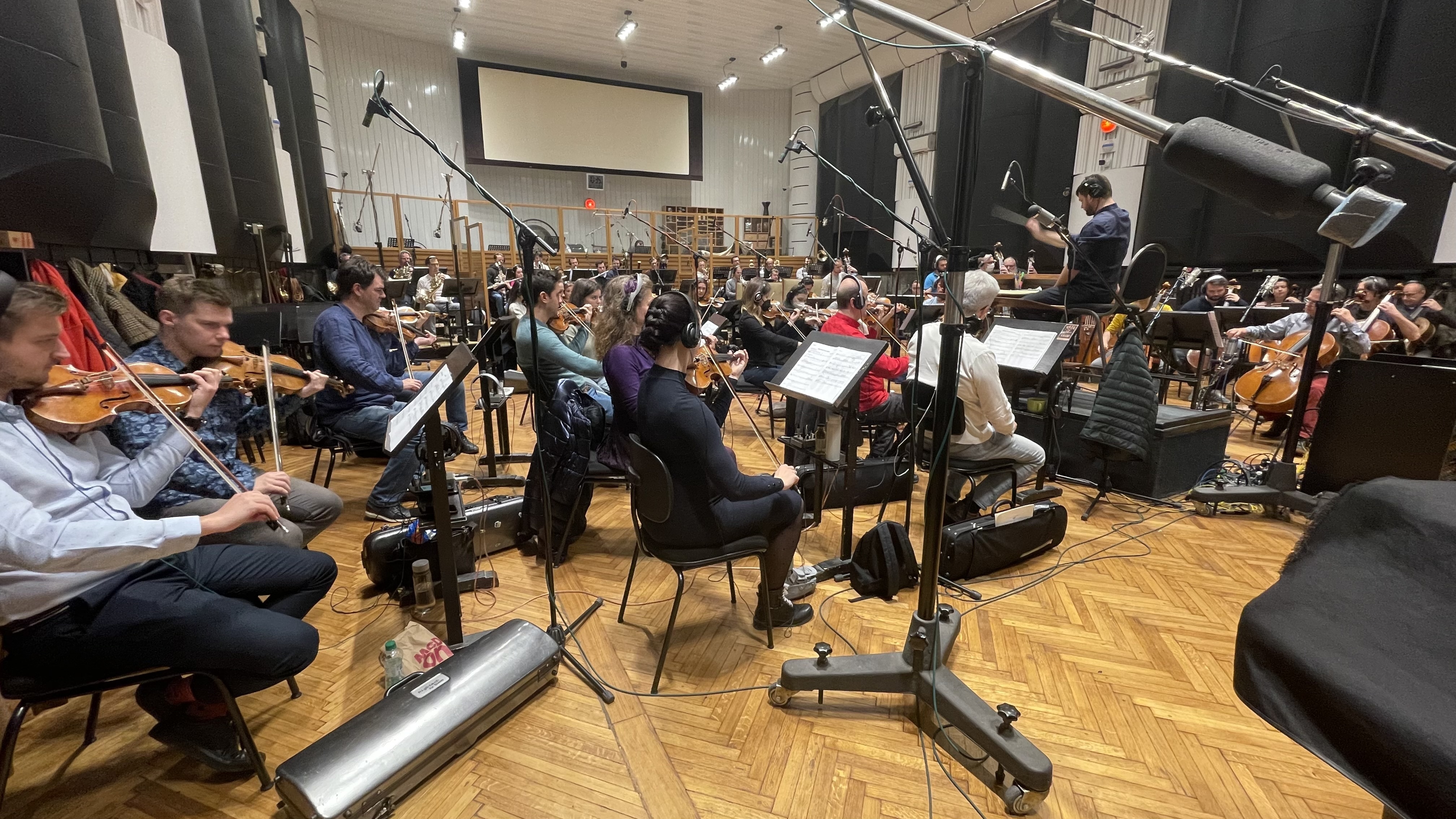 Well, it changes over time as a project goes through various stages. It started with building a strong team from scratch, unifying everything, holding and sharing the vision, motivating, and fixing issues of all kinds, there's a lot on the list, but all of this comes from ownership. I'm totally dedicated to the project and hold an absolutely precise picture of what we want to achieve and, more importantly: how, so my role is to push the development on all fronts and constantly look for issues of all kinds.

3) What is the most exciting part of your job?

How extremely challenging it is considering our huge ambitions and that it never ends. Arma Reforger (Arma 4 respectively) is a project of almost the highest possible complexity, so with the dynamics of our development and how the project and team changes, there will always be things to figure out, fix or improve.

4) How does one become a Project Lead?

Honestly? It was not my ambition or intention. I actually didn't want to take on this role in the beginning. I believe this opportunity and trust have simply been given to me based on my approach and my results with Audio and later the Multimedia department — and also because I saw a lot of problems around, not related to my area of responsibility. I wanted to help Bohemia and Arma so much that I took this responsibility with huge enthusiasm. Well, no matter, I'm not afraid of anything. It was very hard in the beginning because it all started with very difficult decisions, and it took around two years to stabilize the team and development as a whole, and as I said, it's still an ongoing process. But it was all absolutely necessary and worth it. Arma Reforger is a foundation to Arma 4 also from a team perspective, and there's even more to it. To have an effective development team, you need effective supporting services, so our strong effort inevitably caused a whole company transformation.

I consider my role as a service, a duty, and it's my honor to do my best to fulfill it.

I don't have any usual day.

I try to balance a reactive and proactive approach. My clear vision of how the team, development, and support should work leads me to figure out an effective team structure and processes and make it happen, but at the same time to actively search for pieces of the puzzle that don't fit the picture to fix them. But in the end, we're creating a game, so all of this has only one purpose, to develop the best game we can! So playing our (not only ours) game is super important. Unfortunately, recently it's been hard for me to find enough time for that, but it's something I'm addressing.

6) What new content do you have planned for Arma Reforger?

Check out our recently released Roadmap!

7) When and how did the plans for Arma 4 start?

Hmm. I will give you a more philosophical answer.

The beauty of Arma is, in fact, that no matter that there are several games in the series, it's still one and the same vision. Arma is about complexity and authenticity. And complex things are always a result of evolution, not initial complex design. Arma 3 is an amazing game, and it's a result of many years of iterations and expansions. Arma 4 is again an evolution of the same vision. Plans were naturally always there because evolution never ends! The problem was our technology that we've been using for years couldn't handle the next evolutionary step anymore, so we started building everything from scratch, taking into account 20 years of knowledge, experience, feedback from our amazing community, and also many new ideas, combining it all into a new compact product.
It's a fresh start of something which will serve us for years, maybe decades, so you see, Arma 4 was always here, and because of the technological jump, it's the most difficult and ambitious project we've ever been developing at Bohemia Interactive. The thing is that no Arma game can be created without our community being involved. It's a necessary symbiosis, so we decided to bring out the standalone project Arma Reforger as the first step towards Arma 4, where we're presenting and evaluating all of the core systems, tools, and services and where we're onboarding creators to become experienced for when Arma 4 will be out.

8) What are your hobbies outside of playing games?

First, music. Not only composing, but I've also played classical and flamenco guitar since childhood. Also, not many people know that I draw and paint too. Besides that, I love math and physics. In my free time, I'm also solving problems in my stochastic models using deep neural networks in Matlab.

So generally, music, art, math, and physics and being entertained finding parallels between those.

I forgot, I recently won a bronze medal in the Czech Republic Powerlifting Championship in M1, 93kg. 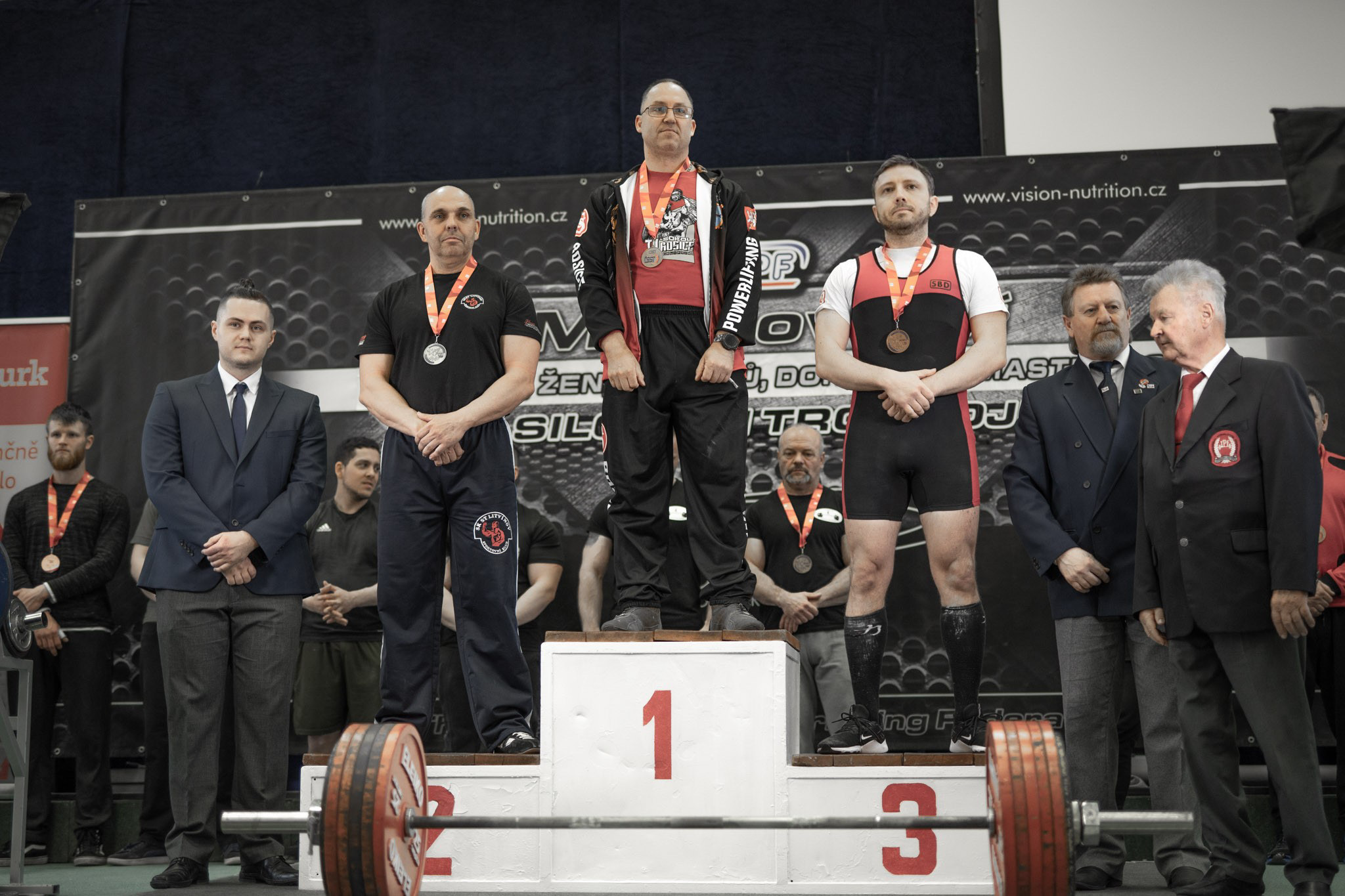 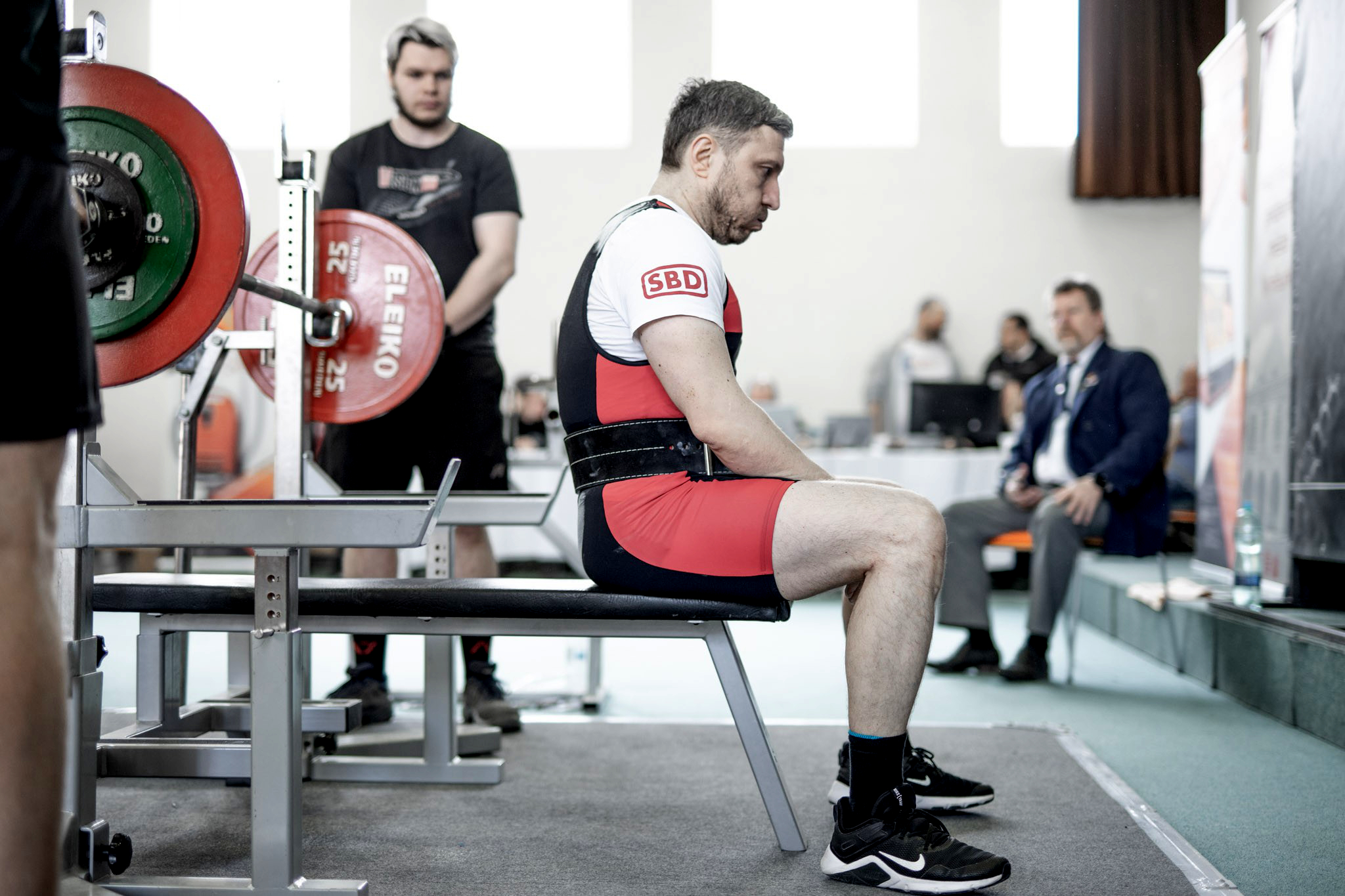 9) Can you tell us a random fact about yourself?

10) What job did you want to do when you were little?

When I was really little, I wanted to be a sailor, then a physicist, so I studied physics, but later, in university, I realized the shocking fact that since my childhood, the job I wanted was always as a game developer!

I don't have any super favorite movie, TV show, or book, or better yet, there are a lot of them. I like pioneers, unique ideas, iconic movies which started their own new genres, and everything where the author wasn't afraid to go their own way, to express their own deep feelings and visions. I love authenticity, symbolism, fiction, and deeper philosophy. I also love bizarre humor.

Ok, let's name something: Indiana Jones, Pan's Labyrinth, Altered Carbon, Terry Pratchett, and many. many others.

Depeche Mode! Well again, authenticity first, no matter what genre it is.

14) Let's move back to the video games topic. What was your first positive interaction with video games that you can remember?

Pong and Breakout, playing them as a kid for many hours on an ancient Czechoslovak 8-bit computer (PMD-85). 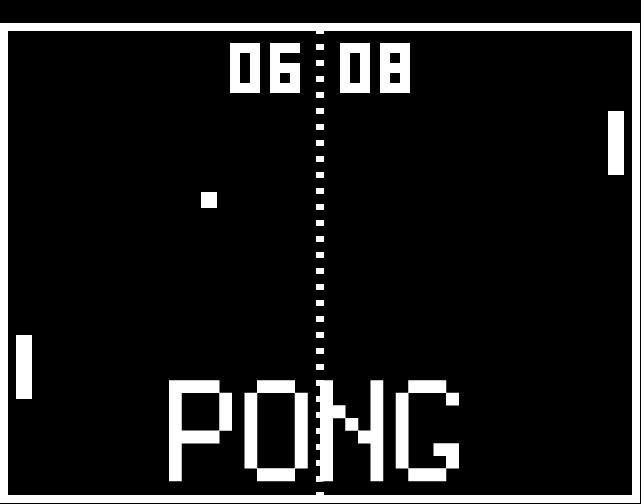 15) And your most memorable video game moment?

I loved the era when the tempo of videogames was slower, and people had to think a bit more, those moments playing all those point-and-click adventures like Indiana Jones and the Fate of Atlantis, Simon the Sorcerer, Monkey Island, Broken Sword, or the much older Zak McKracken! Fortunately, it seems this era is kind of coming back. Games these days are more complex with clever scenarios and truly becoming the most complex interactive art there is, silently becoming alternative reality. 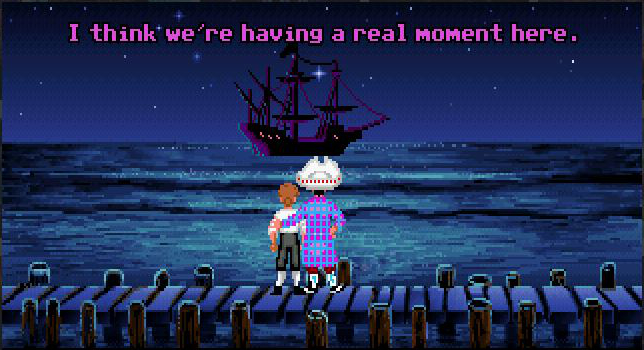 16) Who's your all-time favorite video game character, and why?

Geralt, because we have many things in common.

17) Which game has had the biggest influence on you during your life?

Cold War by Mindware Studios. I worked on it a long time ago. It was my first big title, and I learned a lot, A LOT, during this period of my life. 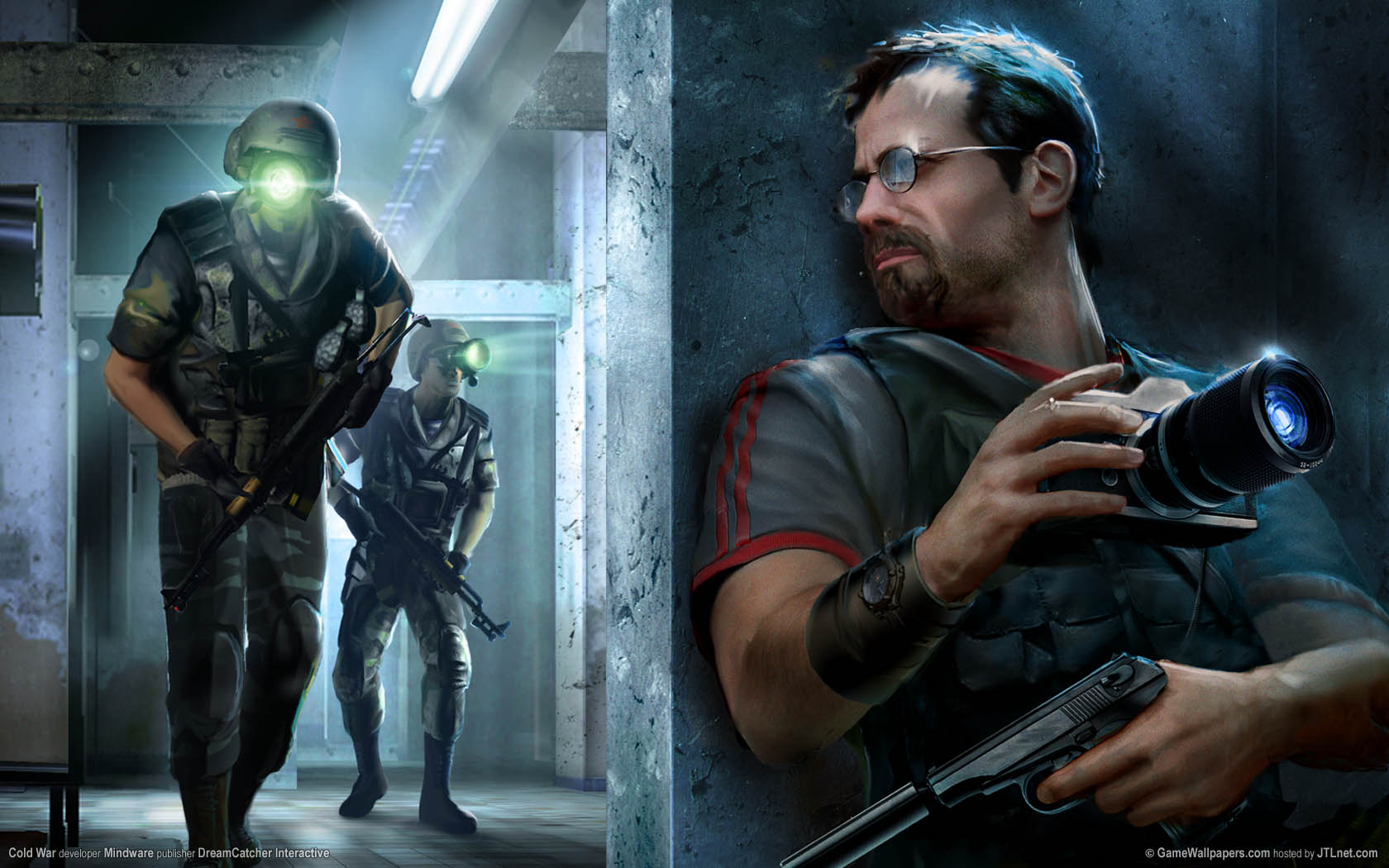 18) You have to pick one game you'd play for the rest of your life.

Arma Reforger/4! Because not only is it a game, but it's also a game maker of its kind, so in the future, there will be all possible variations of games within this universe created and distributed through its workshop.

20) Is there anything else you're currently working on in your spare time?

Learning to play the whole Concierto de Aranjuez on guitar, no matter how many years it takes (hopefully, one last one to go!), but I'm gonna make it.

I am a man of dedication.