Each release of the Real Virtuality engine has brough some significant visual enhancements. Let me talk briefly about a few improvements brough by ArmA 2. 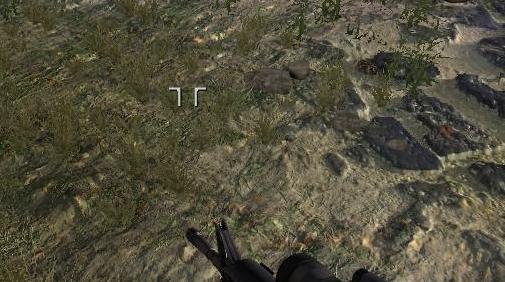 As terrain covers a lot of screenspace in our games, we always try to significantly improve its looks in each product we release. From the flat and empty terrain of Operation Flashpoint, though the ground clutter (grass and small stones) in OFP:Elite and ArmA, to the "parallax occlusion mapping", which is actually a double ray casting computed on the GPU. We have based this technique on the ATI sample code, which was excellent base ground, and adapting it our needs was easy. 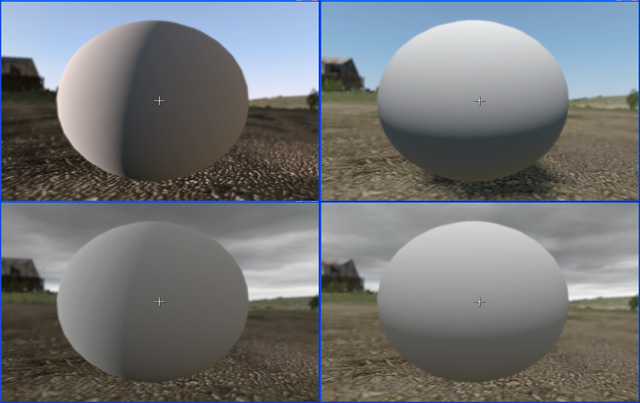 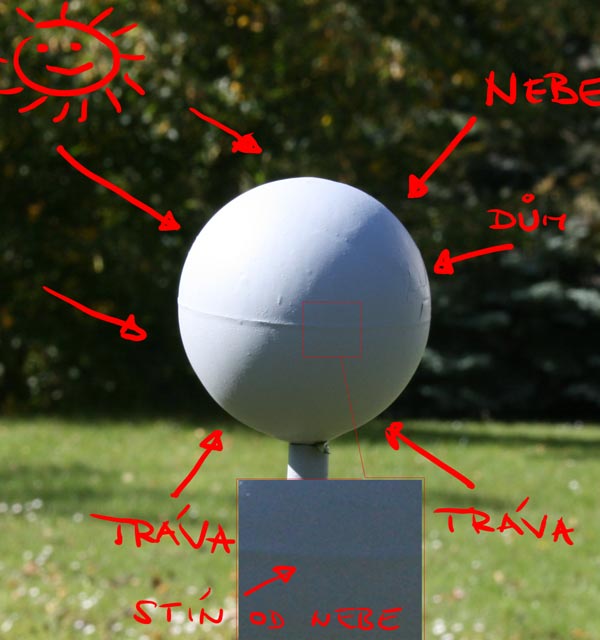 When improving lighting model for ArmA 2, Itchy Animation Lighting Tutorial served us us an excellent overview which has helped the whole team to speak the same language, understand each other, decide what to implement and understand what we have implemented.

Compared to the light model used in ArmA and OFP before, there are two major lighting contributions which are calculated in ArmA2:

Checking the pictures above, you should be able to easily identify them. Seeing the effects in the ingame model without textures below is harder, and how the final result looks now you already know from the game. 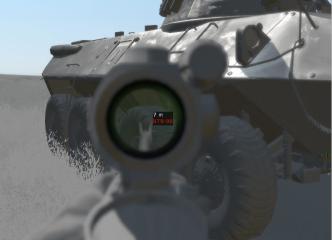 ArmA terrain technology was a lot more flexible than what we had before, and as written in Arma Technology Inside blog, ArmA 2 uses the same technology, only slightly improved. The main improvement is that by using all four channels of the ARGB mask and with some encoding tricks employed, the total number of different surfaces on a single satellite segment was increased from four to six. This may not seem a lot, but it has allowed our terrain designers to use a few surfaces which differ segment to segment, therefore the surface variability in the whole game world is now a lot higher.

I want Technique X or Effect Y, when it will be done?

I do not know. We strive to provide maximal visual quality, but there are other things which are important and prioritizing all this work is never easy. Even ArmA 2 focus was more on gameplay improvement, not that muchof graphics. It is very probable even Operation Arrowhead will bring some graphics improvements, but what exactly or how extensive those will be is something I will not reveal yet.