I still remember it like it was yesterday, and it's already a year ago. The crowds at Gamescom, an influx of new Outlanders, people playing the Free-to-Play version of the game for the first time. Fast forward to the present, we’re releasing the fifth season of Battle Pass simultaneously on two platforms. Keeping both in tandem slowed us down a bit recently, our update cycle shifted a bit, and it provided us with an interesting opportunity. As Update 4.1 was dormant for a while, we managed to squeeze in the extra development cycle for the Season 5 release. That means double the fun we’d like to share with you as well. 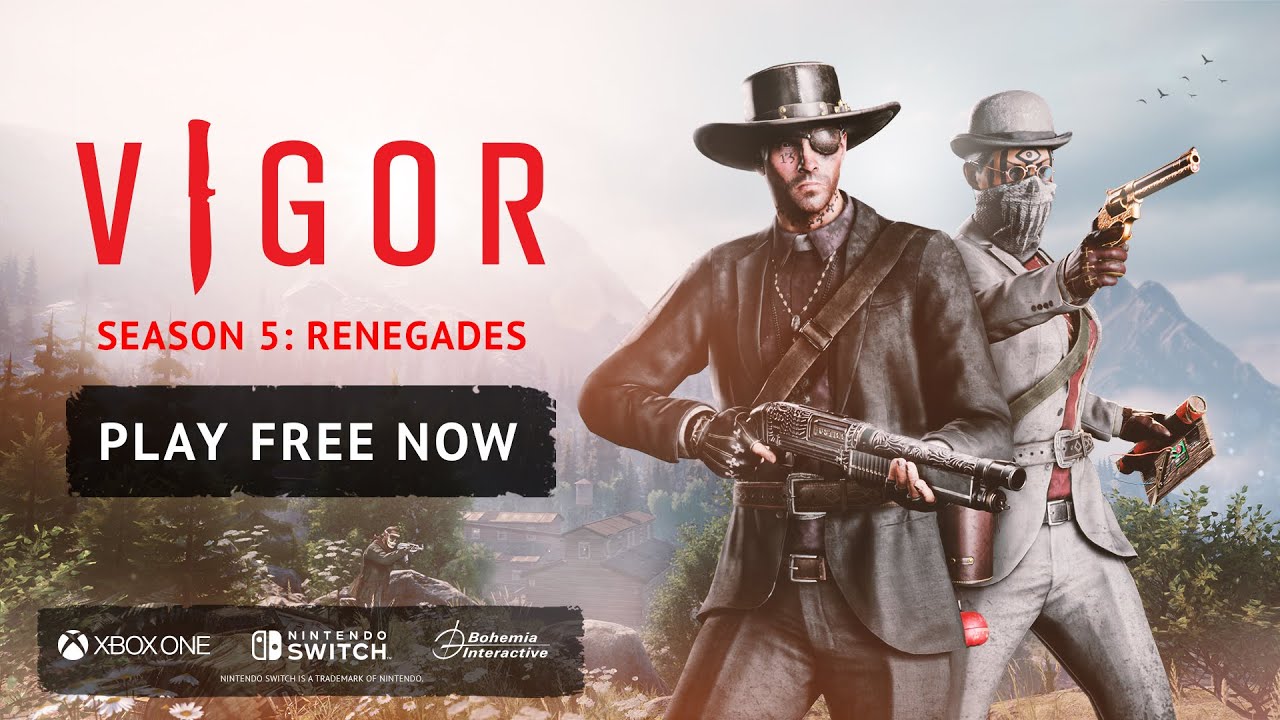 Post-war Norway was always rough. People killing each other on sight, calling out to duel at high noon, or simply resting in the shade near a bush. Outlanders adapted to the Wild West nature of the land in the attitude, and some of them even in the way they look. These Renegades prefer to wear colts and a sawed-off shotgun, or a handy submachinegun. Setting themselves as preachers for the sinful, they resemble priests of various religions, while taking a cowboy hat or two when they want to get their hands dirty. Add fancy antique glasses, several pairs of gloves in different patterns and even a combat mask to the mix. Renegades vary a lot in their appearance, still, they have one thing in common - they show other Outlanders that they aren’t easy to deal with. 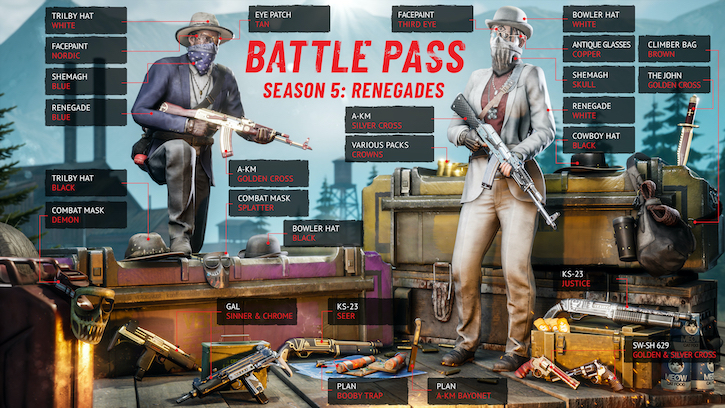 The high noon duels call for the Shootout on Sawmill, indeed. We finished a system that allows us to have Sawmill both for Shootout and for Encounters, feel free to explore the whole map with all of its beautiful vistas. To make it a bit easier, Sawmill is a featured map at the moment. And we heard the calls of the community for returning the map selection in a slightly improved form. Depending on the presence of a Featured map, there are two to three maps available for selection, rotating on a short-timer. This should allow Outlanders to fully prepare for the map ahead, adjust their loadout and customizations while maintaining the variability over time. And as a side effect, the loading times may decrease as well as there's a limited amount of maps at one moment. 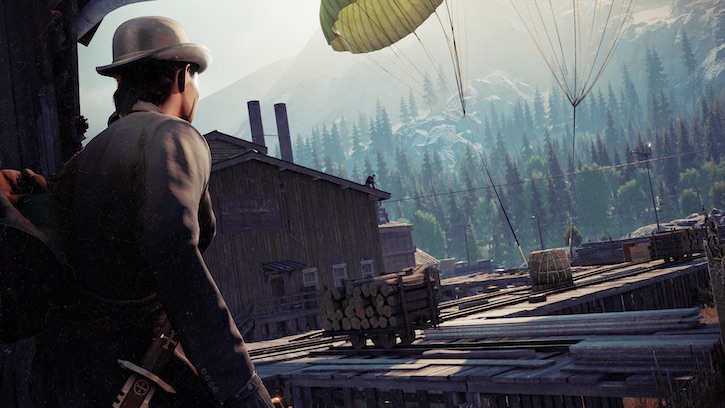 Trio, Duo or a Lone Wolf

As there are three maps for Encounters available, it would be cool to use the same number even for the team size in Encounters. We added a long-requested possibility to play in trios. We decided to keep just solo and group modes, which means there are three ways to get into the group Encounter - a well-known Duo, newly added Trio and a possibility to prove your skills as a Lone Wolf. If you’re a daring Renegade willing to risk more for higher rewards, you can opt to go to fight groups alone. The challenge is all yours. To keep even solos more interesting, we added the second box into airdrop the same way you can see it in group encounters. That should allow for more important decisions, allowing you to wait for someone to take an Airdrop while taking the second as other Outlanders follow the first, for example. This builds on the change prepared in Update 4.1 that dictates sharing the Airdrop with others. 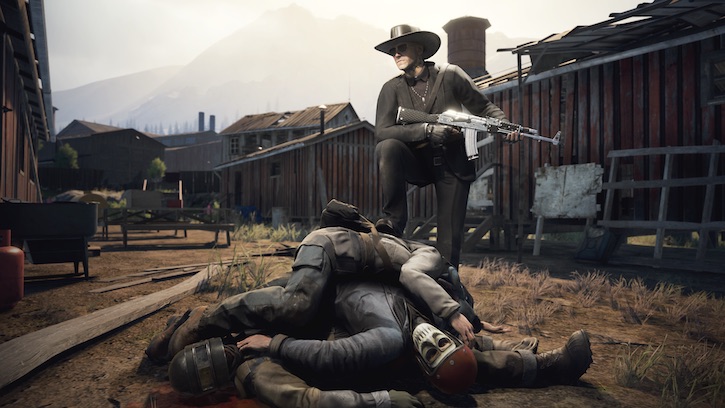 More to the Encounters

Encounters are not only about Airdrop. Renegades are more than happy to play dirty tricks on others, as you can see with a Booby Trap tool. You can use it on any container and whoever tries to open it gets a nasty surprise. Either they’re able to swiftly disarm the trap, or face the explosion. You need to be clever and think on your feet to survive in Outlands. The same goes to your knowledge of your arsenal - weapons are able to penetrate softer materials yet again, and hiding behind doors may not stop the bullets anymore. And one of the biggest additions to Encounters are clues for skilled Outlanders. You can distinguish if there's someone camping by the exit, or the other way around, someone approaching your station if you’re able to check for the environmental clues. Crabs need to up their game if there’s a flock of birds around. 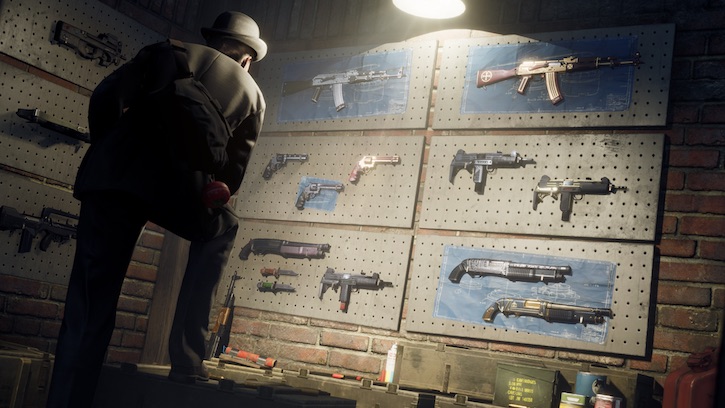 We'll be there for you!

As we were adding Trios to Encounters, we didn't forget about Elimination either. It's now possible to play in a premade group of five and show teamwork to the opposing Outlanders. We managed to get several required changes running, like for example the change in spectator for Elimination, which spectates only teammates now. This should make Elimination more enjoyable with a group of friends, feel free to invite some to see the winter landscape of Islands. In the future it may even help as we’d like to add Islands to Encounters the same way we did for Sawmill. 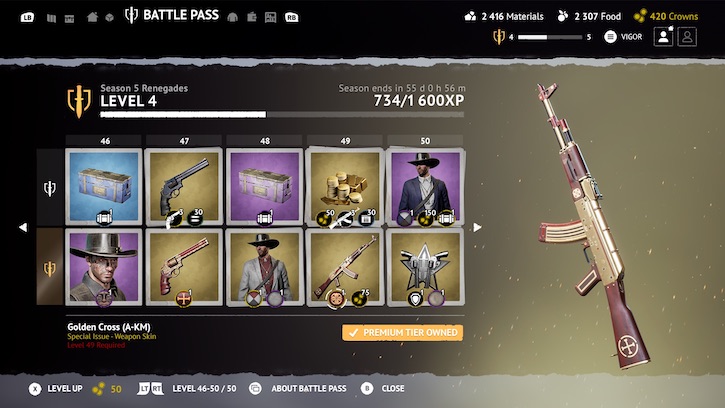 There’s a lot more in the Season 5 release, feel free to check the full changelog. We know it's been a long wait over summer and we hope it was worth it. Please, should you happen to have any feedback, let us know. We’re working on many fixes and tweaks that require your input as well to get as much data as possible. We welcome the feedback from our Switch users as well, improving the game in the Founder's Pack period before the full Free-to-Play release. Be prepared for an announcement soon that sheds some more light on the future of Vigor.