Season 7 was a difficult ride and we’re really grateful that you stuck with us through the difficult times. We’re happy to report that the major issues on PlayStation have been resolved and we can now focus on more improvements, as well as exciting new content. So without further ado, allow us to introduce a new group of Outlanders called Trappers. 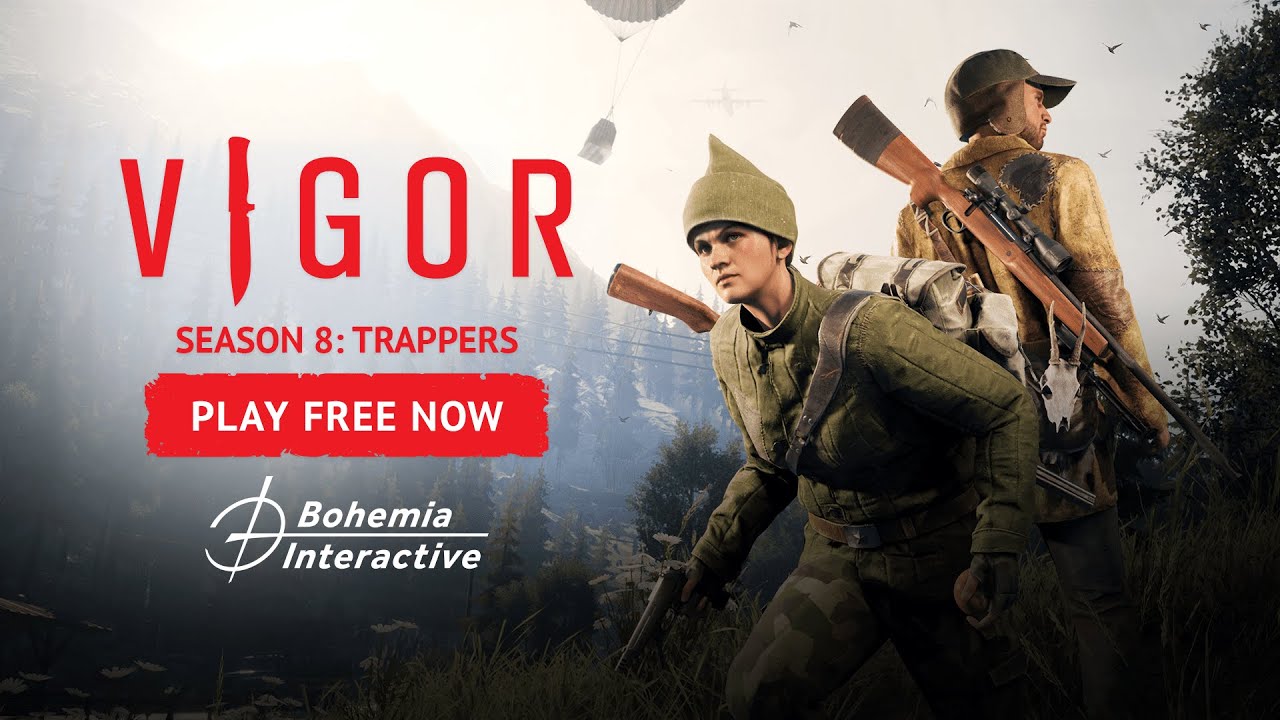 It’s no surprise that Trappers was inspired by your feedback, along with a bit of creative freedom from our artists. This time around you’ll track a squad of individuals who live in harmony with nature. Season 8 is all about the hunt and a calmer and sneakier playstyle, which is why the Anti-Camping Mortar Strike left with the Mercenaries.

If all you want to do is blend in with the environment, then this is the season for you. Norway is the land of Trappers and they can be identified by animal face paints, subtle colors, and inventive backpacks. One place where you definitely won't miss a Trapper is the lobby. The titles, presented in the form of hunt trophies, totally stand out. 50 new levels of Battle Pass await, so dive on in and enjoy a season dedicated to nature! 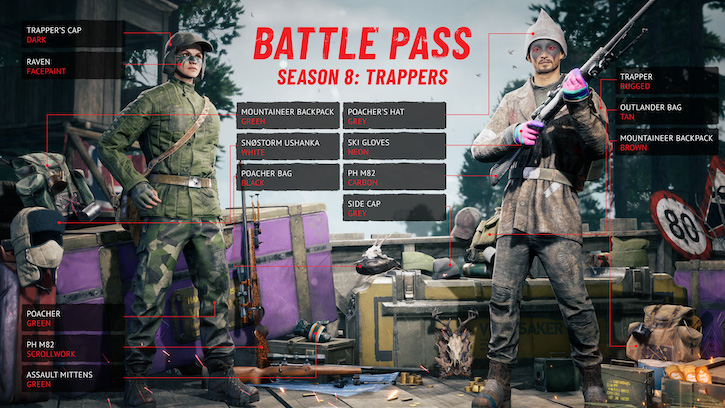 The Outlands are always changing

A lot of you mentioned in previous months that there have been too many changes and too many new things. We hear you, even if it takes us a bit of time to react! The first thing that should make a lot of you happy is that the Anti-Camping Mortar Strike has been called off. We released this one thinking it would be a nice obstacle for campers, but as you guys let us know, it was influencing gameplay in a way we didn’t intend. That’s why the mortars left with the Mercenaries. If the camping will need to be addressed in the future, we’ll have to go with something much more subtle.

Another positive bit of news is the return of multiple Loot Events. We still think that having three of them is a bit too much, so we settled on two. We hope this will bring a bit more happiness back to the Outlands and that you will enjoy the change. 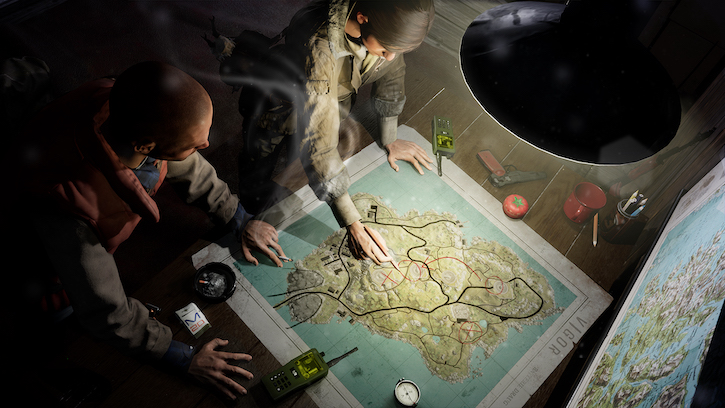 We also took a different approach to weapons this time. We’ve heard a lot of opinions on guns lately and we feel that we’re getting to a point where there are too many of them. That’s why we dove a little deeper into weapon animations this season and made some improvements. If you want to learn more, make sure to check out our changelog. We’re releasing only 1 new gun this time - a glorious PH M82. There are some discussions going on about how to approach guns in the future and we believe that making each gun feel more unique would be beneficial. Let us know what you think! 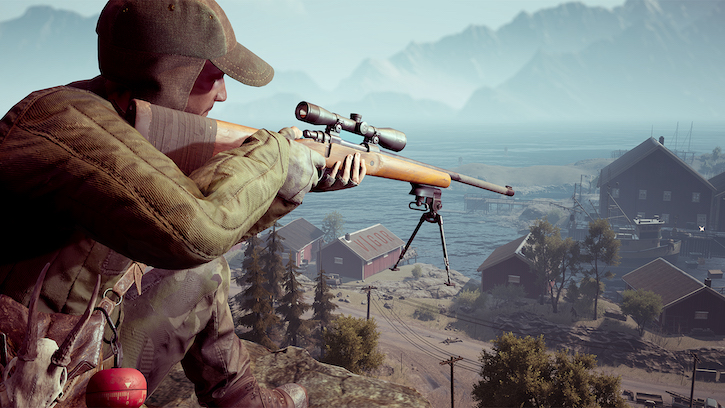 The hunter or the hunted?

One last thing you don’t want to miss is the new packs. Why? Because we’re trying a new approach with each one! The Hunter Pack is replacing the premium Prepper Pack. It contains a special variant of the Hunter Uniform which we haven’t released before, along with 2855 (+1145 Bonus) Crowns - same as the Prepper Pack. What has changed, however, is the pricing. We’re offering this premium pack for $69.99 instead of $99.99, so make sure to grab it! 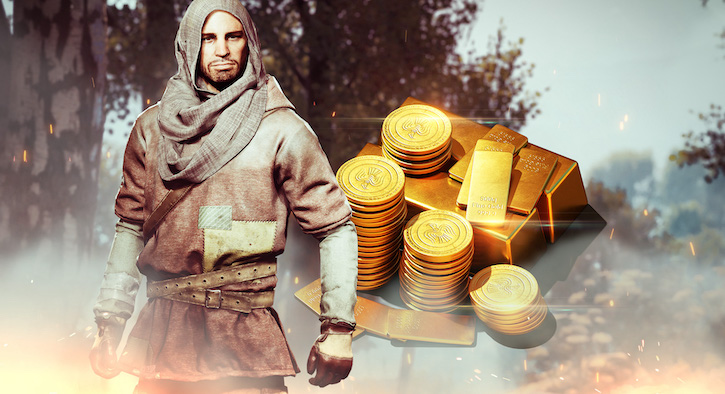 The second pack coming to the Outlands is the Prey Pack. This is a fresh one that is not replacing any of the older packs but complements the Trappers. If you want to play with the idea of being the hunter or the hunted, then the Prey Pack is for you! This one doesn’t contain any Crowns, but for $19.99 you get 2 exclusive uniforms, 2 caps, facepaint, and a piece of face wear. Check out the Prey Pack at the store and become an animal of the Outlands! 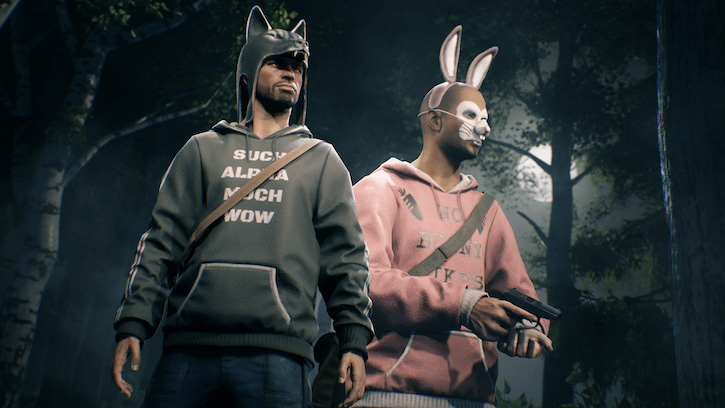 A look into the future

We brought back a few pieces of content in March. The first is the Community Corner competition which occurs every weekend. If you have a creative mind and would like to win some Crowns, make sure to check out our social media (namely Twitter and Facebook). There was also a successful Double XP Weekend a few weeks back, which was a nice addition to vigorous activities. And in case you’re interested in the hardworking humans behind Vigor, take a look at our revived Vigor Team Interviews.

Something you definitely won’t want to miss is a hidden feature in Season 8 called Legacy Seasons. We’ve already mentioned it a few times in the past and it’s something we’re very proud of. So get out there and investigate, then share your theories on social media!

And now to the more distant future. There are multiple challenges we need to face in the upcoming months to make significant improvements in Vigor, which means Season 8 will last longer than you are used to. Since there are more things to share, we plan on updating you in a separate blog post that will be dedicated to future schedule changes and upcoming improvements to Vigor. So stay tuned! And thank you for your tireless support and continuous feedback.