Welcome to the first Project Lucie dev-blog! My name is Laurent Lavigne, Project Lead on this brand new game. In this introductory blog, we'd like to officially share with you the first details of Project Lucie, an experimental VR puzzle game, which is now available for free through Bohemia Incubator. But, before we talk more about this project and its goals, I'd like to formally introduce myself.

I've been working in the gaming industry for almost 12 years now. I've had the opportunity to work in different studios across different countries, including France, Germany and, today, the Czech Republic. Since joining Bohemia Interactive almost 3 years ago, I’ve had the chance to work on various games and projects alongside some fantastic teammates. And, today, I’m proud to officially announce the release of our most recent creation: Project Lucie, which has now been made available under the wing of our Bohemia Incubator label.

Project Lucie has been created by a small core team of just 7 developers, together with the invaluable support of several other colleagues assigned to various other projects. Many of the team are veterans of the Take on Mars project, and some are fresh faces here at Bohemia Interactive, too. After TKOM's prolonged development, our small but passionate band of Bohemians decided to start from a clean sheet, and take the opportunity to turn our minds towards Virtual Reality. This brand new technology was the perfect field upon which we could play with new skills.

Project Lucie was, at first, a simple attempt to understand the core aspects of VR: the feeling of being inside a game world and literally grasping your surroundings. Playing with physics in a virtual environment sent us 'back in time'. We remembered, when we were children, the simple enjoyment of just building things with our hands, and using our imagination. This is how our project grew up: from the simplicity of child’s play. Playing with simple blocks, we soon discovered some interesting game mechanics, but we felt something was missing. Something that would shape and glue our concept.

The story of Lucie emerged naturally. The story of a little kid that we've all once been – with hopes, fears, joys, sadness … and imagination! This is what Project Lucie is: an experimental VR puzzle game, shaped around a narrative, which lets players enjoy a simple but engaging story. Players take on the role of Lucie, an 8 year old girl with a big imagination, and follow her story by completing puzzles that come to life! Beyond her story, an Editor mode invites players to explore their own imagination by building their very own puzzles. 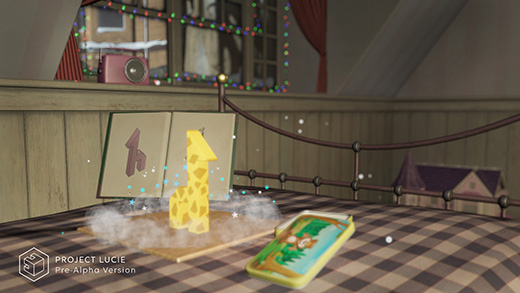 And, because we wanted to offer this experience to a broader range of players, aside from making sure that our game is playable on an Oculus Rift© with Touch controllers for a full VR experience, it's possible to play on non-VR systems, too, using traditional keyboard and mouse controls. As we are in 'incubation' at the moment, we're not yet part of the Oculus store. So, in order to be playable, it is necessary to switch on a specific option in the Oculus settings. Click the gear icon and select Settings. Then, click General and enable Unknown Sources, which allows applications that have not yet been reviewed to be played. See the official website for more information.

It's important to note, however, that Project Lucie is at a very early stage of development. We are calling it 'Pre-Alpha' but, more specifically, it could be described as a 'Vertical Slice': a version that presents a piece of each core element of the game. In our developer's jargon, that means we are still very far from the end. And that's fine! As part of Bohemia Incubator (our label for experimental games that are made available to the public), our intention is to let players try our game right now, and share with us their feedback, comments and recommendations.

This early version includes just one of Lucie's stories, together with a creative sandbox and editor mode. We hope this 'slice' of features presents the core of what the game is about. Of course, while we have done our best to ensure a fun and playable release, we must emphasise that the game is not final, content and technology may change, and there could be a few teething problems across different hardware combinations and systems. We thank our community in advance for their patience! 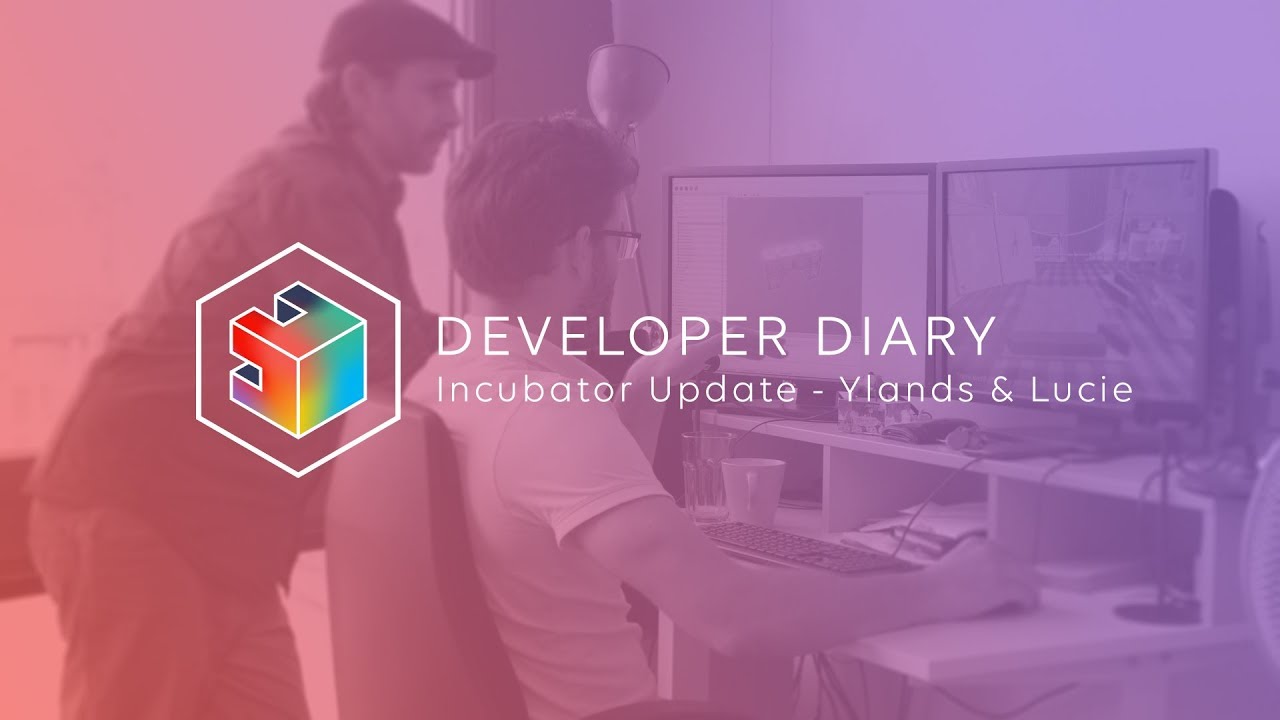 The road to success is filled with obstacles that we are ready to tackle. If you feel ready to take part in it, you can download Project Lucie right now for free via its Incubator page. If you want to share your suggestions or ideas, don't hesitate to use the Bohemia Forums, where we can exchange our visions and keep you informed about the upcoming important updates.

By offering this Incubator version for free, we hope our community will seize this occasion to be part of our venture to experimenting new things, out of the box ideas in an environment that values creative freedom and initiative.

On behalf of the Project Lucie development team, I wish you all Joyeux Noël!