Great news! Thanks to your support, we’ve been able to raise a significant amount of money for a good cause.

Now that the fundraising period is over, the Art of War Charity Pack has been permanently made available for free to all Arma 3 players, just as it was announced when the DLC was released in February of this year.

The Art of War Charity Pack adds an in-game art exhibition to Arma 3 where visitors can see some of the best artwork and screenshots made by the Arma 3 community. The DLC also includes a new singleplayer combat scenario in which players are sent on a mission to recover valuable paintings stolen in a war zone. Other additions are a formal suit, parade uniform, new backpack, various t-shirts, and several props related to art galleries and memorials. 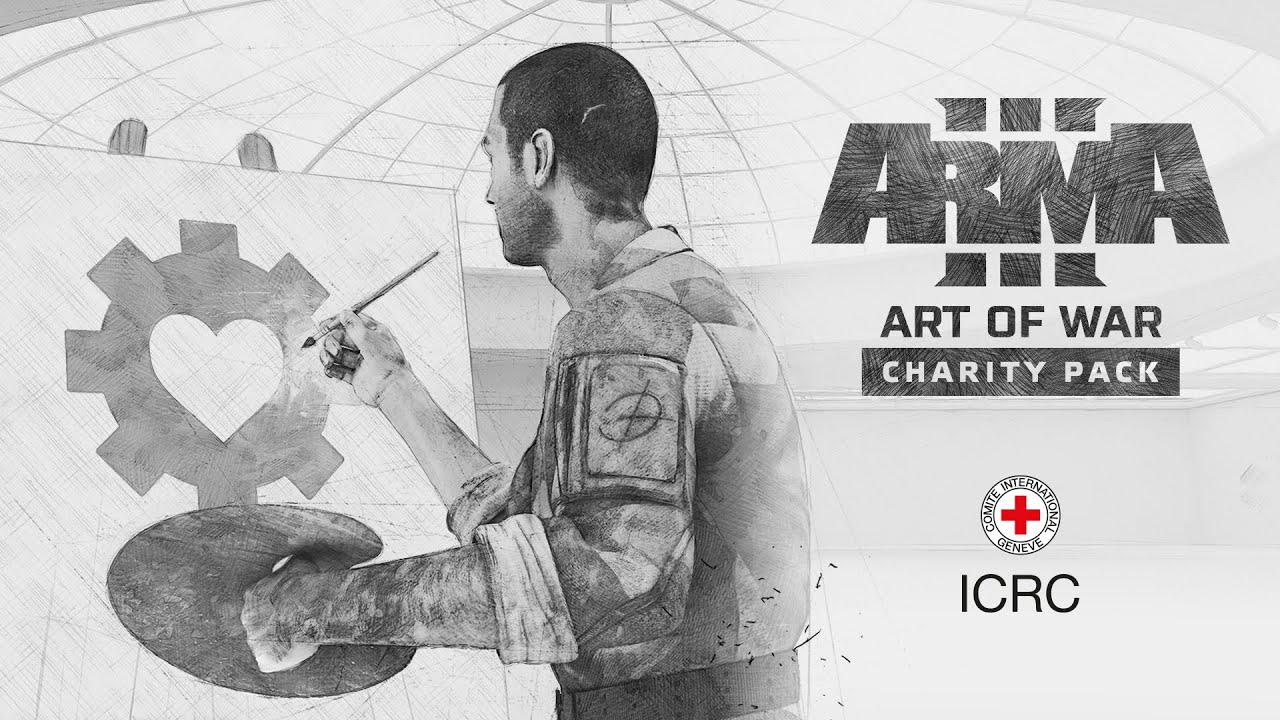 "We are very grateful to Bohemia Interactive and to all the players who made a donation to the ICRC. Our collaboration over the years is a strong example of the synergies that can be developed across communities, offline and online, and this donation will make a clear difference in the life of thousands of people,” said Marek Resich from the Resource Mobilization division at the ICRC.

The $155,783 donation will support the ICRC in their mission to ensure humanitarian protection and assistance for victims of armed conflict and other situations of violence. More information about the ICRC, their activities, and International Humanitarian Law is available at www.icrc.org. 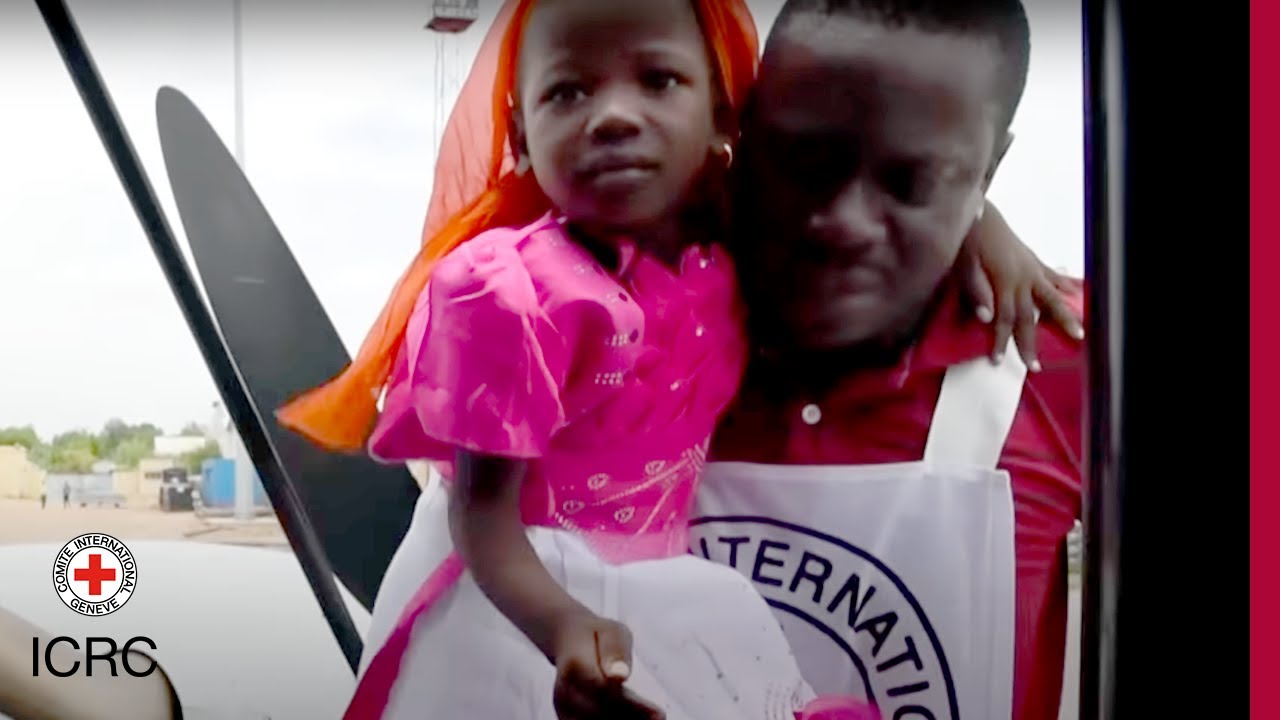 Lastly, for those interested, we’ve prepared an infographic with a few statistics on how people have played or interacted with the Art of War content so far: 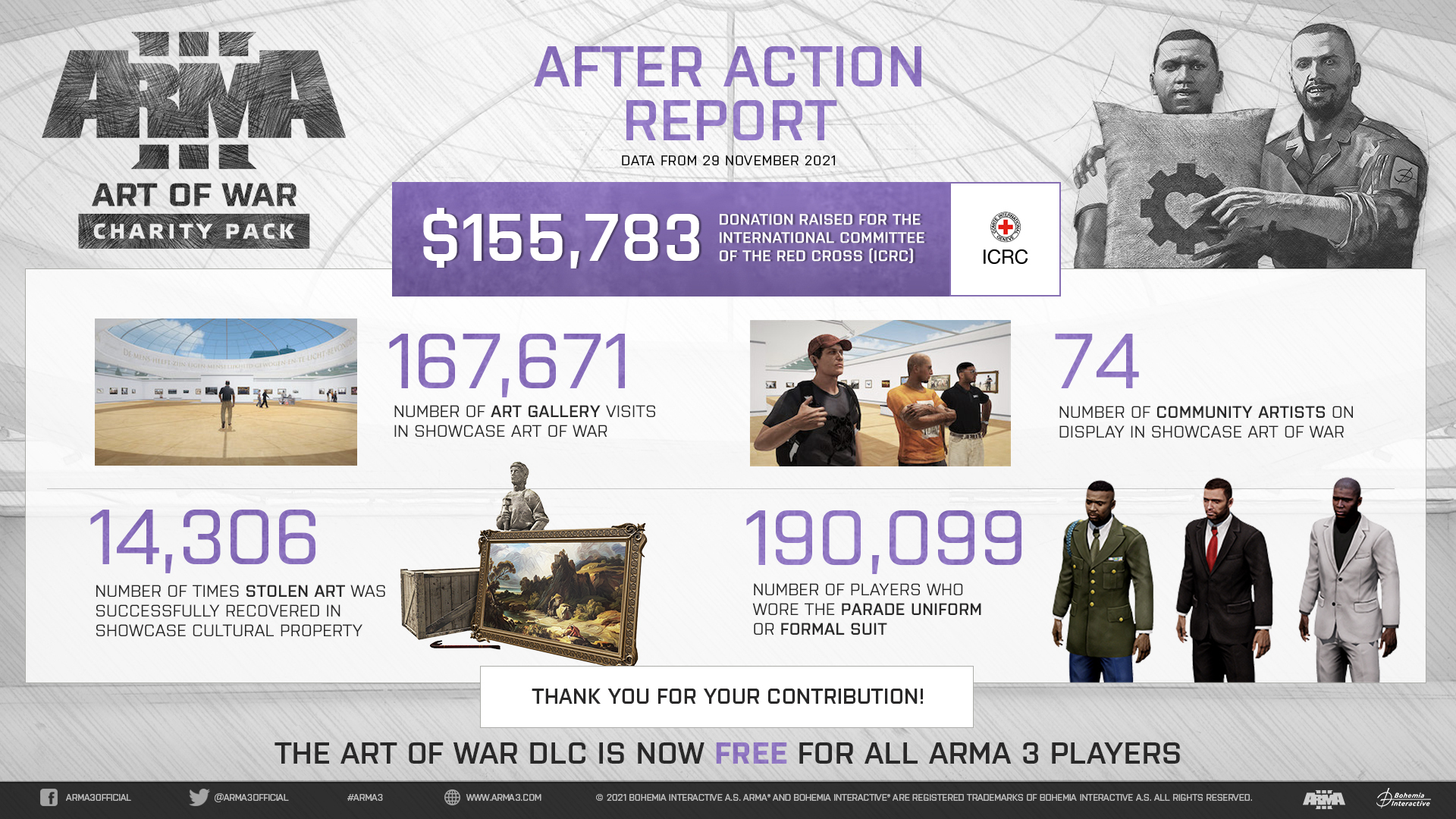 On behalf of everyone involved: thanks again for your splendid contribution!