Where have all the destructible buildings gone? (Long time ago)

This is question which many have asked after the ArmA 2 announcement: what has happened to two highly anticipated features: dynamic building destruction and RPG game play elements.

Did they "Gone to graveyards every one"? Or will they be present in the form we have seen them? And if not, why not - is Bohemia deliberately holding out on them?

This blog attempts to answer those questions.

When we demonstrated Game 2, dynamic building destruction was one of the features we were talking about, and one which was liked a lot by those who saw it. 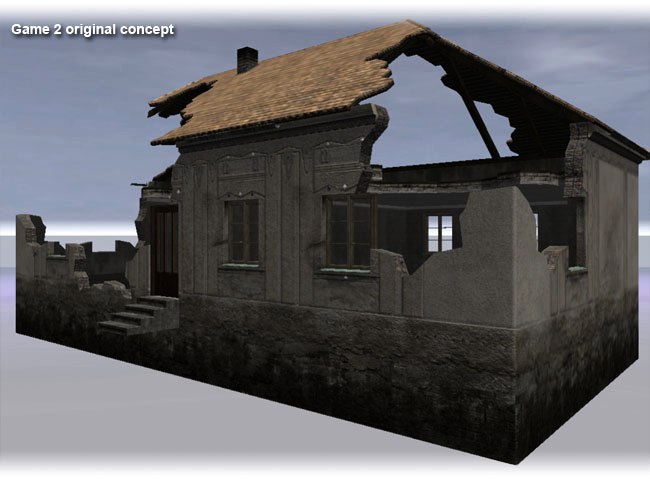 What we did not have:


Back then, we hoped we will be able to solve those problems in some or other way. Unfortunately the reality was different. In spite of the fact we invested a lot of time and workload into those problems, the last one especially has proven to be too difficult, and it was clear the idea in its original form needed reworking.

We did some redesign, learning from the problems we had, and after that the building destruction system for ArmA 2 should look like this: 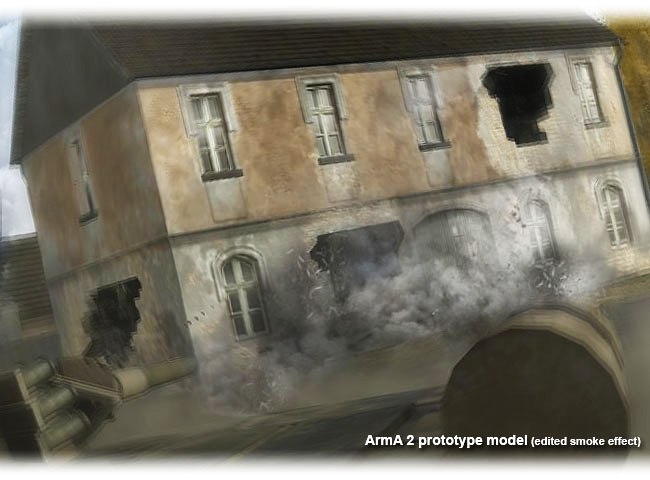 We think a solution like this will bring most of the benefits of the dynamic building destruction to the game, but will be a lot easier to implement (and prepare data for), will require a lot less CPU power for simulation and will be friendly to both AI and multiplayer.

I understand some people will be disappointed, as this is not what we were originally talking about, and it is not what we strived to implement, but I hope most will understand that the decision was not easy for us and we decided this way because we saw it as the best for the game we are developing for you.

Another major feature advertised for Game 2 was RPG elements and non-scripted conversations. What has happened to them? Were they reduced or perhaps scrapped completely? You will learn more in the next episode of this blog.