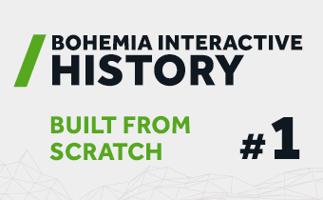 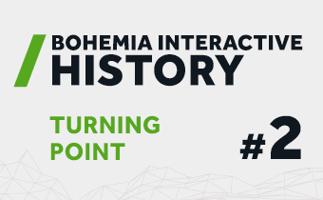 "I never wanted to glorify war. I was interested in armed conflict; in all its professional breadth, and its actual course." Marek Španěl’s vision materialized into a game that generated a huge wave of enthusiasm around the world. It was at this point that we ended the previous installment of our series on the history of Bohemia Interactive. Before we go any further, however, let's take a closer look at the development of Operation Flashpoint and its subsequent fate.

"It was definitely influenced by life behind the Iron Curtain under communism," Marek explains. "As a child, I listened to the voice of America on the radio and saw things from the other side. That was a big influence: the fight against the Russians. When you lived under communism, you had a different feeling about it than when you lived in a Western country and you didn't mind or understand it. We got the inspiration to create a kind of anti-communist game.”

As Marek recalled in an interview for LEVEL magazine, his inspiration for the military game came from when he himself had to join what was then a still compulsory military service. The combination of the experiences he collected in the military, along with the overall atmosphere of post-totalitarian Czechoslovakia, triggered in Marek the desire to manifest these memories and experiences into a video game. 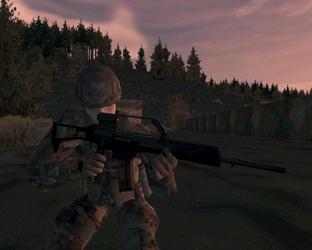 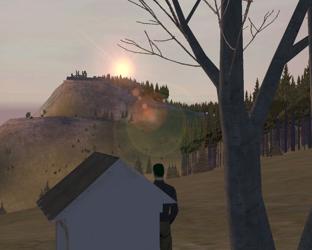 The development of Operation Flashpoint began when the game was still far from its final form and name. Project Poseidon, as the title was called at the time, was supposed to offer the ability to control helicopters and APCs, and was supposed to be more of a sci-fi take on a post-nuclear world. "The last 100 American soldiers and the last 100 Soviet soldiers met on an island and had no better idea of what to do than just fight each other, even though they're the last people in the world," Marek says of the early ideas and plans. That we can see the germs of a battle royale phenomenon in this concept is more than a little amusing, knowing that PlayerUnknown's Battleground is based on Operation Flashpoint's successor, Arma.

Development began to turn from a slightly futuristic concept towards reality, which felt closer to the authors. The planned dynamic campaign started to turn into missions with predetermined goals. As a result, players lost the continuously generated missions that would be created through the interactions of individual armies. The gradual cuts that accompanied the start of development eventually resulted in what we know today: "We started by building a non-dynamic training mode, which then evolved into the entire game," says Marek Španěl.

Work on Poseidon was begun by four people who were used to developing games for a different target platform. But as Marek Španěl recalls, they were enchanted by a series of new graphics cards at the time, so the game was developed on PC for that reason. Since they were a group of self-taught developers, however, the Španěl brothers struggled with translating their individual visions and ideas into reality. This manifested in mechanics that didn't work and problems with the game's logic, along with the functionality of the early versions of Poseidon itself. "The right thing to do was to make the physics, AI, and other elements come together. When everything worked in a linear environment, it was time to go into a fully dynamic environment. We tried to do it the other way around," says Španěl.

The environment then became one of the main pillars of not only Operation Flashpoint, but other games from Bohemia Interactive as well, especially the Arma series. Marek Španěl and the rest of the team first started to create the game with radar for easier navigation, but as he recalled in a past article, it would be a shame if players followed the radar and ignored the game environment itself. Moreover, this was inspired by a lot of real-life locations, such as the military base where Marek did his compulsory military service and the islands of Kerkyra and Lefkada.

But it wasn't about excessive realism, Marek adds: "Realism can be a completely crazy, far-fetched simulation with a morbid emphasis on unimportant things, like photorealistic graphics, while an authentic game can immerse and educate about the world without needing to stress how thoroughly it simulates reality." And it was down that path of authenticity that the development of Operation Flashpoint went. 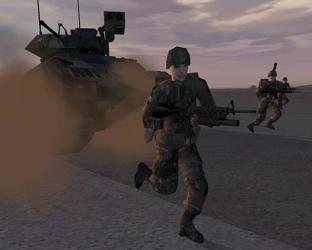 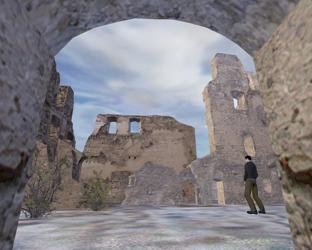 It All Started with the Demo...

When the Operation Flashpoint demo was finally released, the game received an enthusiastic response, even though it was still a long way from its full release. "The success of the demo exceeded all of our expectations, and the ratio of extremely positive reviews to more or less justified criticism was also very good. It was quite a brave decision to release the demo long before the game's release, but in hindsight I have to say that we don't regret it," Marek recalls. For Marek and the rest of Bohemia Interactive, the feedback on the user missions that were part of the demo was indispensable. Working with the community and the engine became crucial to the company’s development. "Some people said that with the user missions, the demo already offered more than many full versions of the game and that there would be no reason to buy the full version," Marek adds.

Although the look of the game has changed dramatically since the original plans of Project Poseidon, Operation Flashpoint was conceived from the beginning as a large-scale work with an open environment for creative individuals. "The first enthusiasts ready to create MODs for the game are already forming - and some of their ideas are truly original," said Marek Španěl in a 2001 interview, and it must be said that he was not far from the truth. "We're looking forward to playing some proper missions and campaigns ourselves here, which players will create once they get their hands on the full game's mission editor and complete documentation after the game's release."

The game wasn't quite finished at the time and needed a lot of work on both the little things and the bigger things, but the feedback motivated the entire production team to work harder. Alongside this, however, the studio had to contend with issues surrounding the release of the game itself. After problems with the original publisher, Interactive Magin, Operation Flashpoint eventually landed under the umbrella of British studio Codemasters, which helped push the entire project to completion.

The game was to be released in England at the end of May, with the game becoming available in other countries a few weeks later. “In the end it was decided to release the game at the same time worldwide, mainly because of the negative impact that piracy would have on sales in countries where the game would be released later," Marek describes.

...and Continued with a Bang

When Operation Flashpoint finally came out on June 22, 2001, it became the best-selling PC game in the world. "We sold practically two million units, it was a huge success," says Marek Španěl in an interview with SCORE magazine. The game was a huge success and it didn't take long for the studio's representatives to head to the prestigious Game Developers Conference in the United States, where Marek Španěl received the Rookie Studio of the Year Award directly from Gabe Newell. He followed this success with a trip to the United States to gather material for his next project - a Wild West shooter. 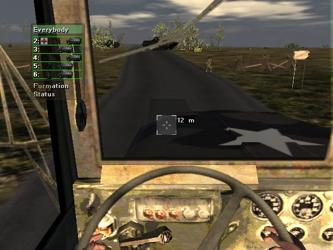 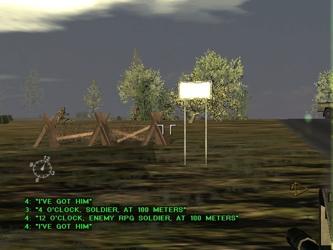 Screenshots from the Xbox version.

VBS1 is an interactive, three-dimensional training system for teaching tactics to small groups of units. It features photorealistic terrain, user-definable missions, selectable vehicles and equipment, and optional environmental controls to expand team members' experiences. After completing an event, all units' movements can be analyzed to evaluate their behavior and any mistakes they may have made can be learned from in the future.

This particular training mode, based on Operation Flashpoint, was developed by the Australian branch of Bohemia Interactive. "It is designed for federal, state and local government agencies and aims to serve the individual requirements for training environments of the military, militias and other units. VBS1™ is deployed in a local LAN environment or over the Internet on laptops or desktop computers. A special USB key is required to run it," reads Wikipedia. 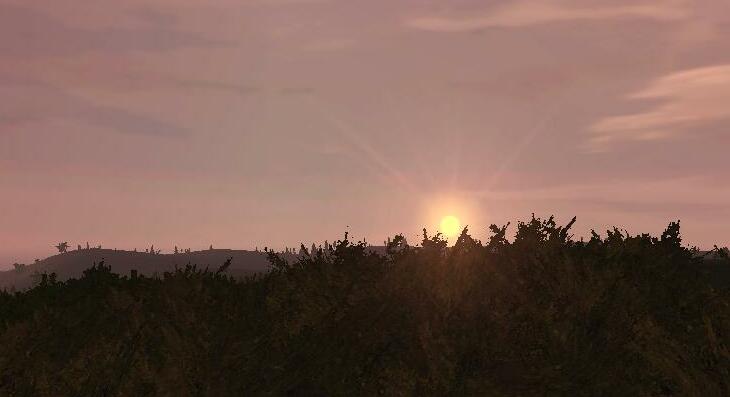 While VBS1 has become something of a legend, the console versions of Operation Flashpoint were plagued with problems and mixed reviews. "That's where someone started to squeak," recalls Marek Španěl in SCORE. The brand's owners at Codemasters decided to develop Operation Flashpoint 2 along their own timeline, without giving the studio enough time to embark on its development themselves. "It was a logical decision in that situation, but again, we were led around by the nose a bit," adds Marek Španěl, who was not deterred by the unpleasant break with Codemasters, and losing the rights to the brand that made the studio famous. 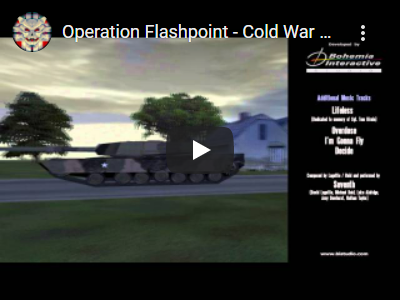