1) Hey Johanny! Can you introduce yourself...

I'm Johanny, I'm 31, and I'm French! I've lived in Brno since 2018 and have worked for Bohemia since then. I started as a Backend Programmer, and since 2020 I'm now a Lead Programmer.

2) What do you do as a Lead Programmer?

My main responsibilities are to oversee and organize the work of all programmers on Vigor and advise other departments (game designers, producers, etc.) on technical aspects (estimations, feasibility, complexity, etc.) I'm also in charge of organizing and coordinating all updates we release on Vigor.

3) What's the most exciting part of your job?

On Vigor, the most exciting part is when we're releasing updates. The whole team comes together for these occasions because each team has a role to play in them. Game Designers are checking that gameplay data is configured properly, Programmers are deploying the new versions on all consoles and servers, the QA team is testing, and Community Managers and Marketing are handling the communications with the community.

Another exciting thing is to see the game evolving and how the community reacts to it. It's a great source of happiness when the community is satisfied.

4) How does one become a Lead Programmer?

First, you need to be a Programmer and have enough knowledge and experience of programming. Second, you need social skills, such as good communication and good organization. Having both is really crucial, in my opinion, because the role has a lot of organization and coordination related to it. The knowledge will help you guide and advise team members, and good communication will help you share your knowledge with them efficiently. Having and sharing the right information with the right people is key. Honing that ability really speeds things up when it comes to making new content and meeting the expected quality level.

I acquired my programming skills by going to college and getting a master's degree in computer science, and doing everything possible to have an internship in the game dev industry. After that, I was just eager to learn and eager to make a difference in all the games I worked on. I believe that it's my desire to always push for improvement that eventually got me to the position I'm in now. I never limited myself to my job description but just did what I felt the game needed the most.

My usual day has a lot of communication in it. I spend a lot of time answering various questions from all team members. Advising on the game design and its feasibility, advising on the best way to solve or tackle an issue. There's also a lot of technical work; usually, when QA finds a new mysterious bug, they'll bring it to my attention and ask for my opinion on where the issue could be. Sometimes I'm able to fix the bug quickly, or sometimes it requires more time, and I ask one of the programmers to solve it. Given that a lot of people are asking for my guidance, I usually can't focus on a single topic for very long. So when it requires more work, I have to delegate it.

6) Any sneak peek of the new planned content for Vigor?

I can say that the upcoming map is shaping up nicely, we have a ton of fun during playtests, and the first Battle Pass season for 2023 is looking really nice!

7) What are your hobbies outside of playing games?

I spend time with my lovely wife and our puppy - a very cute and moody toy poodle called Lola. We go around Brno for walks and throw things for her. I also like to listen to Podcasts about game dev, read books, and play the electric guitar.

8) Can you tell us a random fact about yourself?

I grew up on a French island called Martinique.

9) What job did you want to do when you were little?

I never knew what I wanted to do, actually. At some point, I wanted to be an airline pilot, but once I got to college and discovered I could program and make games, I changed my mind and focused on becoming a programmer in the video game industry.

My favorite movie is The Martian. I can watch it dozens of times and still have a blast. My favorite book is actually a saga, the Royal Assassin. I've read almost everything written by Robin Hobb. I love to escape into the worlds she creates.

I'm a big fan of Metal. My favorite bands are Metallica, Iron Maiden, Parkway Drive, Gojira (who I've yet to see live!), Trivium, Machine Head, and many more. But I can also listen to various other music genres.

13) Let's move back to the video games topic. What was your first positive interaction with video games that you can remember?

Oh, I actually remember a lot of stuff from my childhood. I remember finishing my first game on PlayStation 1, it was Bugs Bunny: Lost in Time. I played a lot of games before this one on NES and Mega Drive, but I was never able to finish any games on there as I found them too difficult.

14) And your most memorable video game moment?

Back in college, when I was playing League of Legends with my friends, I was playing as an AD carry on the bottom lane with Tristana, after winning an early fight against the opposing AD carry and support, my support was dead, and I was low on health. I was going back to my tower to teleport back to base, but the opposing Jungler arrived with full health. It was Jarvan IV. But Tristana has many cool abilities. I managed to stun Jarvan by pushing him against a wall and started firing at him while fleeing. He then used his ultimate to trap me with him in a tiny arena. Luckily I could jump out of it, leaving him trapped alone, and I continued firing until he eventually died. My teammates went crazy seeing the fight. I really regret that back then, I didn't have any software to save videos a posteriori. That would have been a great clip to look at.

15) Who's your all-time favorite video game character, and why?

Sora from Kingdom Hearts, I like how positive he is even against adversity. That's how I try to behave at work when things go wrong. 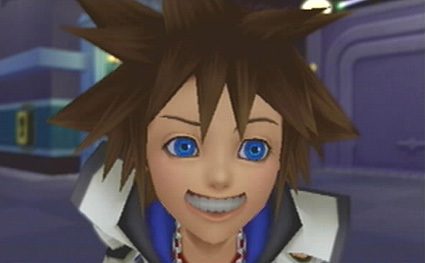 16) Which game has had the biggest influence on you during your life?

Back when I was in school, I started playing Dofus. This is the game that had the biggest influence on me... But not in a positive way. I was so addicted to the game that I started to care about nothing else. I eventually managed to stop playing it, and I've been careful to not get too hooked on any MMO thereafter.

17) You have to pick one game you'd play for the rest of your life.

Monster Hunter: Generation on 3DS. It's a great entry in the franchise and has a massive amount of content, and challenges.

With all the time I spend playing, you'd think I would be a pro at one game at least. But no, I'm an average player in most games. I always had a friend that could best me. The only game where I'm tough to beat for anyone is Mario Kart 8.

Chess! I overthink every move and eventually get beaten anyway.

20) Is there anything else you're currently working on in your spare time?

I give my best to the Vigor team. I'm not programming or working on any side project when I'm home. I'm usually too tired for that.