Next up in our 'Report In!' series, a discussion with one of Bohemia Interactive's veteran artists, a selection of new screens, and a fantastic showcase video have been declassified and are ready for immediate analysis!

We're often asked to let some of our people talk about what it's like to develop a game at Bohemia Interactive (BI). 'Report In!' gives you a more personal perspective on our team, a more detailed look at the way we go about our work, and fresh information about our ongoing projects.

In the spotlight this week is Pavel 'Gugla' Guglava, who's responsible for the overall colour and lighting settings of Arma 3 (A3), and drives much of the research and graphical advancements of the Real Virtuality (RV) engine. Below, we focus upon some of the fantastic advancements to lighting, taking a look at how these new changes improve the overall 'look and feel' of A3, the underlying gameplay, and how everything fits together with engine optimisations. 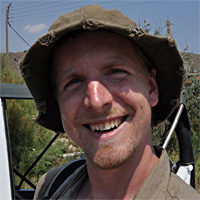 Tell the people a little about yourself. What's your role? How long have you worked with BI? On which projects have you contributed, and what's your favourite Bohemia Interactive game or experience?

Pavel Guglava (Gugla): Hi, my name is Pavel Guglava, nicknamed Gugla. I’m a little over 30 and come from Northern Bohemia. I joined Bohemia Interactive as a 2D graphic designer over 7 years ago, when what was known as 'Game2' was being developed. I was fascinated by the level of detail of the vegetation and models, unparalleled by games of the same period. From that moment, I started contributing to all upcoming projects; from Arma, through Arma 2 (A2), Operation Arrowhead (A2OA) and, most recently, Arma 3.

My tasks usually relate to the environment and lightning, but I’ve also briefly touched upon the creation of models, such as houses, wrecks and animals. My favourite game from the series is definitely Arma 2, with the amazing Chernarus environment.

And can you give us a random fact about yourself?

Gugla: I have not served a compulsory military service. :) 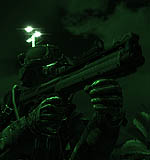 How did you begin the task of 'improving lighting' in A3? What does it really mean, anyway?

Gugla: The impulse to improve lighting in the RV engine has been present during all my years in BI. Thanks to some key changes in HDR (High Dynamic Range), we’ve been able to finish most of our 'wishlist' of improvements to lighting, point-lights and even in light-emissive materials. The goal was always clear: make the lighting as realistic as possible.

The HDR improvements chiefly address the improvement of shading in the game environment. High Dynamic Range basically means the brightness of the picture adjusts to the light conditions in the scene, so player can see the surrounding environment in the best quality - neither too dark nor too bright.

Night-time in A3 already feels a lot more engaging, but it's made up by various subtle advancements working together. What, for you, is the one stand-out improvement-in-progress?

Gugla: I have to go with the glorious HDR improvement. Without this, none of the implemented enhancements to lighting and light-emissive materials would even be possible! 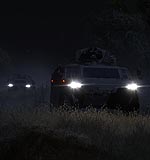 The new volumetric cloud technology, which we've already seen rolled out with Take On Helicopters, has a big impact upon the feel of any scene. What further enhancements have been made with A3?

Gugla: Clouds are part of the lighting setup. It is possible to continually change their brightness and colour both during the night and day to reflect different lighting conditions. For A3, cloud settings have been adjusted to best match the location (partly a product of the research done in the field) and a performance optimisation. When you're in an early-morning mission, I dare you to take a breath and just enjoy the sunrise.

Ok, so it's all looking great, but what about gameplay? Aesthetics aside, how does your work impact upon gamers?

Gugla: We are focused to open up the whole day cycle to the players. Lighting is a huge part of the visual experience. From this perspective, I think players will surely enjoy missions with night lights, without the whole screen going dark when attacking enemies in the west! And the point-lights and light-emission materials are a huge help with navigation during the night. 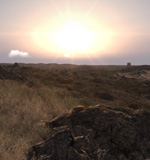 One relatively common complaint was with night-vision, and the way our old HDR implementation left some room for improvement. What changes have been made in this area?

Gugla: We have tweaked the colours displayed in night-vision optics. Those, together with improved lighting and more accurate HDR, result in a more realistic feel, especially when entering a village under the cover of darkness.

How far does lighting go? Does, say, every vehicle benefit from the improvements we've seen so far?

Gugla: The number of used lights and lighting effects is enormous. We've created a large number of new assets for Arma 3, each one with its own lights. Our goal was to make all of them useful, to make them look as realistic as possible, and yet not tap too much performance. Players will encounter those lights mostly on vehicles, boats, helicopters and street lights. 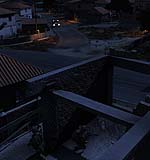 Given the - potentially enormous - number of entities and view-distances possible in the RV engine, what steps have been taken to ensure that advancements to lighting do not eat up too much performance?

Gugla: Each scene contains a limit for lights displayed simultaneously to keep performance stable. To increase performance, we also use a technology to transfer distant lights - those with no effect on the scene - into the satellite map. Of course, we transfer them back when their effect starts playing a role again. Also, thanks to the changes in point-lights, the distance to display lights with an effect on the environment has become easier to control.

Talking about 'performance', then, shadows are relatively 'expensive'. How do you balance creating a rich night scene - populated with numerous dynamic light sources - against the need to provide 'moar framez'?

Gugla: As for now, none of the new point-lights cast shadows. This privilege is held only by the Sun and Moon. In some situations, lights are replaced by light-emissive materials. This helps reduce the performance stress, yet it does so without changing the feel of the scene. After a lot of work, I am finally satisfied with the balance between performance and the feel of the night scenes.

And what about multiplayer? If lighting has become more significant, what steps are being taken to help balance this or give server admins the tools to level the playing field?

Gugla: You got me on this one! Of course, the heaviest lever still remains within the hands of the players. The way they adjust their performance settings will determine the frame rate. I am now working on fine-tuning the multiplayer situation, where, for example, one side might be considerably affected by attacking/defending against the Sun. My goal is to keep the effective advantage, while providing enjoyable experience for both sides. 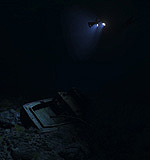 The unexpected eruption of a super-volcano plunges the world into an eternal ash-cloud of darkness. All uses of electricity deemed 'non-essential to the amelioration of the motherland' are outlawed. Those who break the law are sent to enormous facilities, which generate power from human labour. So, which one game would you risk playing, despite the threat of enslavement?

Below, we’ve got a special bonus video! It’s a look a some of the lighting at work, and a sneak peek at some of the forthcoming E3 content: