Summer is finally here, and what better way to welcome the warm weather than with a brand new and exciting update? But before we get into the details, let's take a look back at what happened in the last update.

Update 11.1 was released in March, and with it, Legacy Season 6: Junkers made their glorious return to the Outlands! We also did a makeover on the Crowns and Premium Pack menus and also improved the pricing for Crowns so that players could get more value out of their money. Then in April, in a surprise move, we released update 11.2. The update included Legacy Season 7: Mercenaries as well as a new and fresh onboarding experience.

Now that we got that out of the way, grab your preferred cold beverage, sit back and enjoy all this amazing content that's coming your way!

We're back with another installment of Vigor lore! This time you'll be able to find out about Dr. Marie Dubois and Dr. Alexander Azimov as they stumble upon a dark secret while on their quest to somehow reverse the effects of radiation. What would you do, if your morals were shaken?! You'll get to discover that, by finding the 11 cassettes in POIs in Encounter and safely returning them back to your Shelter! Since these scientists are trying to find a way to somehow fix the catastrophic after effects of the war that left Norway in its current state, we decided to name this season Vigor Chronicles: Absolution. 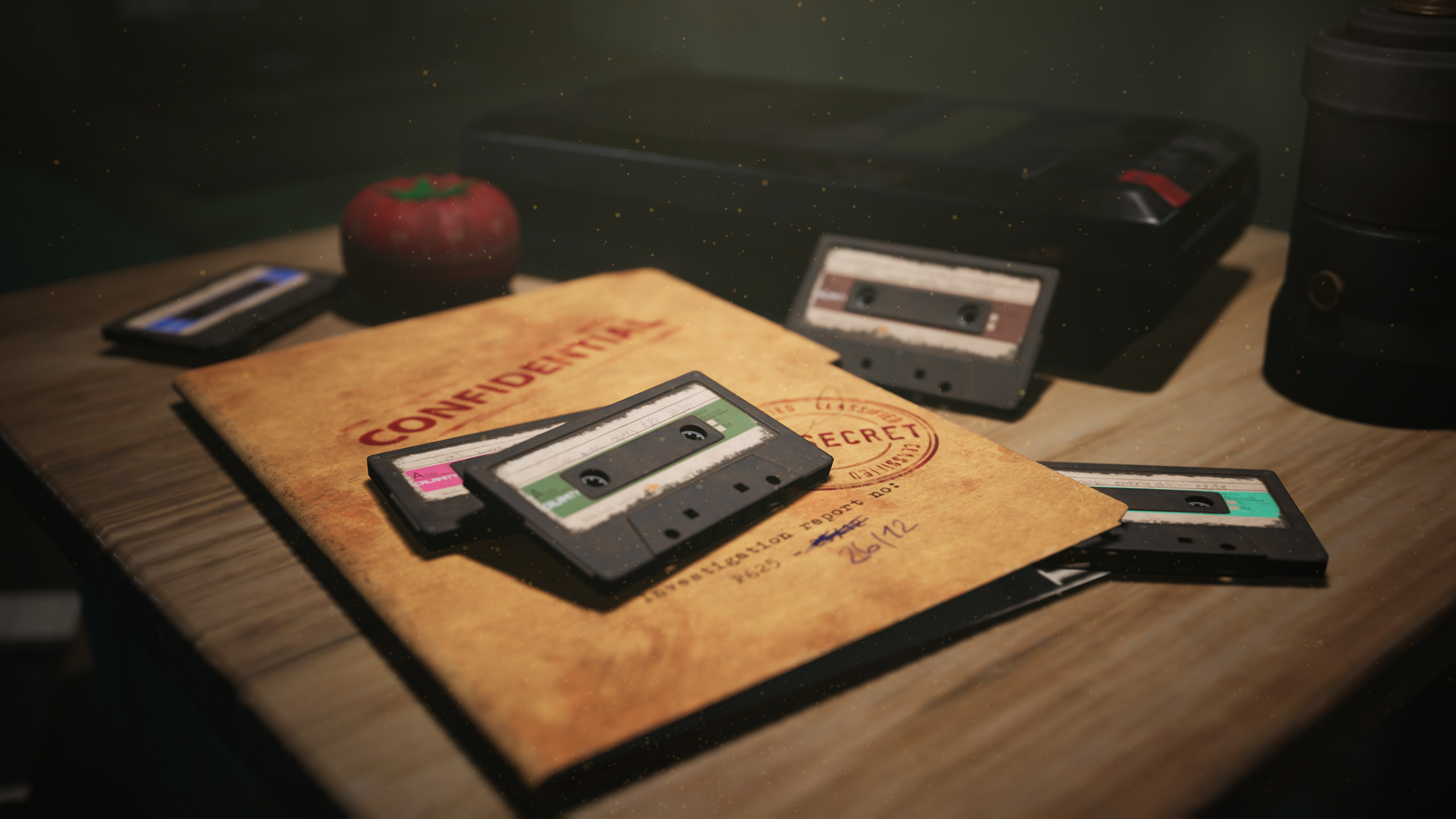 Get "Hooked" To Elimination With Fiske Fabrikk

You read that right! Elimination mode "reels in" Fiske Fabrikk, and specifically 3 locations from the map will be available to play in Elimination! We know that you've been asking for a new Elimination map for quite some time and seeing that we released Kjerstin as a Shootout and Encounter map, it was only natural that Elimination should receive some love as well. We would like to go over the rotation of the new map just to be clear. The first 5 days after the release (that means from today until Sunday June 5th), Elimination will have only Fiske Fabrikk as the available map. After that, from Monday June 6th until Friday June 10th, it will be a rotation between Anikken and Fiske (same as Shootout mode). The next weekend, June 11-12th, only Fiske will be available and after that it will be a permanent rotation between Anikken and Fiske. 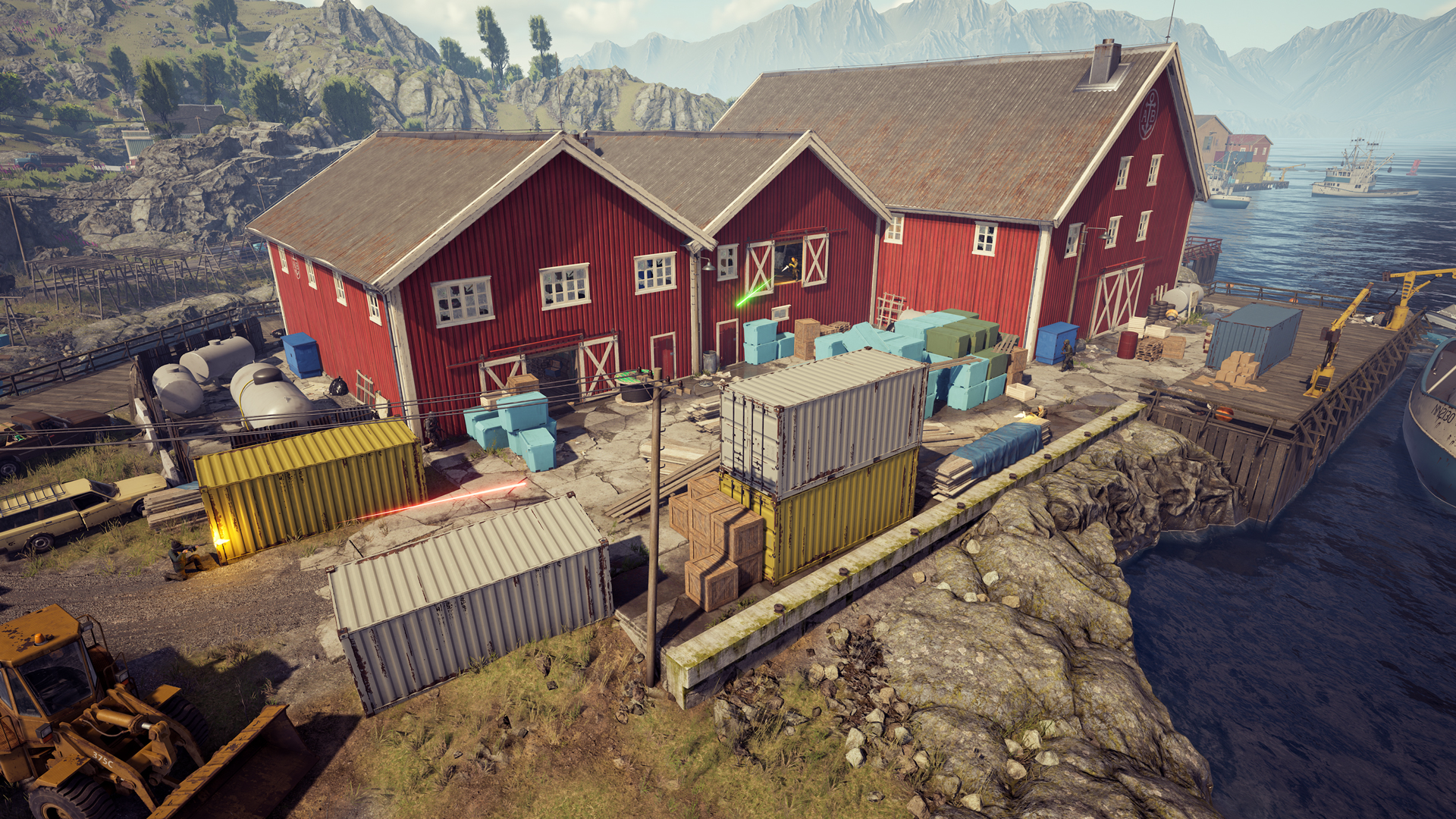 Continuing with Elimination, it's time to mention some major changes coming to this game mode! First and most important, in the pre-loadout screen, all players in the lobby will be able to buy score multiplier boosters which can be applied to all players in the lobby. The maximum number or boosters that can be purchased by players is 8 and each boost costs 10 crowns. The second important addition is the ability to purchase loadout tickets (we'll get to that in a bit)!

So this is how Elimination will work from now on:

So now you managed to pick your loadout and the first round ended. What happens next? As we said before, the loadouts are the same for the whole session and the one that you chose in the turn before will be on cooldown for a few seconds just for you so that your teammates will be able to claim it this turn. Again, if you really wish to get the same loadout as before, you can use the loadout ticket to buy it

Battle Pass Gets "Boosted" To 75 Levels

Since we will be releasing major updates further away from each other, we thought it would make sense to extend the Battle Pass to give players more time to grind. Even though the Battle Pass is now 75 levels, we tweaked the XP curve so it would reflect the additional levels. We also slightly increased the price to reflect the additional levels. So now, you can expect to receive more items, cosmetics, XP boosters etc. Let the grind begin!

Oh and speaking of the Battle Pass, this one's special as we decided on a different approach this time and added cosmetics inspired by science and arctic expeditions. Our team worked really hard on this one so you'll be able to enjoy features that you haven't seen before! Wanna run around with an oxygen mask and a gas tank strapped to your back? Now you can! 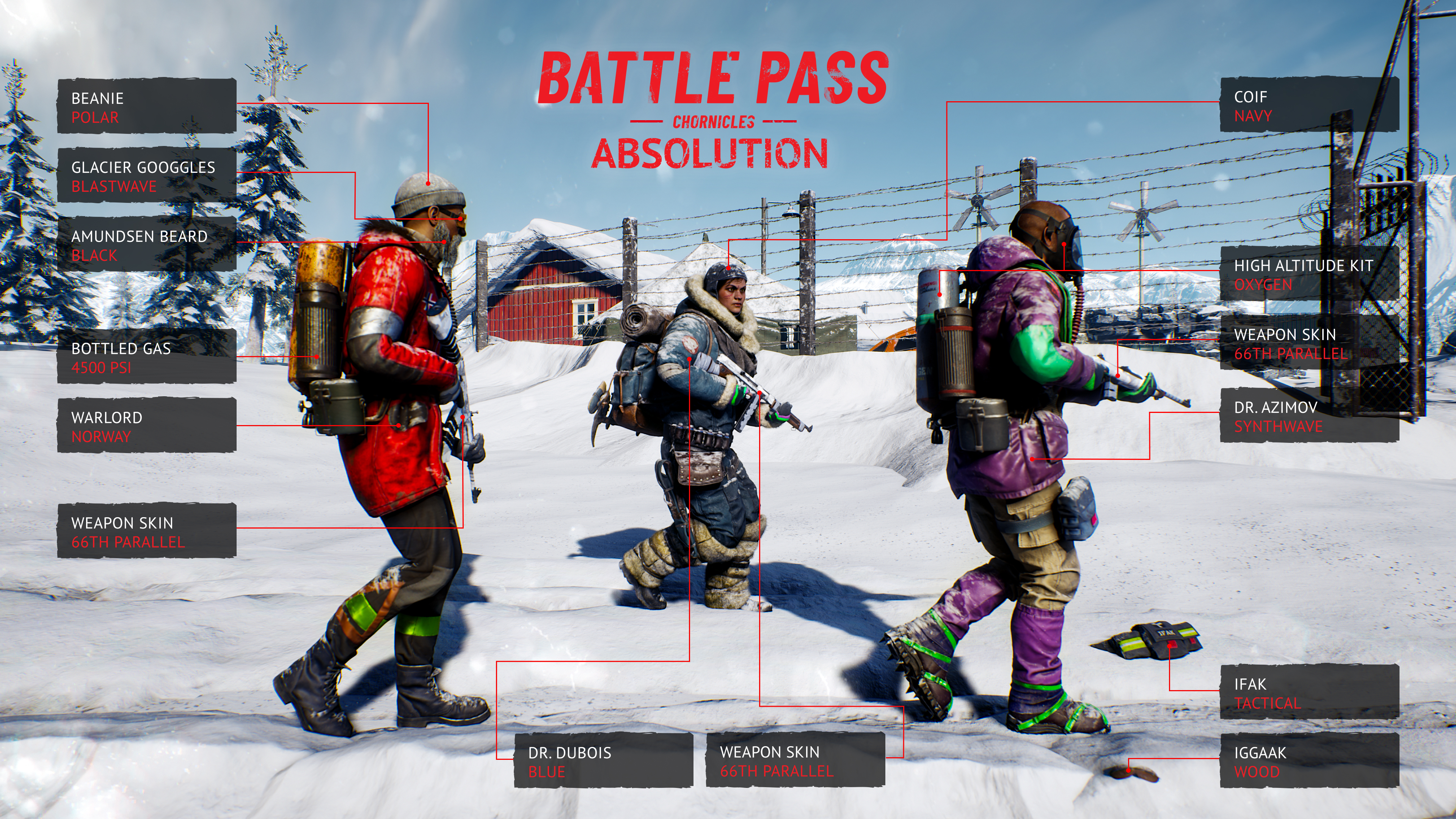 Oh, and did we mention that you can now equip beards on your character?! This is something our community was asking for a long time but it's finally here! This addition opens up more possibilities for character customizations, the only thing to do now is to wait for future variations.

The last major thing you can look forward in the Battle Pass, is the new special issue L86A1 LSW machine gun! Equip this beast and raise some hell in the Outlands. 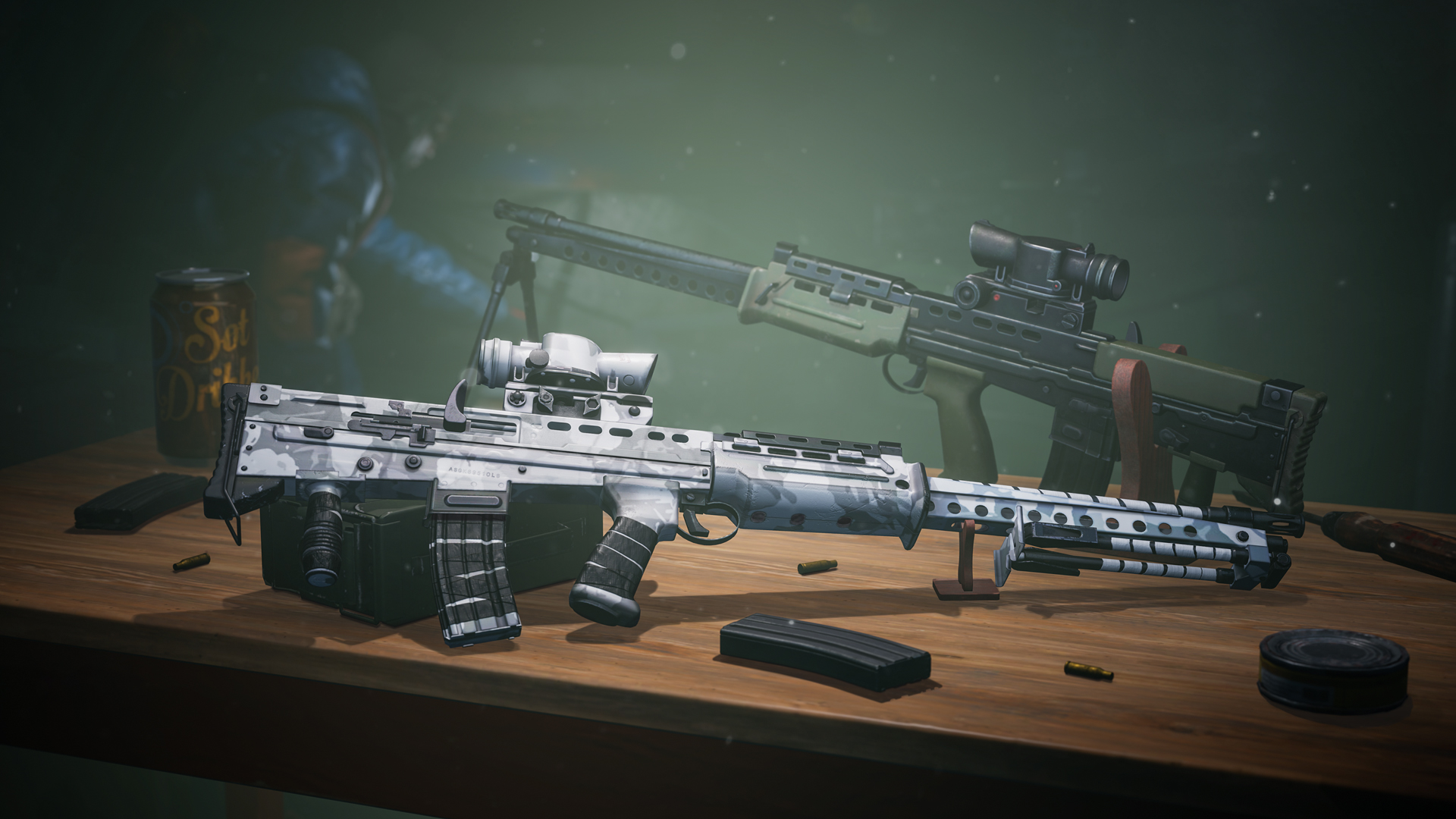 What Happens When Plutonium Goes Boom?

Imagine if you could somehow grab a vial of plutonium, stick it in a thermos and wrap some dynamite around it (actually, you can see for yourself in our new trailer!). Now imagine what would happen if it explodes. Well guess what, you can find out yourself because we've added a new type of grenade, a special issue Radiation Grenade! The way this bad boy works is fairly simple. After the grenades explodes, the area will be covered with a permanent radioactive cloud, dealing damage over time to players stuck in the affected area. The mechanic is similar to radiation damage after the cloud hits the map. If a player approaches an active zone, the Geiger counter sound effect should start ticking with low intensity, as a warning, before the actual radiation starts. This is to remind players that radiation can be just as deadly so if you come across a contaminated area, make sure to not linger there for too long! 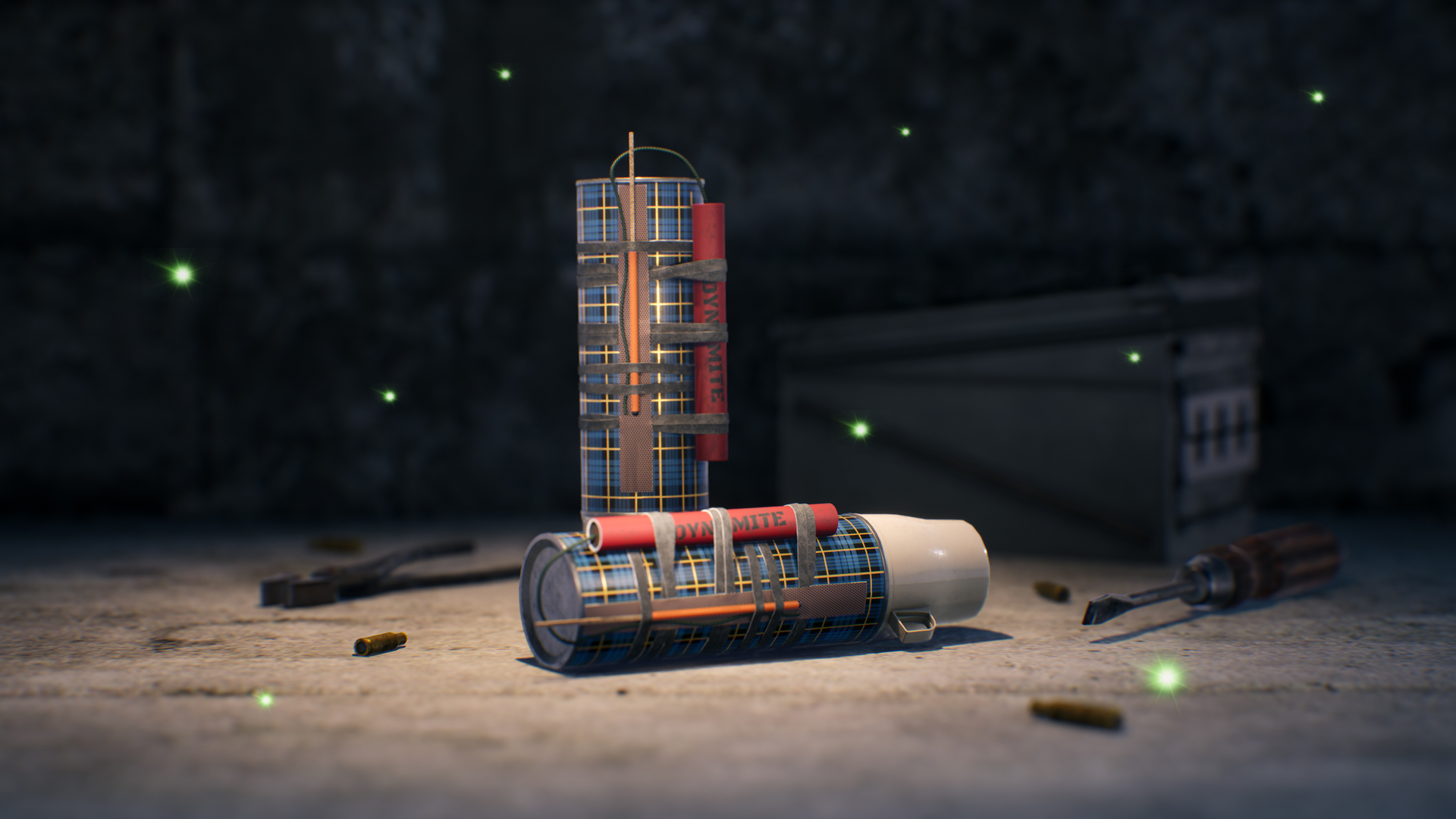 "Rerolling" The Red Carpet For Challenges

Remember the rework we did on shotguns and sniper rifles for Vigor Chronicles: Perseverance? We're doing the same, but this time for machine guns. You'll be happy to see that we aligned the iron sights for some machine guns (KK 62, RPK-74 and UK vz. 59). We also fixed the recoil and crosshairs for all machine guns to make them more easy to use! If you want to see the changes in more detail, you can head over to our changelog.

That's it from us folks! This fresh iteration of the Vigor Chronicles is super packed with features and an amazing new story to discover. We can't wait for you to see for yourselves if science can indeed bring absolution. Until then, and as always,