Release of the beta patch 1.09

Firstly, most people are aware, but for those that aren't, we released a beta patch 1.09 a few days ago, this patch contains a number of bug fixes, performance fixes as well as anti-cheating improvements amongst other things, first indications are that the majority of ArmA users are having great success with this patch so that's obviously very pleasing to all of us. As this is a beta patch your feedback is really useful to us to make sure that the final version is as stable and complete as possible.

Here are a few links to visit: 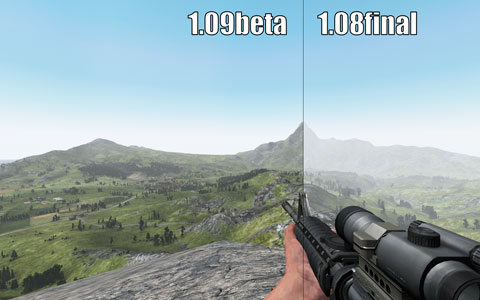 People who changed the world (well our little corner of it)

The history of BIS/Flashpoint/ArmA has been shaped by a number of special and dedicated people, some from BIS, some from the various companies that produced, packaged, published and promoted BIS and our games. To that end what I plan to do in these community blog posts is interview various people from within BIS, within the companies who were part of Flashpoint/ArmA being brought to you guys as well as various people from different walks of life in the community.

When choosing the first person I wanted to interview it wasn’t a difficult choice, of all those people past and present who have released addons/mods there is one person who helped shape the past and present of the community, that person is Kegetys, to anyone who has been around since day one of the original Flashpoint demo you cannot fail to know the name and the contribution he has made, to those of you who perhaps didn’t become too involved in the Flashpoint addon scene, or are "Johnny come latelies" to BIS' games then here is an interview with Kegetys which I hope will be interesting and educational to all.

Click the image to view the original trailer released by Kegetys that caused such a buzz within the community (and BIS headquarters!)