It was a quiet start to 2021, as we shook off the year that was and began settling into the year to be. We dusted off our desks, tied up some loose ends, and began working on all the fun and excitement to come.

While this month’s recap is a tad lighter than previous renditions, rest assured there will be plenty of news to report in the coming months. With that in mind, let’s dive right into January’s highlights.

We started the year with our Bohemia in 2020 blog post, which features a quick and informative roundup of what we accomplished last year, and briefly touches upon what to expect in 2021.

In other news, our logo got a minor facelift this month, which optimizes its recognizable look for contemporary use.

And what would a new year be without new employees? We’ve already added a few fresh faces to our team and are eager to have more of you join us. Head on over to our careers page and see if there’s a perfect fit for you. 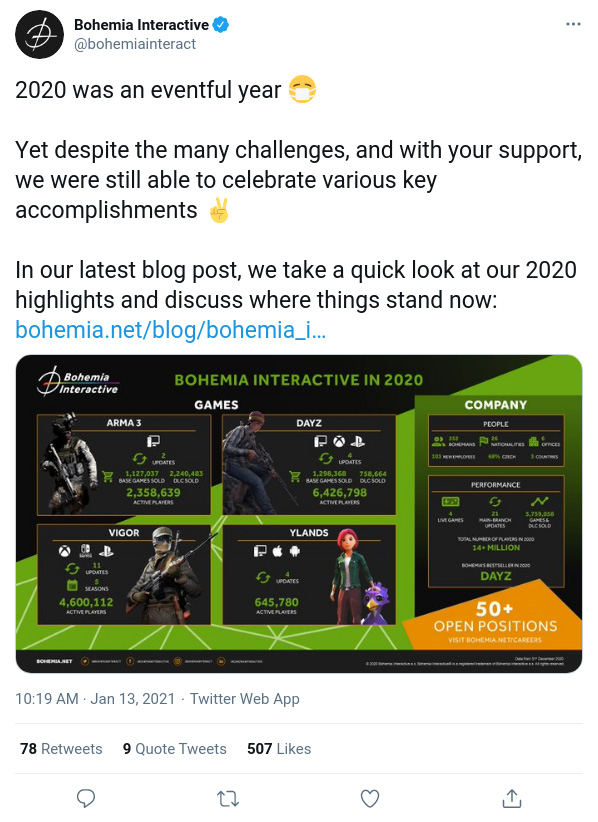 We've been busy making plans for 2021, so it was a tad quiet around here this month. Nevertheless, there were a couple of highlights that stood out.

First off, we decided to extend Season 6: Junkers and added 25 levels to the battle pass for good measure. We also held a Double XP Weekend between January 22-24, which offered players (especially those on PlayStation) the ability to finish the battle pass and gear up for the new season. Finally, we reached out to our loyal and active community for some new Vigor memes and were not disappointed. 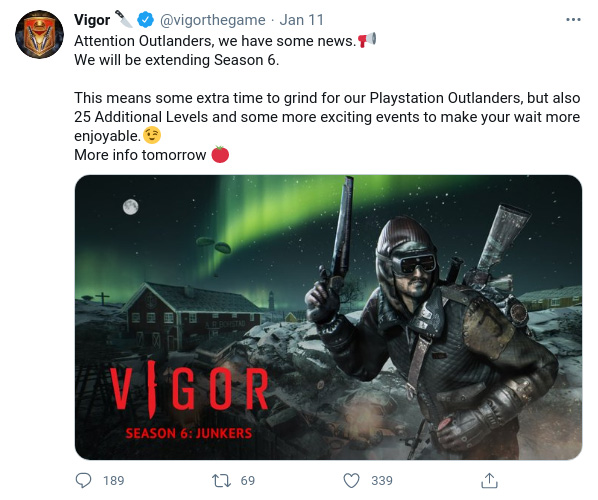 Our biggest news by far this month was the announcement of our very first Creators Competition winners! Check out our video highlighting the top 5 entries, as well as our Dev Diary for a complete list of winners. We can’t stress enough how impressed we were with all the games that were submitted and want to thank each and every one of you for participating!

Moving on, we’re thrilled about the cool and frosty goodies that will be heading your way in update 1.5.1. Can’t wait to learn more? Then head on over here for a sneak peek at some of the fun things you can expect.

For all you builders out there, you’ll be happy to learn that there are plenty of changes coming to how you build things in Exploration. Read all about it in this informative Dev Diary.

And finally, make sure to catch us on Twitch if you haven’t already. Naru streams every Tuesday, while Adam spins his magic on Fridays. The streams are loads of fun and not to be missed! 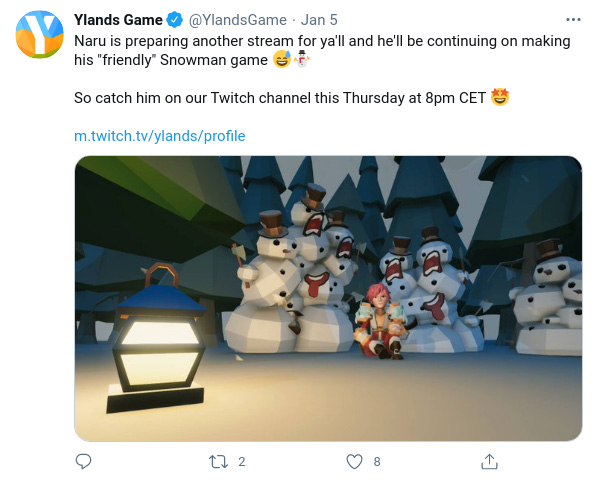 January was the month where we worked on stability and maintenance here at DayZ. Preparations are underway for our 1.11 Stability update, and we also began our Experimental update 1.11 for both the PC and Xbox. Check out our changelog for a complete list of changes, fixes, additions, and more.

We’ve got a lot of great things planned for DayZ this year. As a result, we’re looking for an experienced programmer to join our team. Make sure to check our job listing if you’re interested, and don’t hesitate to get in touch if you think you’re the right fit. 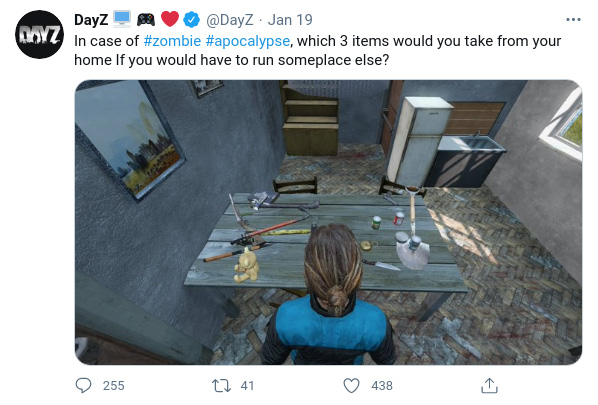 Arma 3 kept rolling along in 2020, boasting an impressive 2,358,639 active players. We’re both humbled and amazed the game’s popularity has remained as strong as it has throughout the years and want to thank all of you for making it so.

Meanwhile, Live Ops mode continued this January, though that’s not the only news to report. We’ve been working hard on our Charity DLC, Arma 3 Art of War throughout December and January so we can release it during Q1 of this year. Furthermore, our external dev partners in the Creator DLC program have been hard at work, and we hope to publish new projects in 2021.

Another thing we’re hoping for is a part-time Community Manager located in Canada or the U.S. to help us serve our North American community better. Check out our job listing and drop us a line if you’d like to join our team. We'd also like to remind everyone that we're still taking applications for the Arma 3 Live Ops Engineer vacancy. 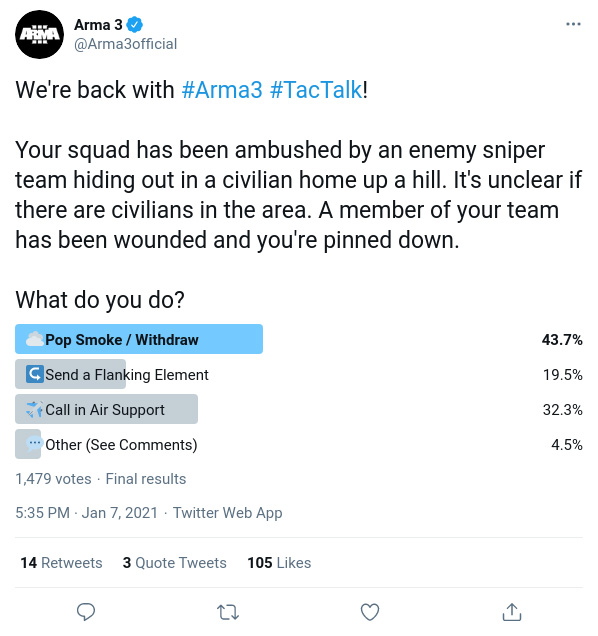 Buckle up mini survivors, because 2021 is going to be a fun ride!

We broke it all down in our blog post, which offers readers a behind-the-scenes look at a military base we’ve been working on, as well as a bunch of other cool developments. These include a balance update, new non-playable characters called Bandits, an open-beta test aimed for the end of March (to be confirmed), and multiplayer capability! We also shared one of our concepts for an in-game Raid map, which will take note of all the important locations you discovered during the Raid. 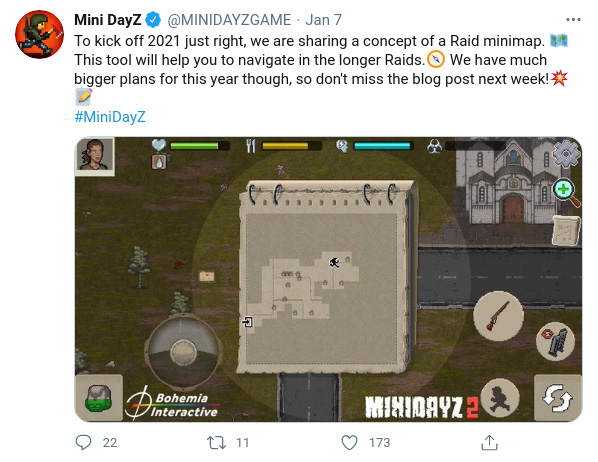