If there's one thing we can take away from last month, it's that all of our lives can change in just a matter of days or weeks. Luckily, after quickly adapting to the measures taken against the spread of COVID-19, most of us here at Bohemia Interactive have been able to carry on without major interruptions or changes to the schedule. As such, let us continue our new tradition, and share a brief recap of our key announcements and public activities in March.

While our company remains relatively unaffected as of yet, it's clearly not business as usual. Due to the coronavirus/COVID-19 outbreak, our IT, HR, and Operations departments have worked hard to create the infrastructure so that most of our employees can work from home. For those who are curious, we've issued a quick status update on how we're dealing with the current situation, which you can read in another bohemia.net blog post. In short, you do not need to worry about us. Instead, we wish everyone that's affected by this crisis the very best, and want to express our utmost gratitude to all the people who are helping to keep society functioning during this difficult period.

To reflect on last year, which was the busiest year in our company's history, we recently shared some insights into our sales figures and player numbers in 2019. Despite various struggles and the need to still further improve our company, we're pleased to report excellent performance across the board. Bolstered by this success and your support, and despite the terrible virus outbreak, we believe to be in an excellent position to keep supporting our live games, while also focusing on future endeavors, in 2020. Check out our blog post on this topic for more information (and see the handy infographic below). 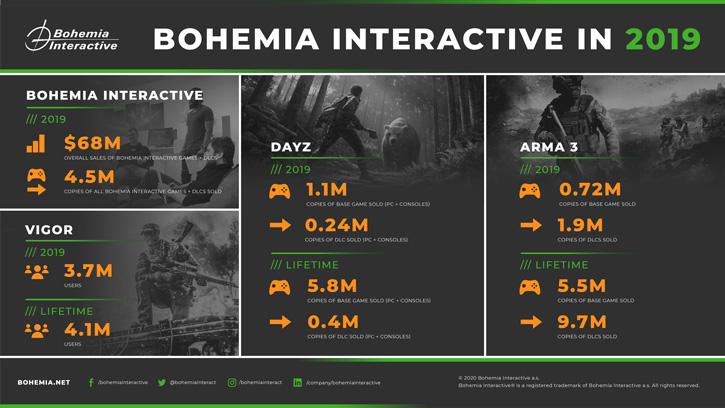 This past month a lot of the work done by our people might not have been publicly visible. And that will be the case for many more months to come. However, rest assured – behind-the-scenes – we're making some very solid progress, particularly with regards to a future powered by our new proprietary Enfusion engine.

Meanwhile, we've continued our series of employee interviews. You can read the latest "Meet the Bohemians" with Ylands Designer, Svyatoslava Raskina (a.k.a. Clair), on our blog here. 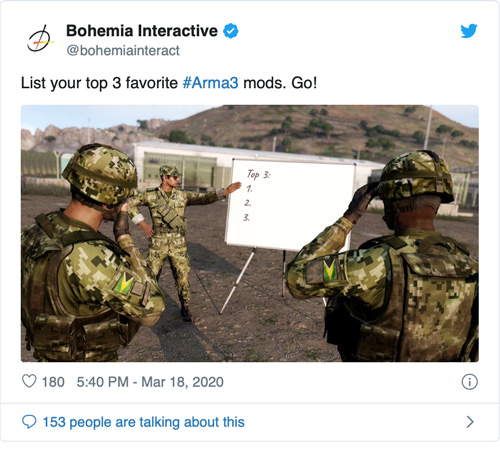 Vigor's 2.2 Update hit the Outlands on March 18th. This update implemented leaderboards, weapon stats, camera improvements, a new featured map system (kicked off by a fresh winter variant of the Batterie map), and much more. The changelog is located here.

Equally exciting has been the surprise announcement that Vigor is coming to Nintendo Switch™ (with all of its bells and whistles). Developed by a separate development team, this upcoming version of the game was revealed in the latest Nintendo Direct Mini, which aired on March 26th. Our next course of action is to host a Switch Closed Beta. This technical test will start on April 9th. Later, with the full release of Vigor on Nintendo's (portable) gaming system, Outlanders on Switch will be able to play together with those on Xbox One via cross-play. That will be particularly beneficial for the matchmaking experience on both platforms. Go and watch our announcement trailer for a first good look at what to expect from Vigor on Switch. 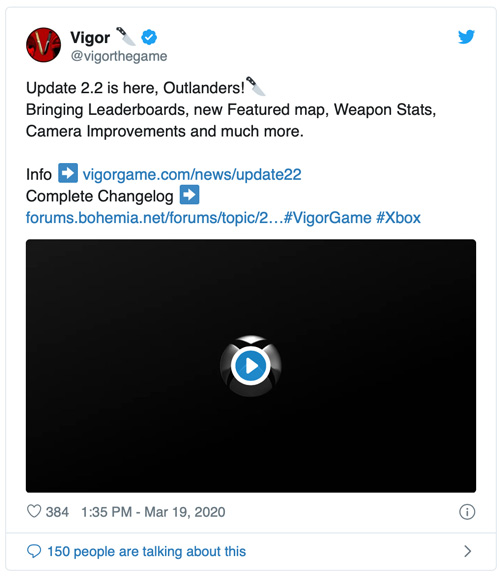 Ah yes, the update that all adventurous souls have been waiting for was finally set free on March 24th! Ylands' major 1.2 "Astonishing Adventures" Update is filled to the brim with content: new creatures, a new elvish race, new fantastic assets and compositions, and much more to put a little fantasy into your Exploration and custom games. The Editor has been enhanced as well, with a fancy new particle effects editor, a totally reworked UI, a host of new quality-of-life improvements, and more handy features.

The Ylands development team has already set their eyes on the horizon and are now working on future updates. If you want to know what's next, you can follow along the game's 2020 roadmap, which was published just a few weeks ago. 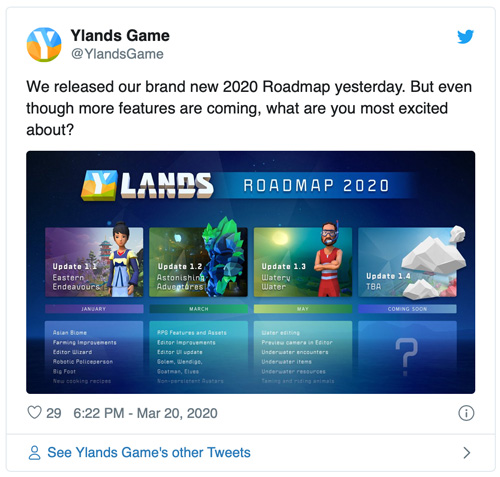 During March, we deployed two hotfixes for DayZ Update 1.07. These addressed a few critical issues such as potential game and/or server crashes. The changelog for these hotfixes can be found on the DayZ forums. Our team has also started to work on the next game update. More details will be shared at a later date.

Just before events were cancelled due to the coronavirus, two members of our DayZ marketing team were still able to attend PAX East 2020 in Boston. They even hosted a small party where fellow DayZ players could meet up in real-life. For those who couldn't join, we made sure to post a blog and video so everyone can get a sense of what this fun little event was like.

PSA: DayZ is currently on sale on the Bohemia Store (PC), Steam, PlayStation, and Xbox.

Arma 3's sudden increase in players suggests that most people are indeed following orders and are staying at home as much as possible. We agree that exploring the virtual worlds of Altis, Malden, Livonia, or Tanoa is an excellent alternative to heading out into the 'real thing,' at least for now.

Speaking of Tanoa, we've begun preparing for the rollout of Arma 3's upcoming 1.98 platform update, which will introduce the "Old Man" open-world, singleplayer scenario – a free addition for all Arma 3 Apex owners. If you want to help us test a nearly final version of update 1.98, you can switch to Arma 3's RC-Branch by following the instructions provided here. Changes to this RC-Branch are documented on the Bohemia forums.

Throughout March, our COMRAD kept track of all activity within the Arma 3 community. You can find a detailed report on the Arma 3 website. To get to know some of our community members a bit better, we've also conducted additional "Community Profile" interviews, this time with content creators IceBreakr (Slovenia) and Whiplash (Portugal). 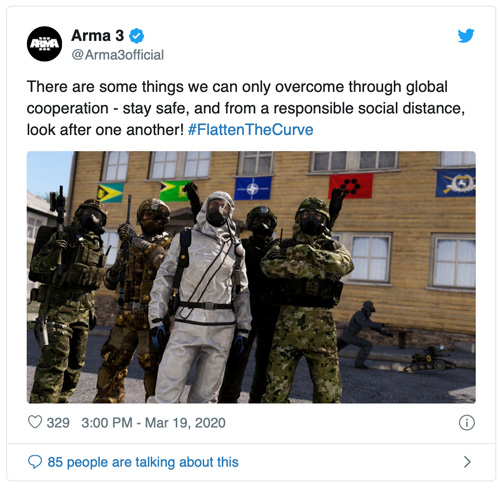 Okay, that should cover most of the things that happened in March. April will no doubt remain a bit tumultuous, but together we'll make it work – of that we're sure. Remember to follow us on Facebook, Twitter, Instagram, and LinkedIn, so we can always keep you informed on what's happening here at Bohemia.